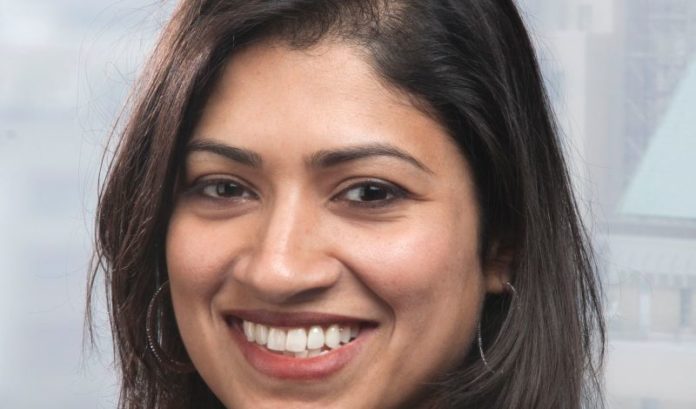 After a hot few years for mergers and acquisitions, local experts checking the market’s temperature today say it’s in no way immune to the pandemic’s chilling effect.

Throughout the peaks and valleys of COVID-19’s local infection numbers, attorneys and advisers who handle the purchase and sale of businesses have been seeing mostly flat-lined activity. But, there have been some exceptions, as well as some inklings that activity might be on the rise again.

Certainly, Lisa Banker, partner and principal at Ernst & Young, said the worst decline in M&A was early on.

“Following the crisis, we saw a sharp decline in activity, as you can well imagine,” she said. “As far as a rebound of activity to the levels before the pandemic, we don’t expect it’ll be quick.”

Banker and other experts are finding that companies in the current landscape generally fit into three categories: Those that weren’t considering exit strategies before the pandemic but have been forced to, while watching their profits cut down; those that were considering a sale, but don’t see now as the right time due to how the pandemic is slicing valuations; and well-capitalized buyers that are interested in acquisitions precisely because of those sliced valuations.

In all cases, there’s not enough interest for deals to proceed at more than a crawling pace. That’s not what those in the M&A world have been accustomed to, but they understand it.

Robert Anderson, attorney at Lindabury, McCormick, Estabrook & Cooper P.C., said that, for the companies offering themselves up to be acquired, it’s complicated to pull out of an ongoing deal — maybe one started right as the pandemic erupted onto the world stage. But slowing a deal down isn’t complicated at all.

And those that would be buying the companies aren’t always rushing the situation.

“If you think about the big picture of mergers and acquisitions, you’re trying to predict the future as a buyer: ‘If I get this business now at this price, it’s going to be worth more down the road,’” Anderson said. “With COVID-19, worldwide lockdowns, disruptions in supply chains and the workforce, those predictions are difficult.”

For that reason, Anderson said there are less businesses than one might expect looking to lock in deals at what might be a discount — assuming the economy doesn’t get worse before it gets better.

“For at least the past three years, it has been a hot market, a seller’s market, because, for the buyers, the future looked bright and they wanted to be a part of it,” Anderson said. “I suspect now it’s going to be more of a buyer’s market, as you have fewer parties willing to make that jump.”

When the economy is walking an uncertain path between both poles is when either party can get analysis paralysis, as Jeffrey Cassin, counsel at Scarinci Hollenbeck, puts it.

“Sellers are hesitant to sell at lower valuation if they think things will pick up and buyers are hesitant to offer higher purchase prices if they think there’s any risk of the business they’re acquiring tanking,” he said.“So, you end up with that decision paralysis in times of instability. That’s what we’re going through now, and a lot of curtailment of activity as a result.”

There are also some logistical challenges for both parties negotiating transactions. From a due diligence perspective, there are some difficulties that have arisen in sorting out how the Paycheck Protection Program and other relief funds might affect businesses involved in a deal.

Additionally, while M&A consultants have closed deals using online tools for a decade or more, having clients never meet face-to-face poses some issues. Various studies have shown that corporate culture is the glue that holds companies together after an acquisition and that culture mismatches are often what leads to those partnerships failing.

“And, right now, you can’t really get to know people, which doesn’t help with that decision paralysis,” Cassin said. “You can’t get information you need in a lot of ways, and that can have an impact.”

Others in the industry place at least part of the blame of the M&A slowdown on the Zoom-dominated virtual meeting environment.

“In terms of the moving of deals forward when parties are stuck negotiating, there’s nothing better than saying, ‘Let’s get everyone in the same room and hammer it out,’” Anderson said.  “No one is getting in the same room as anyone at this point.”

Videoconferencing is a good alternative to nothing, he added.

“But I still think there’s something a little different when you can hit a button and walk away,” he said. “I believe that in-person environment does put the pressure on to get something done in a way that being physically separated doesn’t.”

How motivated buyers and sellers are to move ahead with deals in this market also largely depends on what sector they’re in.

Alan Sobel, managing member of SobelCo, said some industries are focused almost entirely on just stabilizing their own business, and not entering into new arrangements with others.

“There are industries that are clearly doing better — including life sciences, professional services, IT and technology — and some that were suffering to begin with — retail, entertainment — that are trending down even more,” he said.

M&A advisers have seen some indication that activity is picking up as of early June, but, as Banker of Ernst & Young said, a full recovery is likely a long way off.

As far as when more of the companies that have refrained from M&A activity during the pandemic might resume it again, experts say that largely depends on when COVID-19 is less of a pressing concern.

“And there’s hundreds of differing opinions on how this will shake out and what the recovery curve will look like,” Banker said. “You really just have to plan different scenarios and figure out what the plays are based on what comes to fruition.”

Historically, the Garden State has been an especially active market for mergers and acquisitions.

Coming out of the pandemic few saw coming and the unprecedented economic shutdown that it resulted in, M&A professionals expect the state might become even more active.

“New Jersey, for out-of-state and foreign acquirers, has already been seen as a strong M&A market to look at, not only due to its access to airports and proximity to the New York market, but its strong manufacturing base,” he said.

Scharfstein also wonders if the state’s available pool of talent — another brandished perk of the Garden State — might become even more impressive in a post-pandemic environment.

“A lot of the talent working on the other side of the state border, in New York, are professionals already living here who, after the pandemic, might want to stay closer to home,” he said. “They might have been excited about working in Williamsburg before, but now see New Jersey as a more attractive spot to work.”

Beyond the firm: Not all CPAs work with peers — and...