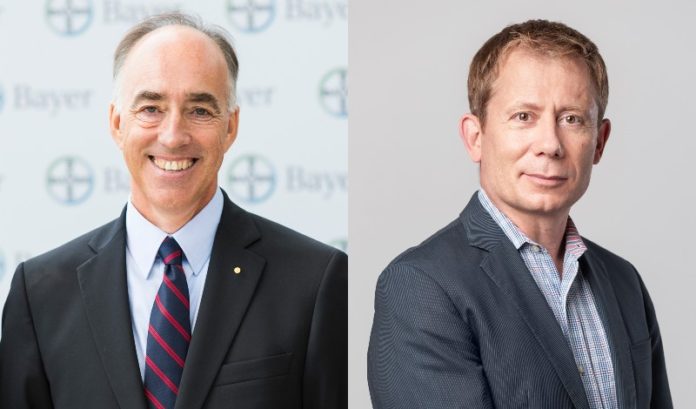 After nearly a 40-year career with Bayer, Philip Blake, senior Bayer representative and president of Bayer U.S., announced on Tuesday his plans to retire, effective July 31. Blake will remain with the board as a consultant until the end of the year.

The German-based chemicals and pharmaceutical group, which has a major presence in Whippany, said that, since 2012, Blake has been tasked with leading all U.S. activities of the worldwide Bayer Group. He previously served as CEO and president of Bayer Inc. and head of Bayer HealthCare in Canada.

“Leading the phenomenal team at Bayer U.S. has truly been the highlight of my career,” Blake said. “To have been a part of this company over the last four decades has been an incredible experience, and I am honored to have been entrusted with the mission of leading the company’s presence in its largest market globally.”

Patrick Lockwood-Taylor, the current regional president of Consumer Health North America, will take over Blake’s role on Aug. 1. He will continue to serve in many areas of his current role on top of the new appointment.

“I am deeply honored to have been appointed to this role and to build from the strong foundation Phil and the country leadership team have created,” Lockwood-Taylor said. “There is tremendous opportunity for growth for Bayer in America, as the leading life science company. I cannot speak highly enough of the exceptional leadership Phil has brought over the past eight years. He will be greatly missed.”

Lockwood-Taylor joined Bayer Consumer Health in 2018 and is also a member of the Consumer Health Executive Committee and the Bayer U.S. Country Leadership Team. Before that, he was CEO and president of The Oneida Group Inc. Previously, he spent 20 years with Proctor & Gamble in a variety of capacities. He also was vice president of both Personal Health Care North America and Global Digestive Wellness.