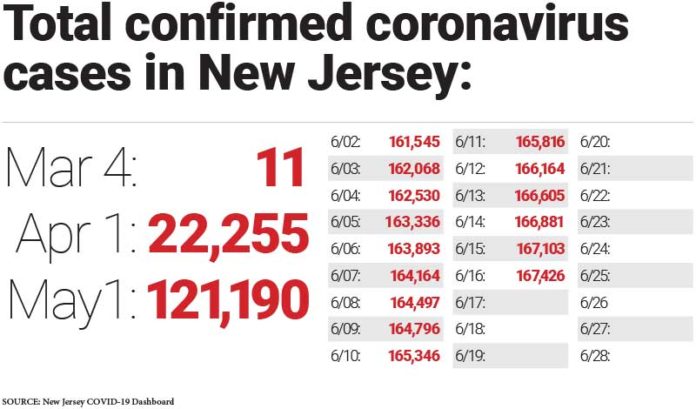 New Jersey Economic Development Authority CEO Tim Sullivan said he hopes money from Phase 2 of the state’s small business emergency grant program will begin being shipped to companies by as soon as this weekend.

The state began taking applications for the $50 million fund last Tuesday — and has received more than 30,000 in total.

Sullivan said $5 million of the fund was reserved for those on a waiting list from Phase 1 of the program, earlier in the spring. That money, he said, has almost all been shipped out.

“We expect to begin hitting the approval button, hopefully by the weekend, on the first crop of applications,” he said.

The deadline, Sullivan said, is not an issue.

“I’ve got plenty of things to worry about; getting that money out the door is pretty low on that list,” he said. “That money will be out the door in the next couple of weeks.”

Other notes from Tuesday’s briefing: 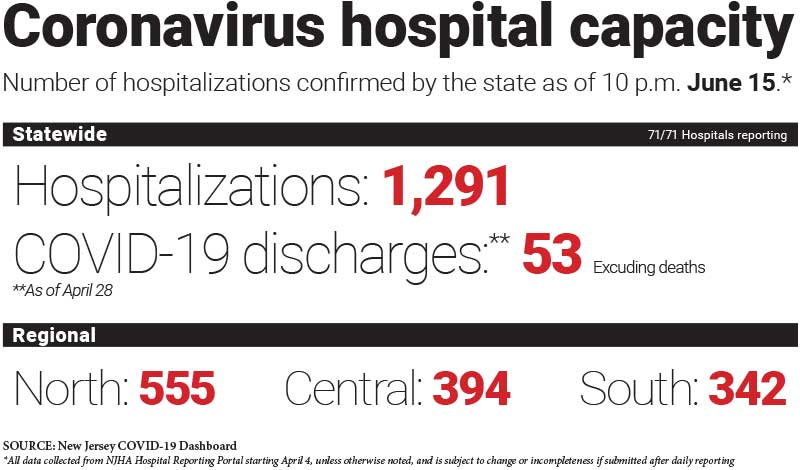 The top hospital metrics continues big drop. The numbers, as of 10 p.m. Monday:

Murphy spoke passionately about the Supreme Court ruling in favor of LGBTQ protections.

“I join with the many, many New Jerseyans celebrating yesterday’s landmark Supreme Court ruling protecting our LGBTQ+ fellow New Jerseyans from being discriminated against in the workplace,” he said. “That the question of whether an employer could fire an employee — especially one proficient in their jobs — simply because of their identity or orientation even had to go to our highest court was absurd in and of itself.

“But, the fact that the opinion telling us the logical answer — no, they cannot — was one that largely united the court’s two wings should give us hope for our future. And, it’s fitting that this ruling came right in the middle of Pride Month, and just shy of the anniversary of the Stonewall uprising.

“Thankfully, what is now the law of the land has already been the law in New Jersey. And, we will continue to stand by our LGBTQ+ family, friends, neighbors and colleagues in all we do.”

Murphy, after hearing State Police Superintendent Col. Pat Callahan and chief of staff George Helmy have been named in a lawsuit filed by Chris Neuwirth, an assistant health commissioner who served under Health Commissioner Judith Persichilli, but was recently fired:

I literally don’t know where we would be without Pat Callahan and George Helmy. They, along with Judy, are heroes, and they earn that every single minute of every single day. I cannot even fathom what our state would look like without them and without Judy.”