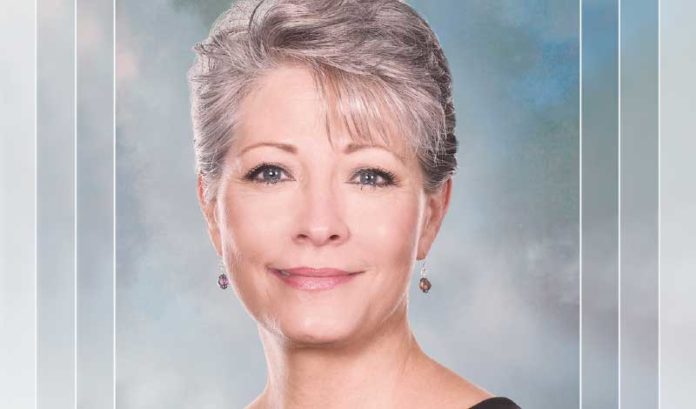 Heading into 2020, taking a business global was next to an imperative; just a month or two into the year, it was closer to impossible.

Business consultants and international trade experts say there’s starting to be a real rebound from the planet-wide COVID-19 pandemic, but there’s going to be a lasting impact nonetheless on the way global business is conducted.

Lisë Stewart, who mostly advises local midsized businesses as principal-in-charge of EisnerAmper‘s Center for Family Business Excellence, said the overnight shutdown of some of the world’s major economies was a dilemma for businesses throughout February, March and April.

“At first, the impacts were fast and serious,” she said. “For those companies with international operations, particularly in China, there was an immediate halt to shipping, difficulty with getting orders filled and gaps in information, which made it difficult to plan.”

Measures of economic output such as China’s manufacturing indexes reported an upswing of activity in May. Other global markets are showing some signs of recovery — all at different rates, corresponding to the disproportionate number of COVID-19 cases countries have experienced.

Even with the threat of a predicted second wave of infections hanging over global economies, business consultants believe local businesses with ties to overseas markets are more prepared now for choppy waters after making appropriate adjustments to their supply chain.

For now, Stewart said those businesses are getting back to a sense of normalcy — and, in some cases, even thriving.

“Since those initial weeks, many of our clients are reporting that business is picking up, there is a ‘new normal’ that is working for them and they have been able to find adequate workarounds to solve their problems,” she said. “It is amazing how resilient so many of our clients really are.”

Max Crane, managing partner at Sills Cummis & Gross P.C., has seen the same. He attributes it to an expeditious change in strategy.

“By now, most companies that I’ve spoken to have figured out workarounds,” he said. “What has been happening, and what I think will happen going forward … is you have companies no longer putting all their eggs in one basket.”

As the pandemic crept into different corners of the world, markets had vibrant consumer activity and productive manufacturing bases one week — and then were the worst place to have suppliers and customers the next.

While China’s economy came to a halt early, Europe’s was still gleaming. Then, the situation basically reversed. The lesson global businesses learned from that is that economic downturns during a pandemic situation affect markets at different times and in different ways.

Crane said that’s why you’re starting to see global businesses split up their supply chains instead of having them consolidated in one area.

“Especially on the manufacturing side, a lot of businesses are looking to have multiple or alternative supply chains or creating some redundancy,” he said. “Whether it’s China, Mexico or India, people’s eyes have been opened to why it’s not good to expose yourself in such a flagrant way to a crisis in a particular part of the globe.”

What has at least entered into the conversation is how beneficial it might be to pull away from international manufacturing and center more of it at home, something proponents of domestic production have pushed for in reaction to an increasingly globalized business environment.

Denis G. Hamilton, an assistant professor of professional practice in the Rutgers Business School‘s Department of Management & Global Business, said the ongoing tug-of-war between globalization and nationalism in international trade discussions has been amplified by the crisis.

“The pandemic, which resulted in shortages in the (country) of critical medical supplies and pharmaceuticals, brought to light the growing dependency on non-domestic sources for certain vital products,” Hamilton said.

What has been the advantage of centering supply chains solely in a market like China is the lower cost of it relative to what it would be in the United States or other markets.

For all that’s changing during the pandemic, and for all that might still change in the year ahead, that’s still a factor.

“So, what a lot of companies are struggling with now is whether it’s maybe worth paying more for the possibility of more certainty,” he said. “But, generally, I think smart minds doing business overseas …. are going to try not to be overly reliant on one overseas provider.”

Since students last walked through classroom doors, scholars have done a lot of thinking about what a curriculum that accounts for coronavirus might look like.

While global supply chains have been disrupted by efforts to prevent an uncontrolled spread of the virus, the pandemic’s political climate has further set the stage for disruption to global business.

“The rhetoric from the U.S. has not been favorable towards organizations like the WTO, for example,” Hamilton said. “This is an organization that helps mediate trade agreements and disputes between countries, among other things. As there is less confidence in trade agreements being honored or enforced, then there is more risk in developing such agreements, which can further restrict international trade.”

Those in global business know to keep a close eye on diplomatic relationships, which can have an obvious impact on trade. To that end, Hamilton said one of the world’s main players in global trade, China, is believed by many to have been responsible for mishandling the coronavirus response. That has some governments calling for them to be held accountable for the pandemic.

But those studying this area already know to expect unforeseen events will be part of the global business dynamics. To use an easy cliché: The more things change, the more they stay the same.

“What we’ve talked about is how international businesses need to expect things won’t go as planned,” Hamilton said. “You can put a strategy together and implement it from what you know from research, but as an industry practitioner, you have to anticipate things are going to change.”