Home Health Care Health systems able to quickly get up to speed on backlog of...
Facebook
Twitter
Linkedin 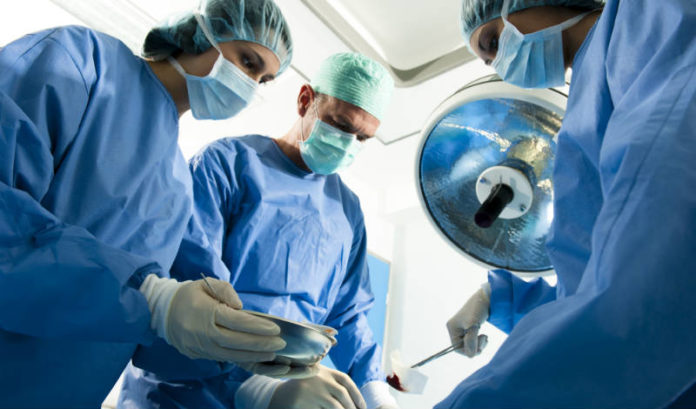 Knee and hip replacement … colonoscopies … various cardiology procedures. When hospitals across New Jersey were allowed to resume elective or non-essential surgeries and procedures May 26, these were the most common need, leaders at two of the state’s biggest health systems said.

Fortunately for patients in need, officials at both Hackensack Meridian Health and Atlantic Health said they were in position to handle the backlog from the start.

Mark Stauder, the chief operating officer for Hackensack Meridian Health, said the system did more than 5,000 surgeries in the first two weeks since it was allowed to resume — estimating HMH did about 75% of the volume it would have done during the same time period the year before.

James Wittig, the medical director of orthopedics and orthopedic oncology for Atlantic, said the system was able to do nearly 90% of the orthopedic procedures it would have expected to do.

The ability to so quickly resume a heavy schedule is good for both the systems — which need the larger financial benefits they gain from these procedures — and patients. Both Stauder and Wittig said that, while many procedures can be considered non-essential for a period, they are all ultimately necessary.

“We like to call them scheduled surgeries,” Wittig said. “They are surgeries that patients need, but perhaps the timing is somewhat elective. But they are for things that can’t be put of forever.”

Non-essential surgeries were halted March 27 — meaning there was a two-month backlog of cases. The financial impact this has had on hospitals has been severe — although it’s too early to attach a dollar amount to the issues.

What is known is which procedures were most in demand.

At HMH, the top surgeries in the opening weeks were gastroenterology procedures, particularly coloscopies, Stauder said. Some were for routine screenings, other were diagnostic because of symptoms and some were repeat procedures based on previous findings, he said.

This, Stauder said, could be expected. He said he was most surprised by the amount of orthopedic surgeries. Perhaps not surprisingly, the patients getting those surgeries was skewed in a different way.

Surgeries for adolescents — all of which had been sidelined from sports — were way down, he said. Surgeries for seniors were way up.

“The most significant of the volume is the total knee and hip replacements,” he said. “Patients who are typically older do become more frail, and they have more complications or comorbidities because of their sedentary lifestyle.”

Determining who went first was key, both officials said.

“We have a clinical assessment model at every one of our hospitals,” Stauder said. “We’re trying to prioritize based on needs — so it’s a decision based on clinical need and clinical prioritization.

“It was not a first-come, first-served structure.”

Both officials stressed their numerous hospitals all had numerous safety precautions in place. Masks were required by providers and patients, there were temperature checks, thorough cleanings and — most importantly — all patients were separated from those with COVID-19.

Stauder admits there is still some hesitation among the general public, but he said it lessens by the day — and he feels it is helped by those who have procedures.

“There’s still a concern among the community,” he said. “That’s why we’re working hard to explain all that we’re doing around cleaning, around cohorting patients, having COVID units and non-COVID units. We test air and surfacing. Masking 100% of workers and patients, limited visitations. Taking temperatures.”

All of this takes time to resonate, he said.

“Changing an environment is not like a light switch,” he said. “People have to have the experience —and then talk to their family and friends about their experience. This is a journey and a process.

“As time to goes on, as there are more great experiences and patients talk to their family and friends, there’ll be less hesitation to come in and seek care.”

The health care providers are eager to see patients.

“People responded unbelievably well with COVID,” Stauder said. “Everybody jumped in and did what they needed to do to support the community, and they were open and eager to do what was necessary.

“But, I would say they are in their specialty because that’s where they want to be. So, team members and doctors can go back and do what they trained to do and what they love to do.”

“There is a passion amongst the doctors and the nurses and the surgical techs that work in the OR,” he said. “And I think we all very much missed that. Now that we’re back together, I think there’s great enthusiasm about getting back to doing what we’re passionate about.”

Wittig said Atlantic faced a balancing act in the opening weeks — determining which procedures had full teams available, depending on how many health care providers were still needed for COVID-19 care.

But once everyone was back, Wittig said, it was as if they had never left.

“It was seamless,” he said.