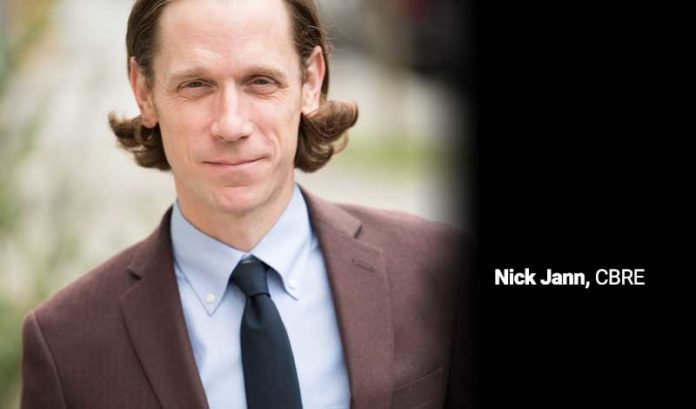 Prior to CBRE, Jann spent five years working in the city of Philadelphia’s Office of Economic Opportunity and Commerce Department. His public-sector tenure focused on managing large data collection and analytics projects, publishing the OEO’s annual and quarterly reports, developing policy with the city’s legislators and administration, and overseeing compliance by city agencies and private developers on large construction projects.

“Having worked in both the private and public sectors, Nick brings a wealth of experience and insight to his leadership role,” said Adam Mullen, CBRE’s Greater Philadelphia Market Leader. “I am confident that Nick will continue to elevate our place as the dominant thought leader in the industry.” 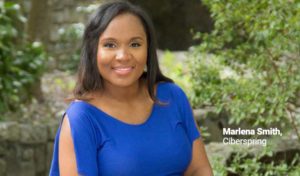 An information technology veteran with a decade of experience in the Salesforce ecosystem, Smith is well prepared for her new role, where she will lead Ciberspring’s growing Salesforce group. Specializing in enterprise-grade solutions across Salesforce’s sales, service, community and health clouds, Ciberspring’s Salesforce practice serves clients in a variety of industries, including telecommunications, financial services and health/life sciences.

“I desire to grow and contour Ciberspring’s Salesforce practice to be sharp and witty, yet inclined to support and master the ever-evolving changes in information management systems and the technology industry,” Smith said. “My team of certified developers, business analysts, project managers and consultants are eager to help our clients transition away from the daily ‘swivel-chair’ pivot between paper notes, Excel spreadsheets and disparate tracking systems that are time-consuming, inefficient and often noncompliant.” 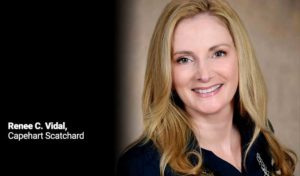 Capehart Scatchard is pleased to announce that Renee C. Vidal has recently joined its Business & Tax and Wills, Estates & Trusts groups as a shareholder in its Mount Laurel office.

Admitted to practice in New Jersey and Pennsylvania, Vidal earned an LL.M. in taxation from the James E. Beasley School of Law at Temple University. She earned her J.D. from Rutgers School of Law in Camden, and received a B.S. in finance from Penn State University.

CorMedix Inc., a biopharmaceutical company focused on developing and commercializing therapeutic products for the prevention and treatment of infectious and inflammatory disease, announced that it has entered into a new three-year employment agreement with Jack Armstrong, currently executive vice president and head of technical operations.

The new agreement terminates in April 2023, and may be extended annually thereafter upon mutual agreement. The employment agreement was concluded as CorMedix works to secure marketing authorization for Neutrolin in the second half of 2020 with potential commercial launch in the U.S. in 2021.

SDM Northcoast is excited to announce that it has added Dave Keiser as a senior research analyst. Keiser has nearly 20 years’ experience in health care research, with 16 years’ experience in equity research, more than half of which focused on the dental industry at Northcoast Research and FTN Midwest. Prior to that time, Keiser worked for Health Research International, focusing on market research reports and custom consulting projects.

Keiser’s analytical skill and forecasting ability propelled him to earn the No. 1 ranking as an equity research earnings estimator in the Health Care Equipment & Supplies segment by StarMine in 2015 and also by Thomson Reuters in 2017 and 2018.

The Christopher & Dana Reeve Foundation announced the election of Jay Shepard as chairman of its board of directors. Shepard, a board member since 2016, becomes only the sixth chair in the foundation’s 37-year history.

As chairman, Shepard said he will focus on broadening the base of scientific and academic experts collaborating with the foundation and each other in order to hasten advances in care and progress toward cures for people living with paralysis.

“As mass tort litigation continues to grow, as well as the continued need to support our asbestos trusts, Verus, too, is growing to meet these client needs,” said Mark Eveland, co-founder and CEO of Verus. “These new hires are for newly-created positions in strategic roles, which will allow us to better serve our clients and enhance our operational efficiencies.”