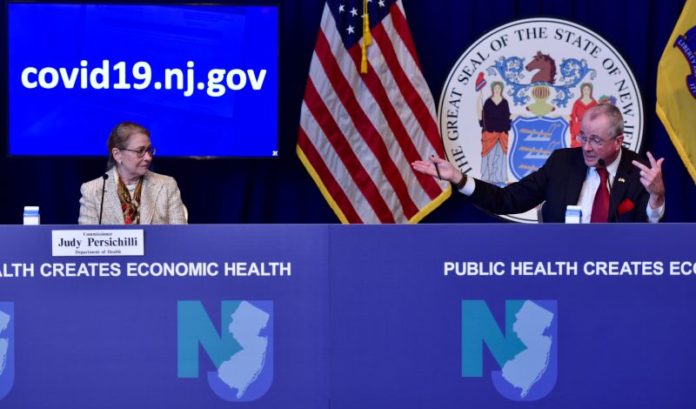 Tributes poured in Sunday for Nick Acocella, a legendary political journalist in the state, who died at the age of 77.

Among other talents, Acocella was the editor of Politifax — musings on the state’s political scene that began in an era when faxes were the fastest means of transmitting news.

“This is a terrible loss for Nick’s family, his many friends and the entire New Jersey political community,” he said. “Nick was a unique man who possessed an acquired knowledge of how politics really works and an innate understanding of the people who make it work. He was respected and truly liked by everyone. He brought a real passion to all his pursuits, especially baseball, cooking, New Jersey politics and his family. Nick will be sadly missed, but he will not be forgotten.”

“New Jersey lost a witty and insightful journalist this weekend,” he said. “Nick Acocella understood state politics better than most and will be missed by those of us who knew him.”

“No one covering Jersey politics was more Jersey than Nick Acocella,” he said in a statement. “He was that rare breed who could handicap all the important races, share his favorite pasta recipe and analyze the Yankees’ lineup — and all within the same five-minute chat. He will be deeply missed by all of us.”

On Sunday, the state reported the number of people in hospitals — as of 10 p.m. Saturday night — had dropped to 1,105. This is a huge drop in the past week and since the start of the month, when 2,336 were in the hospital.

The same dropped held true for the number of patients in intensive and critical care. That number is down to 278 — it was 659 at the start of the month.

There were 446 new cases reported Saturday and another 411 on Sunday, bringing the overall total to 169,142.

There were 25 fatalities Saturday and 17 more Sunday, bringing the overall total to 12,870. That number may take a significant jump this week, as Murphy has said the state is nearing a reviewing of all deaths since March and may reclassify many as COVID-19 related, even if an actual COVID-19 test was not given.

The Federal Transit Administration will accelerate federal funding in the amount of $766.5 million for the Portal North Bridge, it was announced Friday. Murphy called it a huge win for New Jersey, the region and the national economy.

“I thank (President Donald Trump) and his administration for committing to this project and helping us usher in a new era of safe, modern and reliable infrastructure for our region,” Murphy said.

The announcement was cheered by labor leaders as well.

Mark Longo, the director of the Engineers Labor-Employer Cooperative, called it a huge step forward for the region’s transportation systems and for the entire Gateway project.

“Moving forward with this project will improve our outdated rail infrastructure, bring about more reliable commutes and safely put thousands of New Jerseyans to work,” he said.

“We hope this is the first step toward funding the entire Gateway project, which will replace the Northeast Corridor’s crumbling infrastructure, improve the region’s economy and finally give our residents and businesses the modern transit systems they deserve.”

“Our members are ready to get safely to work to build the new Portal Bridge, which will give us more reliable and efficient transit systems and provide the economic boost we need to recover from the COVID-19 recession,” he said.

Former Gov. (and former U.S. Attorney for New Jersey) Chris Christie — speaking on ABC’s “This Week” Sunday morning — said Trump did nothing wrong when he fired Geoffrey Berman as the U.S. Attorney for the Southern District of New York:

You serve at the pleasure of the president who appointed you. This is not a situation where the president did anything other than say he was no longer content with the service of the person that he appointed.”

Murphy rips McConnell’s stimulus bill: ‘A slap in the face of...