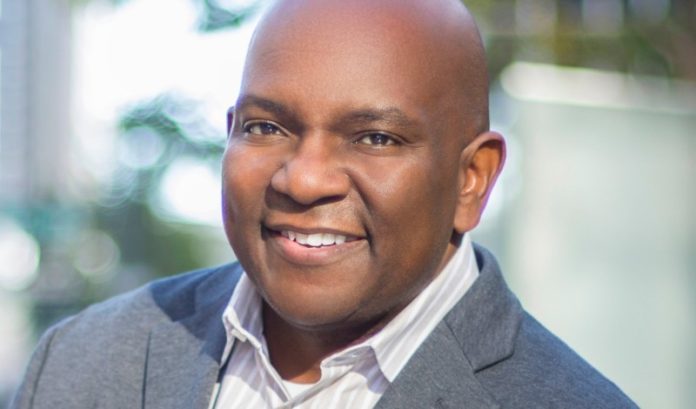 It’s been a long journey, but the Black and Latino Angel Investment Fund of New Jersey is about to hear pitches from the first three entrepreneurs hoping for investment.

The fund, started by Lyneir Richardson, executive director of the Center for Urban Entrepreneurship & Economic Development at Rutgers Business School in Newark, has 10 angel investors and has raised $500,000 so far. The angels want to invest at the pre-seed level in companies headed by Black and Latino founders in the Newark area. The fund continues to look for new angel investors to join on this journey.

The idea, Richardson told NJTechWeekly.com, is to give founders of color — who often don’t have a rich patron to help bootstrap a startup — a leg up the funding ladder, so they can get to a level where they’ll qualify for an accelerator.

Richardson told us that the idea came to him two years ago, when a team of founders from Rutgers University-Newark who wanted to launch a technology startup knocked on his door and asked him for an introduction to Newark Venture Partners Labs, an accelerator located in the same Newark building as the Rutgers Business School; in fact, it’s just one floor up from Richardson’s office.

He spoke to the NVP Labs managing partners and realized that these founders would need a great deal more seasoning before they could apply to the accelerator: a minimal viable product, some evidence of customer traction and a business model. The only way for this team to get these things was through pre-accelerator training and some capital, and that’s what it didn’t have.

“We essentially started a capacity-building program to help the technology ventures launched by people of color to get traction. It was a very abbreviated six weeks: three hours a week, with a whole lot of reading in between,” he said.

“We ultimately chose a dozen people and gave them initial grant funding of $10,000 to get their companies off the ground,” Richardson said.

What became clear was that these companies needed still more capital at this pre-accelerator stage, he added. So, that’s when the program applied for a grant from the Surdna Foundation, based in New York, to hire the services of Steve Mercil, CEO of RAIN Source Capital, based in Minneapolis. RAIN Source Capital is an organization that helps build angel groups, provides education and help to those selecting companies for investment, and offers mentorship to angel investors. The organization has helped found and manage a network of local, statewide and multistate angel investor funds.

Mercil’s background is in economic development of rural areas, and, early on, he realized that he had to harness the capital of local people to support even the best investments. In one case, an investor from Minneapolis wouldn’t even visit a wonderful opportunity in rural Minnesota because the business was too far away, yet he would fly out to San Francisco for deal flow, Mercil told NJTechWeekly.

When Mercil and Richardson were introduced by a mutual acquaintance, Mercil became convinced that his business model for an angel group could also work in an urban environment. Urban and rural founders had several things in common, including the need for funding when traditional angels or VCs would not touch them. Richardson and Mercil were convinced that they could find successful entrepreneurs or other qualified investors to back new, scalable ventures by people of color in the Newark area.

Richardson sent a letter to 60 prospective angels in April 2019, asking if they would be interested in exploring the idea at a meeting. Some 50 individuals responded, and, when the meeting was finally held, about 40 attended. At that meeting, they heard an initial presentation introducing the concept of an angel fund and discussing the need for very early stage capital for entrepreneurs of color.

Richardson emphasized that “this is not a grant program,” but a way to propel startups towards success, with a possible payoff at the end. The angel group needs to bet on founders and teams that can execute and scale, he said.

“(But) we see opportunity in a different way than other people (and) want to give these entrepreneurs a boost up the ladder,” he said.

Through the founding investors, the fund had enough money to begin seeing entrepreneurs.

“Our goal is to raise least $2 million or maybe $3 million,” he said. “Right now, we’ve been taking investments at $50,000 per investor, with institutional investors in the fund potentially contributing $150,000. What I’m putting a lot of time on now is two things: making it easier for investors to say yes, and making it easier to get add-on capital for the entrepreneurs.”

Richardson noted that the fund is partnering with the New Jersey Economic Development Authority to make sure its investments qualify for the Angel Investor Tax Credit Program, which will give 25% of a qualifying investment back to the angels. It is also looking at a small business loan program the NJEDA has recently introduced. That way, a $50,000 investment could be leveraged into $100,000 for an entrepreneur, which would make a real difference. Rutgers is underwriting the costs of the fund and helping the entrepreneurs through mentoring and education (for example, MBA students will do due-diligence and consulting projects), further de-risking these investments, he added.

During the interview, Richardson brought up the current political climate: “In this moment of political pandemonium and protests in a pandemic, people are calling me and asking, ‘What can we do?’ There is a basis for philanthropy. But, I’m making the argument that, if we invest in companies that are owned by people of color that have growth opportunity, that is another way of addressing all the systemic issues of racism.”

He added: “I want to select and invest and be hopeful that these companies really are growth companies that will be led by people of color and will hire people of color. It will strengthen communities of color, and will make our city and our state stronger. That’s what we’re asking people to believe.”