Home Health Care No cause for alarm (yet), Murphy says, but rate of transmission is...
Facebook
Twitter
Linkedin 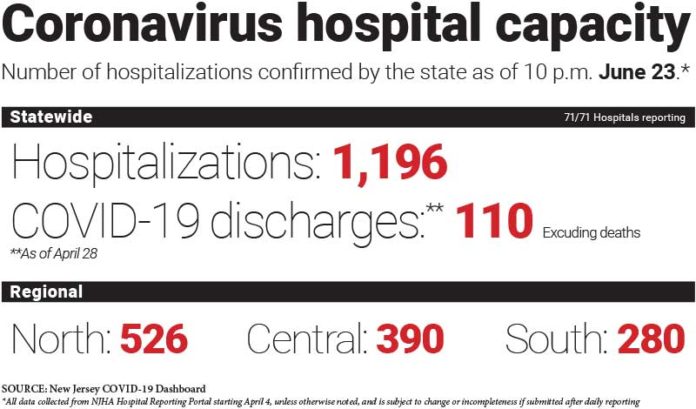 The rate of transmission — which is the number of new cases each existing case spawns — is at 0.86. And anything under 1.0 is considered great.

The positivity rate — or the percentage of those tested who have COVID-19 — is at 2.83%. Incredible, when you consider that rate was once over 40%.

And the numbers of people in intensive care and on ventilators are down.

But that doesn’t mean there’s cause for celebration. Gov. Phil Murphy, speaking at his daily COVID-19 briefing Wednesday, said the slight increase in the rate of transmission over the past few days is concerning. 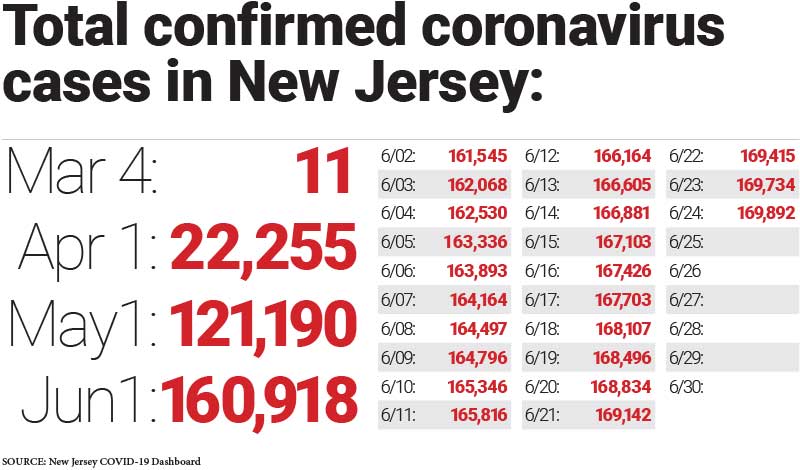 Murphy said increases were expected as the state opened up more. Just how great they are is something to watch.

“I think we’ve always expected, on transmission, that, as we’ve opened the state up, that we would expect to see some amount of flare-up,” he said.

“If you’ve got a trend that develops on a rolling average of days, is that something that gets troubling — and that’s something that we’re watching very, very carefully.”

Murphy said the state is just watching for now.

“It’s concerning if it turns into a trend,” he said. “One day or even two or three days does not make a trend. But seven days would make a trend.”

The rest of the hospital metrics — based on 10 p.m. Tuesday — look good. But are not perfect.

Murphy said he expects to continue to see some increases — but said that’s OK.

“Our risk profile is going up,” he said. “There’s no question about that. We believe we can take the additional risk because of the extraordinary work you all have done. But that does not mean that we’re out of the woods.”

Murphy did say one thing definitely: He does not feel the public protests following the death of George Floyd were a contributor to the increases.

“I don’t think there’s any evidence that the George Floyd-related protests led to this,” he said. “I’m far more convinced that this is intensely close-proximity, indoor realities.