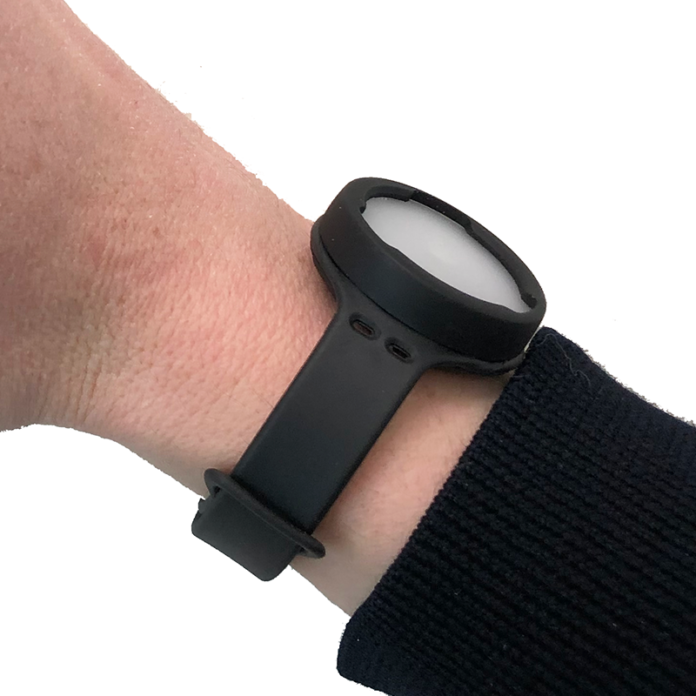 A wearable that can measure the UV index from sunlight soon could be mainstream — thanks to a $750,000 grant from the National Science Foundation.

The product, which fits on your wrist and is in the shape of an old-school watch, is produced by Shade, which works out of the Center for Discovery & Innovation, a research arm of Hackensack Meridian Health in Nutley.

The company received a Small Business Innovation Research grant to conduct research and development work on a low-cost semiconductor that accurately measures the UV index from sunlight.

Dr. Emmanuel Dumont, who serves as the CEO of Shade and also is a research assistant member in the CDI laboratory of Benjamin Tycko, said the grant is recognition of the company’s efforts.

“This grant recognizes Shade’s ambition in bringing scientific-grade measurements to all wearable devices,” he said. “Shade has become the gold standard for wearable, real-time UV measurements in clinical studies.”

Dumont founded Shade in 2016 as a spinoff from the Jacobs Technion-Cornell Institute in New York.

Dumont said one of the challenges in detecting harmful radiation from sunlight is that sunlight has nearly countless different spectra, and the effects can be vastly different for different people with varying exposures.

Dumont said the detector’s ability to measure both instantaneous and cumulative exposure to UV could be a key in the fight against skin cancer.

“Shade’s technology has the potential to provide a data-driven and chemical-free alternative to skin cancer prevention,” he said.

Dr. David Perlin, the chief scientific officer and senior vice president of the CDI, said the partnership with technology companies such as Shade is what CDI is all about.

“Their work is a perfect illustration of our mission to go from bench to bedside,” he said.

The NSF grant is the second Shade has received from the foundation. The company’s work also received the backing of the National Cancer Institute and early-stage venture capital funds.

Andrea Belz, division director of the Division of Industrial Innovation and Partnerships at NSF, said the partnership makes sense.

“NSF is proud to support the technology of the future by thinking beyond incremental developments and funding the most creative, impactful ideas across all markets and areas of science and engineering,” she said. “With the support of our research funds, any deep technology startup or small business can guide basic science into meaningful solutions that address tremendous needs.”

Dr. Peter Kaplan, the chief technology officer at Shade, hopes the grant will enable the company to take the next step.

“With the support of NSF, we are excited to incorporate our breakthrough technology into a low-cost, low-power, surface-mount component,” he said.

The Shade technology has been used in five research publications and has recorded over 3 million data points of UV exposure, so far.