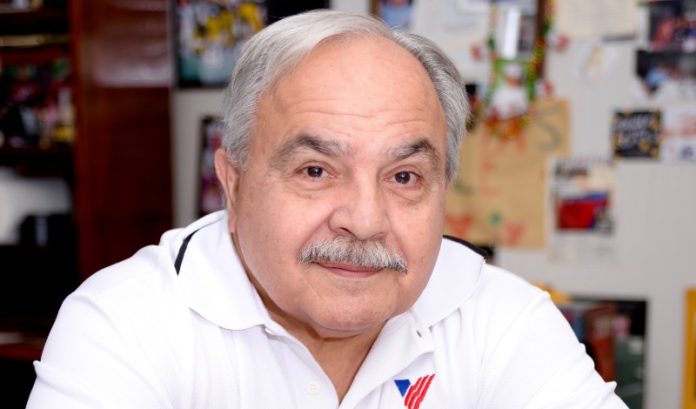 Across the country and right here in New Jersey, people are standing up and speaking out against unjust and inappropriate policing that disproportionately impacts minority communities. People are demanding police departments be “defunded” and refocus their department resources to social services for those hit the hardest by poverty, substance abuse and lack of availability for mental health treatment.

The good news is that, here in New Jersey, we are already doing just that. Thanks to the leadership of Gov. Phil Murphy, Senate President Steve Sweeney and Assembly Speaker Craig Coughlin, the Garden State has been at the forefront of refocusing its policing models to better address the social service needs of those in the community. Unfortunately, COVID-19’s devastating impact on state revenues is causing New Jersey leaders to think about “defunding” these community policing models across our state, and at a time when they have demonstrably proven to be the exact models that advocates have been demanding. That would be a “penny wise, pound foolish” decision.

Programs such as the Navigator and Safe Return, administered by Volunteers of America Delaware Valley, who partnered with more than a dozen police departments, may be eliminated entirely in our state’s upcoming budget that will be enacted this week. Progressive police departments, from Atlantic City to Camden and from New Jersey Transit Police to Pine Hill, are about to lose a vital community partner in VOADV as budget cuts are eminent — and, ironically, at a time when communities across the country are demanding their elected officials rethink their law enforcement roles.

As David Brown, chief of police for Dallas, said: “We’re asking cops to do too much in this country. We are. Every societal failure, we put it off on the cops to solve. Not enough mental health funding, let the cops handle it. … That’s too much to ask. Policing was never meant to solve all those problems.”

At VOADV, we couldn’t agree more. As a social service agency, we see firsthand the value law enforcement has in serving and protecting our communities. We view social service agencies as a police partner to help solve those issues that require long-term solutions: linking individuals with substance use disorder to detox centers, getting individuals mental health treatment, finding housing for the homeless, providing employment counseling and so much more.

Police know they cannot “cuff” their way out of solving certain problems and situations, only to see a person released days, weeks or months later with the same core issues — the same substance abuse, the same mental health issues, the same lack of stable housing or even deeper poverty. Departments also know the answer to these issues lie in social service providers. A proven partner, like Volunteers of America Delaware Valley, can help address these deeper issues — guiding those less fortunate to the services they need to improve the safety in their communities, ensuring lasting results and allowing police departments to focus on issues like violent crime and tracking down illegal firearms.

This form of partnership has real results that benefit entire communities. It continues to help reduce New Jersey’s prison population, which is down 38% since 1999. It also reduces the burden on emergency rooms, especially now that some of those are in crisis because of COVID-19. In addition, it allows expert social services providers to focus on the underlying social service needs rather than police officers in cash-strapped municipalities. Programs like Safe Return have served thousands of individuals over the past five years, and it has a recidivism rate that is 84% lower than the national average. This program has saved New Jersey millions of dollars in taxpayer money, all the while allowing individuals to rebuild their lives through employment, sobriety and the critical care they deserve.

The success of programs like Safe Return rely intrinsically on close partnerships with law enforcement. We have created technology systems that allow for two-way communication between our programs and officers to more quickly and appropriately respond to the needs of those in crisis. We have partnered with municipal and superior courts to divert individuals away from incarceration and to treatment programs. In fact, this partnership was recognized by the Chief Justice Stuart Rabner in the 2018 Report of the Supreme Court Committee on Municipal Court Operations, Fines and Fees.

But our continued success is only possible when you have law enforcement at the table with social service providers. There can be no success when you defund, tearing these entities apart and forcing these vital programs to be eliminated altogether.

Under the proposed budget as it stands now, much of the progress our organization and our law enforcement partners have made will evaporate. If reentry services and social service programs like Safe Return and Navigator are defunded, this scenario could happen as quickly as this summer. New Jersey has been at the forefront of criminal justice reform and community policing innovation for many years. This is not the time to turn our backs on how far we have come and the direct impact we have made on the lives of so many.