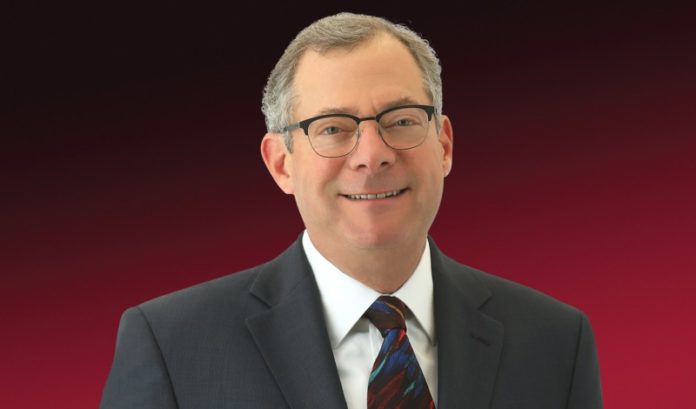 Instead of being handed tools in the operating room, New Jersey surgeons are hoping state officials can give them the right tools to get patients there in the first place.

Even if the Garden State has officially allowed elective surgeries to continue, those running some of the state’s surgery centers are telling their representatives that the newly introduced requirements have them fumbling.

In late March, all elective surgical procedures were postponed in the Garden State until further notice. That notice came May 15, when Gov. Phil Murphy signed an executive order permitting those surgeries to resume once more in hospitals and ambulatory surgery centers.

The New Jersey Department of Health shortly thereafter released guidance on how that should be done, stating that the pausing of these surgeries had been critical for sparing resources during the pandemic, and that surgeries should resume in a manner that continues to account for the ongoing battle with COVID-19.

John Fanburg, who represents the New Jersey Association of Ambulatory Surgery Centers and many individual surgical centers at law firm Brach Eichler, said physicians understood the need for a safe environment for both surgery center personnel and patients. Most of the conditions placed on the reopening of the centers relate to that: what personal protective equipment should be used, how spaces should be disinfected and why social distancing is still needed.

But some of the stipulations haven’t sat well with doctors, Fanburg said.

“Those are the conditions around patients testing negative for COVID-19,” he said. “One key problem is there’s still inadequate testing facilities for surgery centers in the state. The other part of it is, where there is testing, the results are taking a long time to come into the surgery center.”

Fanburg is voicing his clients’ concerns about accessibility, because hospitals testing for the illness on site often won’t administer the test if the surgical procedure isn’t being performed at that institution. Scheduling tests on the digital platforms of other organizations comes with its own set of obstacles for elderly patients.

But, even when tests are performed, surgery centers are reporting that COVID-19 test results are sometimes taking upwards of seven days, in which case they have to turn down patients for surgeries they might have gotten the test for. Until June 16, tests had to have been done within four days of a scheduled surgery; recently-updated state guidelines now provide for a six-day window for testing.

“So, that gives testing facilities some more time to get results to a patient so they can undergo procedures,” he said, adding that, regardless, it wasn’t uncommon for surgery centers to have to cancel around a quarter of surgeries due to delayed results or patients not following quarantine rules.

There are varying levels of difficulty in further delaying an elective procedure based on the timing and accessibility of tests. Anyone in their mid-50s will be able to sympathize with the awkwardness of doing that with a colonoscopy, Fanburg said.

“If you’ve had one, you know the worst part of it isn’t the colonoscopy itself, but the prep you have to do leading up to it,” he said. “We’ve had endoscopy centers where patients have gone through that prep, but their (COVID-19) results haven’t come as expected, so they actually have to cancel and reschedule.”

Within the ophthalmology setting, it’s easy to see why the testing requirement also poses some challenges.

“When there’s cataract procedure, doctors a lot of the time don’t do both eyes at the same time,” Fanburg said. “You do one eye first, and then come in two weeks later for eye No. 2. There, the patient has to get the test twice and self-quarantine twice. You’re talking about someone being out of work for at least two weeks.”

During this intervening period between the suspension of elective surgeries and a return to status quo, Fanburg said his clients are frustrated; that’s heightened by the fact that dentist offices and other ancillary health care providers have been reopening doors with fewer restrictions.

The industry understands why officials want these conditions in place, he said. And the Department of Health did provide more breathing room with its revised protocols on June 16, which, among other changes, made it so surgeries can be performed on a patient without available test results if it’s a time-sensitive procedure that would endanger the health of the patient if delayed. In those cases, the department is asking for certain infection control protocols to be followed.

Outside of that, facilities are requested to confirm a patient is negative for COVID-19 using results from a test taken no more than six days before a surgery. Antibody tests for the virus can’t be used to fulfill this requirement.

“But this testing requirement is still a concern, because we have asymptomatic patients that can test negative Monday morning but positive Monday afternoon or the next day,” Fanburg said. “So, that testing only confirms whether you’re positive or negative at the moment you’re testing, which isn’t necessarily going to help for these purposes.

“And, again, the industry understands why officials want these conditions. But there just doesn’t seem to be enough accessibility and response time to allow these procedures to resume as anticipated. Until we get some sort of same-day (COVID-19) test, which can be used the same day as a procedure, we perhaps don’t have the right technology to address what’s otherwise a valid concern from the governor and state health department.”

For now, Fanburg’s clients have been gathering data that they plan on submitting to the New Jersey Department of Health in hopes of informing future modifications to the current rules.

“I’ve encouraged clients to refrain from just telling the department these conditions don’t make sense and don’t work,” he said. “What’s helpful to the department is to give real-life examples of situations that point to why it might not be working. With that information, working with the industry, they can then make adjustments.”

Using that approach, Fanburg expressed optimism that the state’s leaders and health officials would “respond in a positive and constructive way” to the industry’s concerns.

Telemedicine has kept some portion of potentially highly contagious COVID-19 patients distanced from hospitals and other care centers. Now, the health care industry wants to make it so farther away doesn’t mean less pay.

Sal Anderton, a lobbyist that advocates for the health care organizations, said encouraging expanded telemedicine use has been on the industry’s docket for many years. But, there was always a gap in reimbursement between this virtual care and traditional settings.

“The original law implementing telemedicine didn’t require payment parity for services performed virtually,” Anderton said. “When the pandemic moved a lot of the practice of medicine into the virtual space, it quickly became evident that providers were not being paid at the same rate as live services. So, there has been a shift.”

At the same time, the federal Centers for Medicare & Medicaid Services in late March provided new Medicare and Medicaid payment policies that, among other things, expand the list of telehealth services eligible for reimbursement during the pandemic.

“While this was highlighted as important during the pandemic, we’re hoping we’re going to see a more long-lasting change, not one just specific to the pandemic,” Anderton said.