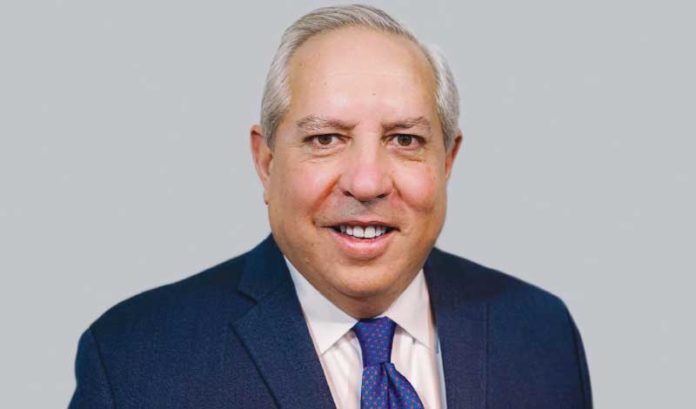 Lobbying is as important as the New Jersey Election Law Enforcement Commission defines it: It’s an attempt to influence legislation, regulations or governmental processes.

So, it makes sense that firms are pushing for more minority individuals to have a job with such weight, especially as demonstrators take to the streets nationwide to call for the sort of systemic reforms that often begin with legislation, regulations and governmental processes.

Following the May 25 death of George Floyd, which inspired calls for racial justice, those who have pushed for more minority representation on State Street say there has been progress, and the state Legislature itself gets more diverse every year. But equality is still mostly aspirational.

MBI-GluckShaw‘s Raul “Rudy” Garcia said about 75% of his lobbying firm’s hires in the past several years have been minorities.

“I think we’re still a bit ahead of the curve on that,” he said. “I believe most firms still have a long way to go still.”

Garcia expects diversity is going to be sought after by clients in the future. That trend is nothing new, but it’s perhaps going to be accelerated amid the calls for ending racial disparities.

“We believe it’ll be one of the factors that a company may weigh as they select someone to represent them,” he said. “It has been something that will make good business sense in the long run, even if that wasn’t our intent.”

Patrizia “Trish” Zita, co-founder and principal at the Kaufman Zita Group, said the local lobbying field has made a very gradual transition to adding more diversity. She’s tried to help make her own firm home to professionals who are reflective of the state Legislature’s diversity.

Zita is one of many who expect there will be future political as well as social ramifications from the Floyd protests.

“But, it’s still too soon to say if recent events will lead to any change in what’s expected at a lobbying firm,” she said. “We’re still in the middle of understanding what the ultimate result will be.”

Zita hasn’t had conversations about it with clients. But that doesn’t mean it won’t come up, or subtly influence the wider embrace of diversity in Trenton’s lobbying scene.

She’s not sure how rapidly things will change on that front. She’s glad that the needle has been moving — even if it’s not enough to say it’s a problem solved.

“It’s interesting; I’ve done this over 25 years,” she said. “And, if I look back over that continuum. There’s significant change. But is it equal? We’re not there yet.”

On paper, states such as New Jersey are still doing enough to say meaningful public participation in policy-making is possible during the pandemic. In practice, lobbyists aren’t so sure that’s happening.

States operate under open meeting laws that have the object of ensuring the voice of the community is included in legislative decision-making. Even if public servants can’t safely mix with the Jerseyans in the usual settings during the pandemic, meetings have been held virtually and mostly still provide room for civic engagement.

But public affairs specialist Patrizia Zita said people outside the lobbying profession are regularly expressing to her that they feel left out.

“I’ve been concerned for folks that maybe don’t have understanding of how the process works right now,” she said. “Sometimes, they’re having trouble keeping up with the changes due to the velocity that things are happening.”

Legislative sessions were once held twice a week at the same time, but are now occurring outside any set schedule.  That unpredictability makes it a tough time for civic engagement and, by extension, lobbying activities that rely on grassroots support.

“Hopefully, we won’t be excluding the public for too long and they’ll have more of an opportunity to be involved in some format,” Zita said.