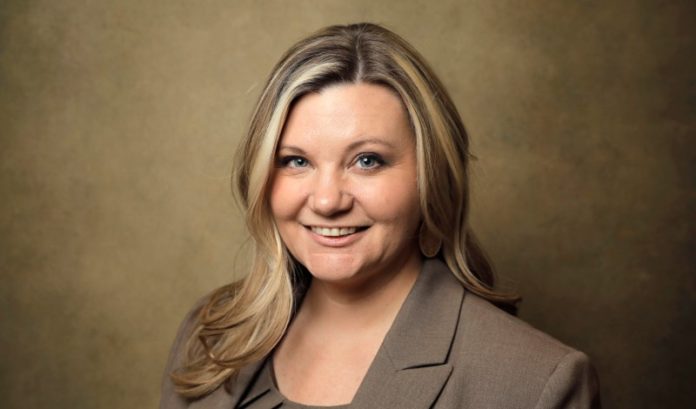 As one of so many insurance professionals competing for business in New Jersey, Holly DeLorenzo doesn’t walk into industry gatherings expecting anyone to roll out the red carpet.

Yet, there’s one place she’s the life of the party: cannabis industry conferences.

The business development and risk management adviser at Hardenbergh Insurance Group said that, although the cannabis market continues to expand across the country, insurers — like some bankers and accountants — are largely shying away from catering to those dealing with a substance still illegal on the federal level.

So, when an insurance professional shows up in a room full of uninsured or poorly insured businesses, it’s hard to avoid notice.

It’s not by accident that DeLorenzo became a standard-bearer for the insurance industry’s involvement in the sector, as one of the few insurers working closely with hopeful Garden State cannabis entrepreneurs. She wanted to fill that niche as soon as Gov. Phil Murphy set a goal — about three years ago — of having a marijuana legalization measure passed within 100 days of getting into office.

Even if that hasn’t come to pass, DeLorenzo, who works for a Marlton-based insurance firm that mostly specializes in insuring construction companies and other traditional industries, has forged ties with a number of prospective New Jersey marijuana businesses, as well as those already cultivating and selling adjacent products, such as hemp and the marijuana compound CBD.

With a referendum on the November ballot that could bring recreational pot to the Garden State, there’s now a resurgence of interest in exploring insurance options. Because, as overlooked as the area has been in the insurance industry, coverage can be do-or-die for a cannabis business.

DeLorenzo said one of the major concerns for the sector is product liability coverage.

“It’s an ingestible product, so anything can go wrong in the course of the supply chain,” she said. “From the cultivator using pesticide or something harmful that makes its way into the flower extract, into an oil and then eventually into the edible sold at the dispensary — everyone that touched it can be named in a lawsuit. And things get expensive for these businesses quickly.”

Cannabis businesses orchestrating these supply chains in other states have learned to test for residual chemicals such as molds and pesticides at the various steps along the supply chain, DeLorenzo added.

Regardless, when a lawsuit claiming bodily injuries arises — as many did last year as a result of lung injuries suspected to have been caused by vaping — the costs are astronomic for a business without product liability coverage. And not all existing liability insurance plans would cover such a lawsuit.

“Especially during the pandemic, there have been a lot of startup online CBD businesses,” she said. “That online retail market has grown by leaps and bounds. We’re seeing a boom in CBD edibles, tinctures and other products.”

The fact that these businesses also use cash for most transactions poses a threat of theft leading to massive losses, even if a lot of dispensaries have invested in considerable security measures, including cameras inside and out, security guards and armored trucks.

“Another big (insurance need) for this industry is property coverage,” DeLorenzo said. “A dispensary that was robbed or broken into may have been holding millions of dollars in inventory.”

The federal government’s 2018 farm bill paved the way for the production of hemp, which is used, among other things, for CBD products. That bill allowed for certain crop insurance plans to protect hemp harvests.

Before people like DeLorenzo researched better alternatives, the federal insurance plans for protecting these outdoor crops were often prohibitively expensive, especially for New Jersey cannabis entrepreneurs that were hoping to recoup some money from investments tied up in long-delayed plans for recreational marijuana.

At the same time, New Jersey’s newest batch of medical marijuana licenses has been tied up in legal disputes and might not be awarded until late this year, DeLorenzo said. She helped some of the organizations trying to win the state’s limited number of licenses.

“There were about 24 groups that I tried to give an extra leg up to on their licensing applications,” she said. “I wrote them letters of intent to provide insurance that they could then put on their applications to the Department of Health, to show they had insurance already lined up.”

Not many insurance agents are going to bat for the industry’s players in that way. Not more than a handful of New Jersey insurance companies are stepping up to the plate at all, according to DeLorenzo.

“There are other, larger insurance carriers that will offer coverage if a CBD business went in and asked for it,” she said, “but there’s so many carve-outs in their policy, that if there were ever a claim, the policy would basically be null and void.”

And all will be according to plan.

“Having worked with the industry for a couple years now, I expect I’ll have an advantage based on the network I’ve built in the state,” she said.