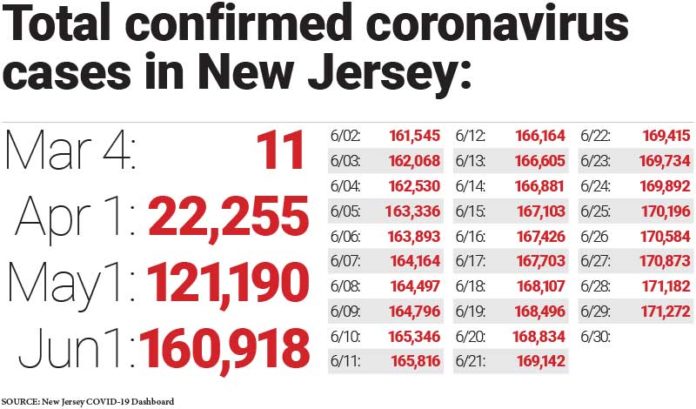 The number of New Jerseyans hospitalized for COVID-19 dropped below 1,000 — the first time that has happened since the state began releasing data April 4.

The number of patients on ventilators was below 200 for the second consecutive day, as just 185 were using the devices as of 10 p.m. Sunday. 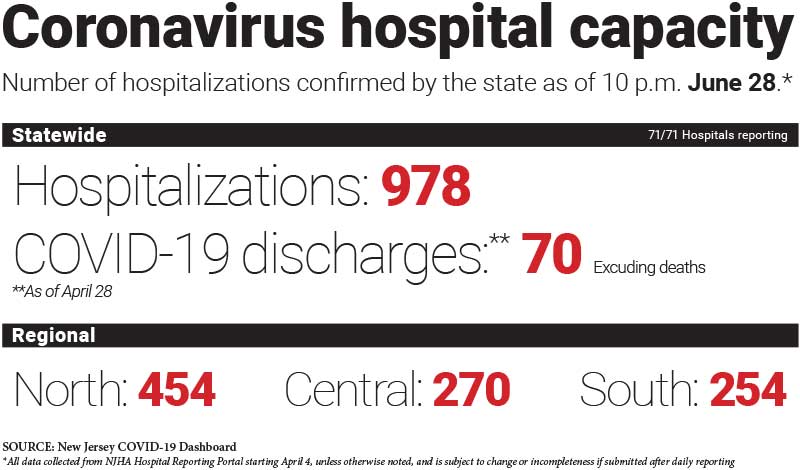 Other notes from Gov. Phil Murphy’s daily COVID-19 briefing, which was dominated by his postponement of indoor dining:

Murphy passed on the chance to acknowledge or clarify the terms of the deal he struck with the CWA, the union for state workers — as described by the CWA — at his daily briefing Monday.

The CWA, on its website, said the deal it reached with the governor gave members a no-layoff agreement through the end of 2021. It wrote:

“We have a No Layoff Agreement that protects all of our members from any layoffs between now and December 31, 2021, no matter what happens with the economy. Our members are safe.”

“Is this a fair burden and risk for taxpayers? Have you boxed yourself in on labor costs if the economy takes another hit in the next 18 months?”

He said: “I have not seen the posting, so I will defer on that, if I could.”

“I haven’t seen the post, either, so I can’t respond to the specifics said there,” he said. “What I would say is we worked really hard with the union to structure this agreement such that we could take advantage of the CARES Act supplemental employment benefits which expire at the end of (July). That’s something that wasn’t in effect in 2009, so, in that sense, it’s true, the deal has more days — in terms of total furlough days than they had in 2009.

“It’s also important to note that we have 10,000 fewer employees today than we had in 2009. As we’re going through some very complex plans in light of the agreement, the operational impact of this are not easy to manage, but obviously the departments are doing the best they can under the circumstances.”