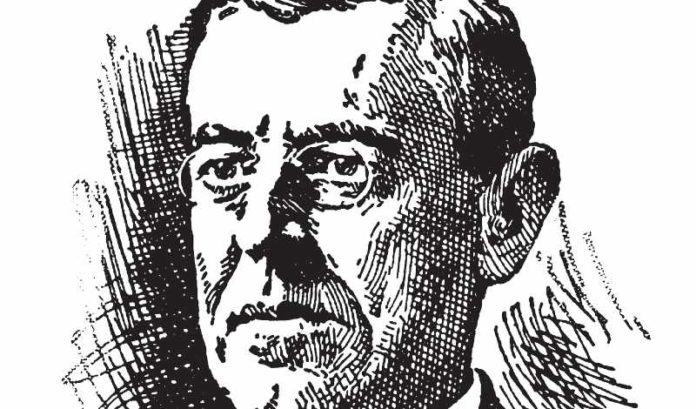 Taking down a statue or removing the name on a building or a school is commonplace today — the result of the growing understanding of racism in America and how deeply it pervades so many aspects of our society.

But Princeton University’s decision this weekend to remove Woodrow Wilson’s name from both its prestigious School of Public and International Affairs and one of its residential colleges feels a little different.

It was not just a rush to remove the name of a long-acknowledged racist, Woodrow Wilson, a man who nonetheless had a hat trick of notable jobs: president of the United States, governor of New Jersey and president of Princeton.

It was an acknowledgement that the university’s decision to maintain its association with Wilson’s name four years ago was one made without a complete understanding of how it could symbolically enable the horrific actions of today.

Princeton President Christopher Eisgruber explained this in a letter to the Princeton community:

“Wilson is a different figure from, say, John C. Calhoun or Robert E. Lee, whose fame derives from their defenses of the Confederacy and slavery (Lee was often honored for the very purpose of expressing sympathy for segregation and opposition to racial equality),” Eisgruber said. “Princeton honored Wilson not because of, but without regard to or perhaps even in ignorance of, his racism.

“That, however, is ultimately the problem.

“Princeton is part of an America that has too often disregarded, ignored or excused racism, allowing the persistence of systems that discriminate against Black people. When Derek Chauvin knelt for nearly nine minutes on George Floyd’s neck while bystanders recorded his cruelty, he might have assumed that the system would disregard, ignore or excuse his conduct, as it had done in response to past complaints against him.”

Wilson’s legacy has been a challenge for Princeton for some time — most notably, in November 2015, when a group of students occupied Eisgruber’s office, demanding the school end its association with Wilson.

It led to the Wilson Legacy Review Committee, which Eisgruber said conducted a thorough, deliberative process before — in April 2016 — recommending a number of reforms to make the school more inclusive and more honest about its history.

Eisgruber acknowledges that Wilson’s history is complex. During his eight years as Princeton’s 13th president, Eisgruber said Wilson is credited with converting Princeton from a sleepy college into a great research university.  Many of the virtues that distinguish Princeton today — including its research excellence and its preceptorial system — were in significant part the result of Wilson’s leadership, Eisgruber said.

It also should be noted that Wilson won a Nobel Prize, led the country’s entry into World War I and created the structure for what is now known as the United Nations.

“People will differ about how to weigh Wilson’s achievements and failures,” Eisgruber said. “Part of our responsibility as a university is to preserve Wilson’s record in all of its considerable complexity.”

The school, however, can no longer look past his acts of racism — essentially giving him cover for them because of his accomplishments.

Perhaps this is a new way of reviewing history when it comes to namesakes: Are associations to be judged based on the person’s actions from years ago (George Washington, after all, was a slave owner) or should they be judged on how the association impacts today?

These are tough questions. Many of which will be asked in academia.

The College of New Jersey faced such a moment in 2016, when it learned the man its main building was named after, Paul Loser, had spent much of his time as the superintendent of public schools working against the rights and best interests of Blacks in the area.

The school, under the leadership of then-President Barbara Gitenstein, and a group of area leaders and scholars decided to strip Loser’s name from the building while acknowledging the school wasn’t doing enough to serve the Black community where it was located.

Programs were instituted at TCNJ to change that.

More moments likely are coming. And potentially at some of the nation’s top universities.

The University of Virginia — my alma mater and the alma mater of first lady Tammy Murphy, who sits on its board of visitors — has long been challenged by the legacy of Thomas Jefferson.

Jefferson, widely regarded as one of the most brilliant scholars and statesman in U.S. history, also is recognized as almost certainly being the father of many of the children of Sally Hemmings, a slave. Does that warrant a school that is referred to locally as “Mr. Jefferson’s University” disassociating itself from him?

Yale faces questions, too, as its namesake, Elihu Yale, was connected to slave trading when he served as the president of the East India Company. Yale President Peter Salovey said last week the school has no intention of changing its name, as recent social media efforts — stirred by the rise of what has been dubbed “cancel culture” — have suggested.

To be clear, this column is not giving an opinion for or against the renaming culture. It is instead a nod toward Princeton’s thinking on the matter. It’s worth repeating Eisgruber’s words:

“Princeton honored Wilson not because of, but without regard to or perhaps even in ignorance of, his racism. That, however, is ultimately the problem.

“Princeton is part of an America that has too often disregarded, ignored or excused racism, allowing the persistence of systems that discriminate against Black people.”

Changing this thinking would help future generations avoid the conservations we are having today.