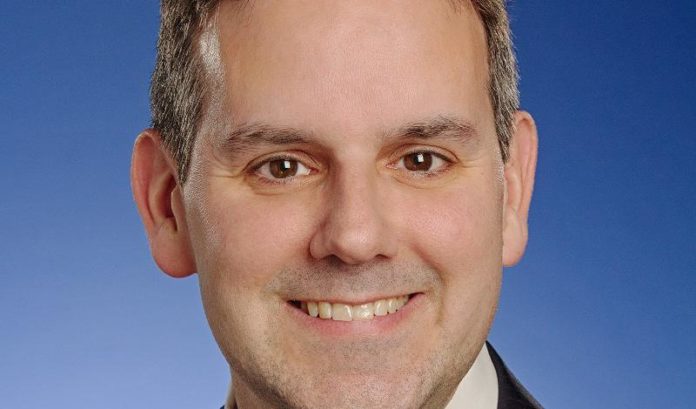 There was lobbying before March 9 … it consisted of chasing down lawmakers outside Trenton’s State House to either promote or hurt the prospects of legislation lobbyists shepherded for clients.

David Pascrell, co-chair of the government affairs department of law firm Gibbons P.C., said there’s a couple of things in the world of lobbying that have made the past few months a “whirlwind” for public affairs professionals.

“I could never have anticipated how many issues would come up from clients from that first emergency health declaration,” he said. “We’re busier than ever. And, with how quickly things change, the issues are also more urgent than ever.”

At the same time, public affairs professionals say that, as a general rule, it has been more difficult to connect with overworked state leaders purely remotely.

With State Street vacant, Sal Anderton, general counsel and legislative director at Porzio Governmental Affairs LLC, said the profession has lost one of its most valuable assets — what he calls “shoe-leather lobbying.”

“So much of this profession was communications in hallways before hearings, bumping into legislators or staff,” he said. “Obviously, that’s not possible now. So, how we do our job has changed significantly.”

By now, lobbyists have gotten used to replacing those in-person communications with many more hours dialing numbers and typing emails.

But, at first, COVID-19’s overwhelming attack on the Garden State had some lobbyists thinking the easiest option might be not to engage too often or at all.

“Because you’re concerned about what people’s health was, what the health of their family was, whether they were safe and out of harm’s way,” Pascrell said. “In terms of any communication you had, that was another layer. We’re all humans, so we needed to treat each other with respect and be conscious of the fact that we were all dealing with this.”

Lobbyists have always had to walk a fine line with policymakers in New Jersey between inserting themselves and not being too intrusive. In the busiest of times, Trenton’s well-known public affairs experts had no problem treading those boundaries without stepping over them.

Pascrell said that’s especially relevant now, when lobbyists can’t afford to risk overwhelming their longtime contacts in the State House and having them shut down.

The governor’s chiefs of staff and other state leaders have been working 14- to 16-hour days, Pascrell said. Everyone in the industry is mindful of that.

But there’s also a new acceptability to having conversations outside the usual business hours, according to Dale Florio, public affairs professional at Princeton Public Affairs Group.

“What you find yourself doing is talking to people around the clock,” he said. “You have to respect after-hours times. But, as long as you don’t abuse it, there’s a willingness to have evening conversations now.”

Where lobbyists are earning their pay is how solid their relationships with state leaders were going into the pandemic, Florio said. When opportunities to connect with someone spontaneously have been few to none, it helps to have a Rolodex.

Political fundraisers and other gatherings were the place to grow networks, Florio said, but those aren’t happening now. It might not be the best thing for less-experienced lobbyists — possibly making inroads in the profession a challenge for an entire generation of lobbyists, depending how long COVID-19 is a concern.

But, now more than ever, as the legislative calendar has been upended by public health recommendations, public affairs professionals have to count on hearing back in a timely fashion.

“We just don’t have the same lead time to committee meetings anymore,” Florio said, “which means there’s a shorter time frame to reach staff and legislators, to evaluate issues and to connect with clients to ask, ‘Do you like this or not?’”

One of the main tasks for public affairs professionals during the spread of COVID-19 has been to help businesses ascertain what restrictions they should expect to have to follow from the resulting state measures.

“Early on, there were a lot of individual clients that simply wanted to know where they stood in regards to the administration’s deliberations around nonessential businesses,” Florio said. “The administration did the best it could not to be so prescriptive about that.”

Now, there’s a lot of work being done on behalf of clients regarding the lifting of restrictions during the state’s multiphase reopening plan.

With government relief programs and the ability to reopen doors hanging in the balance, there have been reports as well as speculation that the pandemic situation was driving lobbying expenditures up across the country.

But, with the widespread uneasiness about the robustness of profits and the potential for a resurgence of COVID-19 cases, some in the local sector, including Florio, actually expect annual reports of lobbying expenditures in Trenton to be somewhat diminished from prior years. Florio said membership associations, often a key part of a public affairs firm’s clientele, are cutting costs.

On the other side of the coin, it is true that the clients of local public affairs firms are seeing more value in their services.

“So, we haven’t, knock on wood, had a client decide to change the relationship we’ve had because of this,” Pascrell said. “If anything, they’re utilizing our services at a higher level as there’s higher potential implications for business than ever.”

Some clients may have had the sole focus on COVID-19 in the State House usurp the attention they were trying to bring to particular legislative issues with the help of lobbyists.

But, Pascrell said he’s expecting legislation that was put on hold during a time of emergency might start moving again in the coming months.

“Honestly, it’s daunting to suggest that there’s a prospect of us soon pivoting to a time when these complicated and sometimes contentious bills that were put on hold are moving forward while at the same time we’re discussing COVID-19, economic issues and the budget,” he said.

The upshot, he added, is that public affairs professionals are going to stay busy for quite some time.