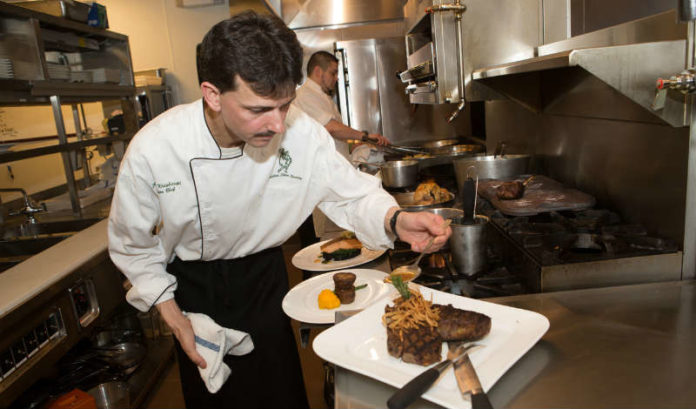 Business leaders and organizations around the state criticized Gov. Phil Murphy for his decision on Monday to pause indoor dining “indefinitely.”

The organizations had a number of complaints, namely:

Some of the statements:

“The most devastated sector of our economy took another body blow today, when Gov. Murphy announced the indefinite postponement of indoor dining in New Jersey. Announced only 48 hours prior to the planned reopen date, and based solely on supposition and anticipation, this change will cause even more restaurants to fail.

“Many restaurants owners spent thousands of dollars ordering food, hiring back employees, and aligning indoor safety practices in preparation for reopening indoor dining prior to Fourth of July weekend. Some owners even used personal credit cards in hopes of regaining ground.

“We shouldn’t sentence an entire industry because of unprepared states and the bad acts of some bar operators. We have said repeatedly that, unlike other business sectors, the restaurant community must meet the highest standards of sanitation. Patrons and employees can expect a safe and healthy experience. We just need support so we can do our job.”

“Restaurant owners spent money they don’t have after months of shutdowns with limited revenue to buy food and bring back more employees to be ready for indoor dining around the Fourth of July. Instead of causing more financial turmoil, why didn’t the governor take enforcement actions against bad actors instead who weren’t requiring face coverings or distancing?

“We want to see the science that justifies this knee-jerk reaction that appears to be based on our governor’s observations and his worry about what he’s hearing about in other states. If there is a data-based risk, then let’s break the state down by county or region as New York and Pennsylvania have done to prevent at least some restaurants from permanent closure by offering a reasonable balance.”

The New Jersey Business Coalition, a group of more than 100 leading business and nonprofit groups throughout the state (named at bottom):

“New Jersey business owners have said from the beginning of this crisis that they always put the health, safety and welfare of their workforce and their patrons first. The reopening of indoor dining at New Jersey restaurants is no exception.

“While we respect the fact that other states are seeing a surge in COVID numbers, such a comparison, along with the concern of so-called ‘knuckleheads’ not following the rules, is simply not a basis to pull back on New Jersey restaurant owners who are committed to doing the right thing.

“In response to the governor’s original notice that indoor dining could commence on July 2 at 25% capacity, New Jersey restaurant owners made plans. We should recognize they invested in interior changes to their facilities, notified staff they can come back to work and spent considerable dollars to purchase food and beverages in order to meet the demands of the customers they were ready to serve.

“Many restaurant owners have not generated the revenue to pay for these startup expenses over the past 15 weeks, and, therefore, dug deep into their own personal pockets to restart their business.

“Respectfully, we ask: Who is going to reimburse these lost costs? Food, now at premium prices, has a very short shelf life. Additionally, how many times will restaurant owners be asked to train up a workforce only to send them back to unemployment?

“On top of all this, the governor vetoed a bill this week that would have established an emergency loan program for qualified small hospitality businesses, using federal funds. Now, as a ripple effect, we see some of our Atlantic City casinos refusing this weekend to open due to this pause. This represents another blow to our tourism industry and New Jersey’s overall economy, which relies on casino revenues to fund important state programs.

“These businesses were willing to face insurmountable odds of surviving, while operating safely at 25% capacity. They know the losses that continue to rack up and they were, and are, ready to follow the rules and demand that their patrons do the same.

“As of earlier this month, between 20-23% of New Jersey restaurants that are shuttered will not reopen. With this false start, that number will undoubtedly escalate.

“We urge Gov. Murphy not to pull back on those businesses that are able and willing to reopen safely because of bad actors. If some are not in compliance, enforce the order and hold them accountable. For the rest, let them open, as originally planned.”

The members of the NJ business coalition:

NJPP report: N.J. may be vulnerable to the next economic downturn