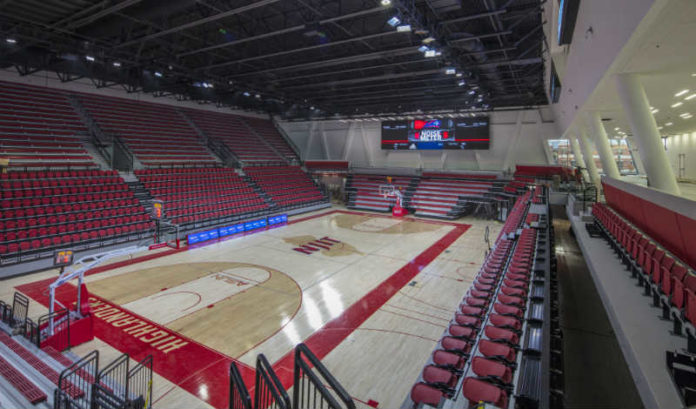 New Jersey Institute of Technology Athletic Director Lenny Kaplan knows the travel plan well: A game in Florida would be followed by an overnight stay in a hotel and a 4 a.m. wake-up call — which was needed to catch a flight early enough to get athletes back in time for class.

At NJIT — where in-class time is a must — it was just part of the rules of a road trip.

“Those are tough situations for these students,” Kaplan said.

This all changed June 12, when NJIT left the Southern-state-based Atlantic Sun Conference and joined the America East Conference, a 10-team league with Northeast schools from Maryland to Maine.

At NJIT, which takes pride in being a Top 100-ranked academic university, Kaplan said nearly half of the athletes are studying engineering.

“If you add in biomedical student-athletes, it’s 60% of our athletes,” he said. “Being in class is very important to them.

“We had 60 athletes earn a 4.0 grade-point average last semester.”

Being a part of a league such as America East is what NJIT has been hoping for since it began play in Division I athletics in 2006. Being with Northeast schools will make it easier to recruit and easier for students, parents, fans and alumni to attend games.

The league is a great fit academically, too. NJIT carries a prestigious R1 Carnegie classification, which is defined as one with “very high research activity.” All America East schools are classified as R1 or a notch below at R2.

The move to America East comes with another added benefit in this COVID-19 era — it will dramatically reduce travel expenses, which is more important than ever, especially given the fluid nature of COVID-19 restrictions.

Kaplan estimates his athletic budget will save approximately $300,000, mostly related to air travel. He said the total number of hotel room nights will shrink by 100 (from 400 to 300), but bus travel expense will increase.

“Every college in America right now is looking to save money,” he said.

The now eight-team Atlantic Sun has four schools from Florida and one each from Georgia, Alabama, Tennessee and Virginia.

This geography will help in many ways, Kaplan said.

“This decision first and foremost is about the health of our student-athletes,” he said. “With the COVID-19 situation in college athletics, we don’t want to put them in poor situations. The opportunity for us to spend nine less days on the road and not have to fly will be invaluable. Based on the location of our conference opponents, many of our trips now can be day trips.”

Kaplan, who has served as athletic director for two decades, said the idea of playing in a Northeast region conference such as the America East is something that has interested him for many years.

Collaboration and cooperation between athletic departments and university presidents from all schools in both conferences led to what Kaplan called a win-win situation across the board. After all, it will mean less travel for the remaining Atlantic Sun schools, too.

“As talks went on over the past few months, and the more and more we looked at things for everyone involved on both sides, the more sense it made to make this switch,” Kaplan said.

Kaplan said the move also could boost ticket sales and delight the alumni. The Highlanders’ home games against schools located relatively nearby could attract those schools’ alumni. And, for NJIT alumni, many of whom are working and living in the Northeast, they would have a chance to see their school compete.

NJIT and the conference have not released the fall sports schedule, so Kaplan is unsure of when NJIT’s first America East Conference event will be held. He said it likely will be in men’s or women’s soccer or volleyball in September.

The only certainty: It will be nearby.

Examining the key differences between leadership and management on ‘State of...