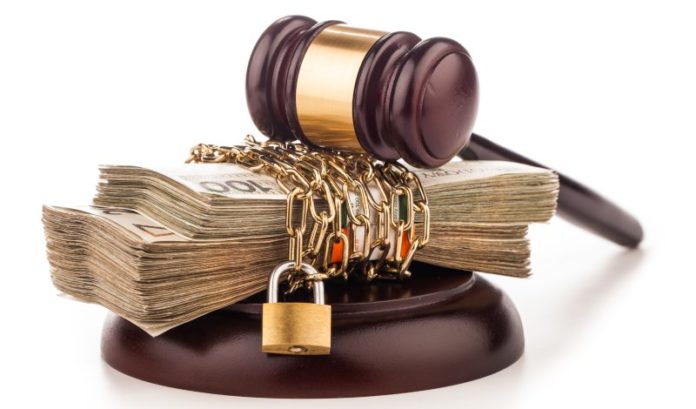 Gov. Phil Murphy announced Friday he had reached an agreement with state Senate President Steve Sweeney (D-West Deptford) and Assembly Speaker Craig Coughlin (D-Woodbridge) on a deal that will allow the state to borrow up to $9.9 billion.

New Jersey Republicans were not happy with what the three Democratic leaders did.

“Today, the Democrats in our state agreed to pile billions more in debt onto our children and grandchildren’s shoulders,” they said in a statement. “This debt plan is bad policy, and without voter approval is clearly unconstitutional.

“We will file suit to stop it.”

It is unclear under what grounds they will file suit.

But the three weren’t the only Republicans incensed by the move.

“To fund spending over the next fiscal year, taxpayers will be on the hook for $10 billion of debt and potentially more than $30 billion of interest payments over the 35-year repayment period that the proposal allows,” he said. “At the same time, Wall Street bankers will collect hundreds of millions of dollars in fees at New Jersey’s expense.

“To saddle the next generation of New Jerseyans with potentially $40 billion of debt repayments for spending that will occur next year is beyond insane. That’s exactly why schemes like this must be approved by the public.”

Oroho, the Senate Republican budget officer, said history will show — and has shown — this is a bad move.

“My predecessor, Sen. Bob Littell, called a debt issuance one-quarter this size in 1997 ‘wacko,’” he said. “Today, taxpayers are still paying off that debt.

“This debt issuance is ‘wacko’ on steroids. It’s billions of debt for operating expenses with tens of billions of interest more, and won’t be paid off for decades. It’s unbelievably irresponsible.”

“I appreciate the magnitude of the fiscal crisis we are in, but we haven’t even exhausted other fiscal management practices,” he said. “This borrowing scheme is reckless behavior that will only exacerbate our problems long-term.”

Feds wants 250K Jerseyans to pay back some of their unemployment...