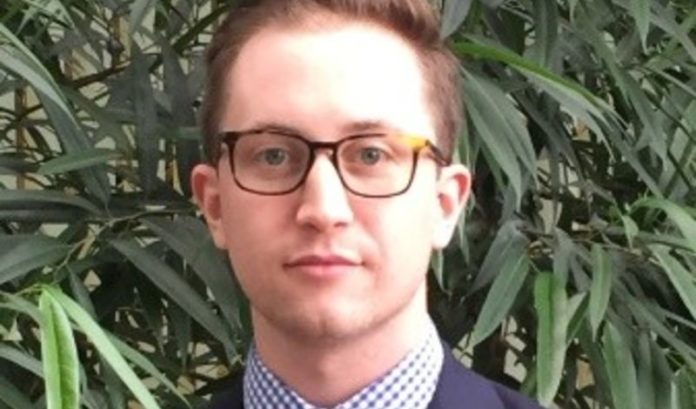 Bryan P. Murray wouldn’t say he’s figured it out on his own, but he’s a millennial — and, as one, he knows millennials often want to figure things out themselves.

It’s a generality, but, when it comes to millennials, he expects they’ve looked for answers in YouTube tutorials, Google searches and the like before coming to him. That millennial inclination is very obvious in financial planning, his profession.

But one of the many things flipped upside down during the pandemic has been exactly that tendency: When it comes to their money, millennials now want help figuring things out.

“The general gist of it is, they don’t believe they’re maybe as prepared as they should be and don’t know the necessary steps to take right now,” Murray said. “I think there’s much more of an incentive for them to actually set a solid financial foundation now than there was six months ago.”

Partly because of the asset sizes expected of clients at a financial planning firm, millennials as a whole haven’t had an enormous amount of interaction with financial planners. Murray, a financial planning manager at Paramus-based Wealth by Design, does more with these clients than most, both due to the fact that he’s a millennial and because he deals with multigenerational wealth.

Millennial clients tend to fall into two groups, he said. There’s a relatively rare millennial that he’s already engaged with and has gone through the financial planning process. And then there’s the more common millennial today, the one that feels like they should’ve already started that planning.

“That first group, they’ve been looking at it from the perspective of where opportunity lies,” he said. “They’ve seen very recently how an economy can come back. In this case, that rebound took just a couple of weeks. So, I think these younger people see a reason to possibly take on some risk.”

A recent study conducted by Fidelity Investments indicated that millennials were the likeliest of all the generational cohorts to be doing something about their financial situation. More than half were choosing to delay planned events or major purchases and build up savings, according to the survey.

About 20% of that survey’s millennial respondents were also investing new money in the market — the other side of the demographic that Murray alluded to.

For those millennials putting discretionary cash into the market, they’re starting their investing at a time when the barriers to entry are lower than ever. Some of the newer entrants among investment platforms, such as Robinhood, have brought in millennials with the promise of all-digital, free trading arrangements.

Even as profits have slid during the pandemic, some millennials have rushed into the market to place their bets on beaten-down stocks on Robinhood and other mobile apps.

“There might be merit to the argument, too, that more people are investing now because of the pause on something like gambling or sports betting,” Murray said. “But, in any case, more young people are coming to an understanding of how the stock market works; they’re at the same time becoming more open to understanding their overall financial picture.”

Often, a financial planner such as Murray sits down — virtually, these days — with a millennial to talk investing, only to have that conversation turn toward that young client’s cash flow issues that are taking potential savings away from them.

Especially for the millennials that didn’t have much interaction with a financial planner prior to the pandemic, there’s a lot of interest in etching out a financial plan and building up emergency funds.

The pandemic’s high economic toll has been a rude awakening for these new clients. And they’re now paying a lot of attention to what financial experts have to say.

As Murray said, if a financial planner told a client a year ago a global pandemic would put their finances at risk, no one would’ve believed it. Now, everyone’s aware of how prepared they need to be for the potential of financial hardship as a result of the COVID-19 situation.

“In theory, millennials might’ve known something could happen to them financially, but — particularly for those who weren’t out of college until after 2008’s recession — this might be the biggest change they’ve seen from an economic standpoint,” he said. “There’s millennials suddenly losing jobs, having bonuses cut and having their general work-life challenged in a way they never expected.”

Rising Tide presents $35,000 in prizes to winners of pitch challenge