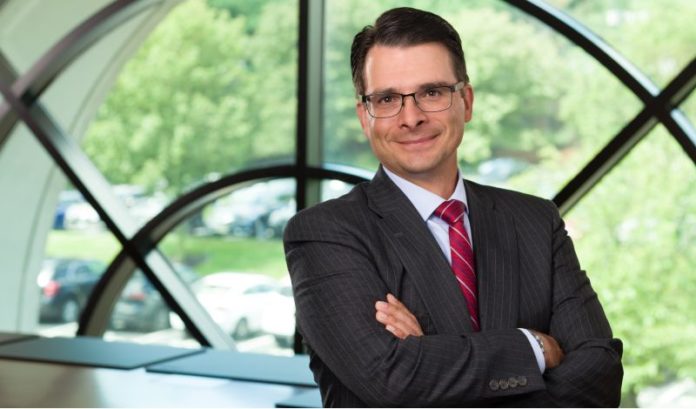 Aside from the summer sun beating down, there’s one other thing those in the Garden State’s solar sector can usually rely on in high places these days: friends.

Stephen Kisker, a chair of Chiesa Shahinian & Giantomasi‘s Renewable Energy & Sustainability Group, said New Jersey’s industry is at a crossroads right now. The local solar incentive program that has existed for more than 15 years is ending, and no one knows what’s on the horizon.

The only problem? A catastrophic pandemic continuing to circumnavigate the globe happens to have everyone’s attention.

“With COVID-19 in the mix, it has made it so everyone is struggling with all aspects of operating government in a pandemic,” Kisker said. “And is there the will to focus on this program when there seems to be so many bigger fish to fry?”

It was in December, before the pandemic entered the local collective consciousness, that the state’s Board of Public Utilities began the transition away from the current Solar Renewable Energy Certificates, or SRECs. The incentive was established in the mid-2000s to encourage more solar installations and reach renewable energy targets.

Murphy’s 2018 Clean Energy Act called on the BPU to phase out that program and develop a yet-to-be-determined replacement incentive to continue to support solar developments. For the time between that new program being established and the old program expiring, the BPU approved a stopgap known as Transition Renewable Energy Certificates, or TRECs.

At the same time, every state’s solar market will soon have to reckon with the virtual elimination of a major federal solar tax credit that has existed since 2006. The Solar Investment Tax Credit, or ITC, was extended in 2015 but has been shrinking incrementally each year and will soon dip to 10% of the former value of this tax break for new solar installations.

Pair that with the economic downturn from COVID-19 that have left few sectors unscathed, and the Solar Energy Industries Association is expecting a state like New Jersey to have almost 6,000 less solar jobs in 2020 than it was once predicted to.

But it’s hard for the Garden State to live up to the sky-high solar figures it hit last year. Because, according to Kisker, the fact that there were few details available on what the temporary incentive structure would look like inspired a race to complete projects before SRECs went away.

“Not knowing what was on the other side forced a lot of solar programs to get on the fast track,” Kisker said. “And the squeezing in of projects last-minute led to an unusual spike of installs in New Jersey — in a way that states that didn’t have the pending removal of an incentive wouldn’t have experienced.”

There’s some expectation that the rush may continue to some extent until April 30 of next year, when the state’s current solar credit program will be officially terminated.

Meanwhile, some questions that remain, said John Valeri of Chiesa Shahinian & Giantomasi’s Environmental Practice. For instance, the industry isn’t sure if extensions will be granted around that deadline or if projects will still qualify for the temporary incentive after the creation of a new program.

Valeri, who is a former chief of staff at the BPU and works on the government relations side of the sector, said that’s leaving those in the solar sector wondering if they should treat May of next year as the finish line, or perhaps a better starting point for projects.

“Hopefully, the board will send signals about that,” he said, “because that’s almost as big of an issue as whether there’s going to be gaps between these programs.”

Unless more details are released soon, Valeri expects New Jersey’s solar market will steadily cool off, perhaps to a greater extent than other states have already during the pandemic.

Valeri said the state’s energy officials have done the best they can to further the process of taking input from stakeholders on what a long-term plan for solar sector incentives should look like. He also understands that this isn’t everyone’s first priority.

“The board has a tremendous agenda of items it needs to get done outside of solar,” he said. “As important as it is, wind is still a big agenda item for the administration.”

What could end up being a long-lasting or permanent policy would usually take years of in-person discussions and deliberations. But the state just has a 10-month period to come up with a new plan.

“I think it’s a tall order … but I don’t question they’re committed to get through this process,” Valeri said.

Both Valeri and Kisker said the temporary incentive that’s in place right now isn’t far off from what solar industry clients are actually hoping will be the law of the land.

One of the primary differences between the prior SREC system and TRECs is that the former system fluctuated with market demand and the latter has set pricing. Even if that price is lower than the market-tied credit at the moment, most prefer the fixed numbers with TREC because of how much more their bank and private equity lenders appreciate the certainty.

“And, so, we’re hopeful we’ll get something like the existing TREC program going forward,” he said. “If the state’s program is similar, the growth of the solar market in the state will continue to explode. … But if we don’t have a lucrative incentive, solar installs are going to slow way down.”