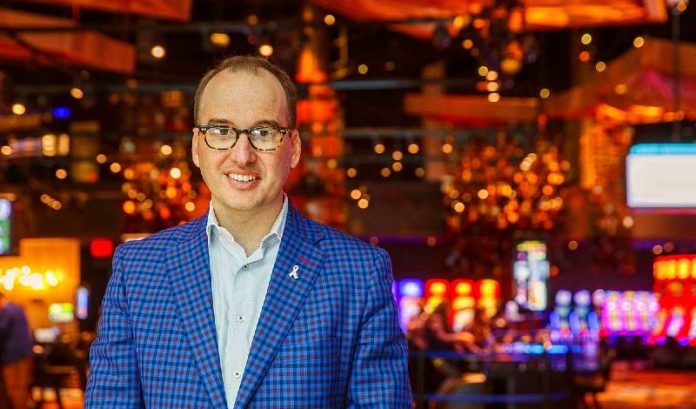 The casino industry has spent a lot of time wondering when millennials might stop shying away from gambling, and the pandemic has provided an answer …

In fact, analysts say slot machines and other forms of gambling might be less likely to reel in millennials as casinos reopen than they had before. Local casinos, which had often attracted millennials with still-closed clubs and dining options, are getting their first taste of that.

Mike Donovan of the towering and relatively new Ocean Casino Resort said that, on the casino’s first weekend back — when it became one of five Atlantic City casinos operating once more, abiding by  new safety measures, at the start of July — there were some younger people, but less than usual.

“It’s certainly an older crowd right now than it was this time last year, when you had nightlife, day life and sports betting,” he said.

After years of industry speculation that millennials might be only passing through the casino floor on their way to find those experiences, Jane Bokunewicz, an associate professor of hospitality at Stockton University, led research that provided data for that conclusion.

She was involved with several studies of millennial entertainment and gambling behaviors at Stockton University’s Levenson Institute for Gaming, Hospitality and Tourism, where she now serves as institute coordinator.

“One thing I thought was interesting (in the findings of those studies) was millennials were most interested in restaurants, bars, happy hours — things like that,” she said. “Those are the amenities they look for when going for a night out. Eighty percent look to restaurants, 70% bars and lounges, 66% listed happy hours and only 20% listed gambling.”

When it comes to priorities on a night out, gambling tops the list of about 42% of over-35 individuals in her research at the local institute. For millennials, it’s No. 21 on the list of what they’re looking for.

“And millennials do enjoy casinos, too, but they’re just much interested in the social aspect of it than counterparts in other generations,” she said. “It seems like they want to do it in groups, even when it comes to something like playing slot machines.”

Bokunewicz expects gambling as a group activity to be difficult in the current environment for casinos, especially as the state’s previously planned restart of indoor dining July 2 was halted.

But, after they were shuttered for about 100 days, Gov. Phil Murphy’s reopening plan did allow for gambling facilities to reopen locally if they observed certain rules, such as not allowing more than 25% of the usual capacity of casino floors and turning off every other slot machine to create a distance between players. Casino patrons have also been asked to wear masks.

“I think the older generations who like to gamble alone are going to be perfectly comfortable with going in there with a mask and sitting at a slot machine and playing,” Bokunewicz said. “They’ll still be enjoying the experience, but I don’t know — because millennials are so social — if younger people will return to casinos as quickly.”

Online gaming, which has been touted as the industry’s answer to its missing millennial problem, has in theory been allowed throughout the pandemic. But, at least when it comes to online sports betting, there’s the obvious problem — professional sports aren’t happening.

Dustin Gouker, lead analyst for PlayNJ.com, said millennials have seen the online forms of gaming as more attractive to sitting at slot machines. And online poker has seen explosive growth while Jerseyans were asked to stay indoors.

“For the past several months, in New Jersey and elsewhere, online poker has seen more than a doubling of revenue while people are cooped up at home,” he said. “That might slow down as physical casinos open up.”

Knowing that they need to appeal to the next generation, casino owners were — prior to the pandemic — remaking the inside of their casinos to make them more millennial-friendly.

Donovan, senior vice president and chief marketing officer at Ocean Casino Resort, said the older generation might still be its core clientele, but a lot of the newest machines on casino floors are meant to appeal to a younger demographic.

“As an industry, we’ve developed games over the past 10 years that appeal more to a millennial, but I still don’t think they’re coming in solely to play casino games at this point,” Donovan said. “Especially right now, they probably see their disposable income as better suited toward doing things with friends and family.”

For the time being, those in the casino industry have to admit that, without concerts and other social events, casinos with socially distant gambling alone are a hard sell for millennials.

That said, Donovan also thinks that what’s true of millennials today might not be true tomorrow.

“I think millennials, the older we get, we’re not going out with large groups of friends as we might’ve once,” he said. “I think about myself and how my behaviors have changed since I was 25 and going to Las Vegas mostly for clubs, food and the typical nightlife activities for a birthday. … Your habits and tendencies change a lot in your 20s and 30s. So, I expect we’ll see that.”

Betting on ‘The Ocho’?

It’s a sport no one would’ve wagered on: pingpong.

Against the odds, Dustin Gouker of sportsbook and online gaming website PlayNJ.com said bets on table tennis amounted to about half of sports bets placed to bookmakers in New Jersey and other states throughout April and May, when the seasons of professional sports came to a standstill.

“So, even given the limited amount of what’s going on, that’s a crazy amount of betting on this sport,” Gouker said. “People might’ve played in their basement as a kid. It’s easy to get into. And there’s a high volume of matches being streamed online, mostly in Asia and Russia.”

Sports betting has suffered in recent months due to the postponement of professional basketball, baseball and other sports. In the place of those sports, there have been some unexpected competitors.

Mike Donovan, senior vice president and chief marketing officer at Ocean Casino Resort, said he was most surprised to see cornhole — the bag-throwing contest regularly featured in the arena of neighborhood lawns.

“This is something that wouldn’t even have aired on ESPN’s (alternative channels) before,” he said.

With the resumption of international soccer and the start of professional golf and NASCAR, bookmakers are beginning to return to the usual sports betting roster.

As far as whether an offbeat sport like pingpong earned a lasting prestige … Gouker wouldn’t bet on it.

“I don’t expect it’s going to continue being a really popular sport,” Gouker said. “People are going to migrate back. But it’s still a fascinating trend.”