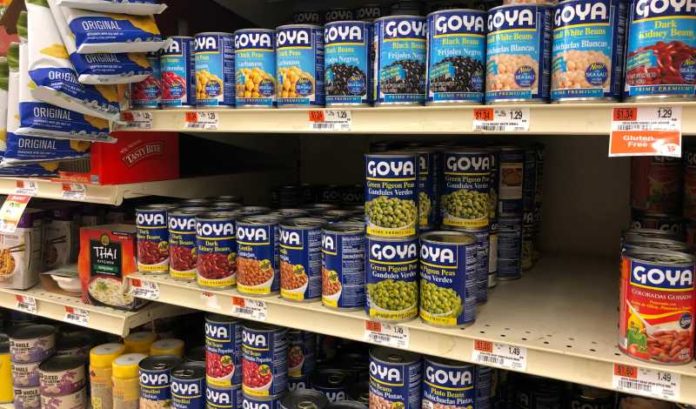 As the CEO and president of the Statewide Hispanic Chamber of Commerce of New Jersey, Carlos Medina does whatever he can to help spur growth in Hispanic business community in the state. Moving forward, he said he hopes the group will do it without a connection to Goya.

For Medina, the comments by Goya CEO Bob Unanue last week — when he said, “We are truly blessed to have a leader like President (Donald) Trump, he is a builder,” at a White House event Thursday — were insulting on both a business and a personal level.

“To call President Trump a builder when he has Hispanic kids in cages and has spoken so poorly about the population and never recognized them until Friday is something that insults me,” Medina told ROI-NJ.

“I think he’s the divider in chief. To call somebody a builder when, really, he’s the opposite, he’s a destroyer, is something that really struck me in my soul. Those words really hurt me.”

He wasn’t the only Hispanic leader in New Jersey to feel that way.

Melinda Colón Cox, the president of the Hispanic Bar Association of New Jersey and a partner at Parker Ibrahim & Berg, said her group also felt the need to speak out.

“As attorneys and as a bipartisan association that represents Latino attorneys across the state of New Jersey, the HBA-NJ believes in the sanctity of the constitutional right of freedom of speech; however, the right to free speech does not mean that one’s words do not come with consequences,” the organization said.

“To have a New Jersey-headquartered Latino company such as Goya express such strong support and praise for President Trump — without any acknowledgment of the broken relationship the president has with our Latino community or the hurt and pain that our community has experienced as a result of his words — is reckless and dangerous. As CEO of a company that prides itself in becoming ‘part of the culture’ of the Latino community, Unanue needs to be better, do better and must be held to a higher standard.”

Cox said the decision to issue a statement did not come easily, because the bar association appreciates the importance Goya has on the Hispanic community in the state. The group wrestled with it all weekend, finally releasing a statement after midnight Monday morning.

“Part of the reason we struggled with this is because they are the largest Latino East Coast-based company,” she said. “Their statements are so integral to how they impact our population.

“We support them, but this has caused some distrust. It’s an unfortunate thing to have happened. In the end, we felt we had to say something.”

Medina said he will recommend to SHCCNJ Chair Luis De La Hoz and the board that it no longer associate with Goya, despite the fact that the Secaucus-based firm is the largest Hispanic-owned food company in the country.

Medina feels it’s not good for chamber business. And he feels Unanue’s words do not serve as an example for how Hispanic businesses should conduct themselves.

“It was shocking, because it shows a total lack of understanding of his market,” Medina said. “Purely business, unemotional, my students in our entrepreneurship training program would know better than to do what he did.”

Unanue, who was not made available to ROI-NJ, didn’t back down on his comments on network television. In fact, he doubled down on them Friday night.

Speaking on “The Ingraham Angle,” a program on Fox News, Unanue said it’s time for the Latino business community to move forward.

Talk of boycotting Goya remained strong over the weekend — serving as the latest example of a “cancel culture” that is gripping the country.

It has been a clash between Goya, which has more than 500 employees in the state and approximately 4,000 worldwide, and political leaders and activists.

Oh look, it’s the sound of me Googling “how to make your own Adobo” https://t.co/YOScAcyAnC

The condemnation, however, was not universal.

There was plenty of support for Goya on Twitter, as well — with many saying Unanue was exercising his rights to free speech.

Geraldo Rivera wrote a column in support of Unanue, saying sarcastically, “How dare he be gracious to the reviled president?”

Goya is a staple of Cuban food. My grandparents ate Goya black beans twice a day for nearly 90 years. And now the Left is trying to cancel Hispanic culture and silence free speech. #BuyGoya https://t.co/Mhb7inVKWl

Goya said Friday that the company was donating 1 million cans of American-grown chickpeas and 1 million pounds of products to food banks across the nation that are in desperate need of food for families impacted by the COVID-19 pandemic. This follows numerous donations the company already has made, company officials said.

The latest donation, Goya officials said, comes in conjunction with the Hispanic Prosperity Initiative — an executive order implemented to improve Hispanic Americans’ access to educational and economic opportunities. The initiative was the reason for Unanue’s visit to the White House.

Not everyone was sold.

The Hispanic Federation, which was founded in 1990, is based in New York City and calls itself the nation’s premier Latino nonprofit membership organization, did not buy Unanue’s rhetoric.

The group said its aims is to empower and advance the Hispanic community, support Hispanic families and strengthen Latino institutions through work in the areas of education, health, immigration, civic engagement and economic development.

It said the Trump administration runs counter to its values. And it was stunned by Unanue’s words.

“Anyone who has taken even a cursory look at President Trump’s rhetoric and policies would be incapable of describing in the manner in which Bob Unanue did,” it said in a statement.

“Trump has demonized and criminalized our immigrant communities, caged our children, signaled support for white nationalist organizations, failed the people of Puerto Rico repeatedly during and after Hurricane Maria, and watched with callous disregard as a pandemic tears through our communities. No, Mr. Unanue, President Trump has certainly not been a blessing to the Latino community.

“Advancing a narrative of the Trump administration that ignores the reality of his hateful rhetoric and his harmful policies is irresponsible and demands a forceful, public response and repudiation. As one of the nation’s largest Latino civil rights organizations, we know what President Trump stands for, because we have fought his affronts the past three and a half years.

The ultimate impact of Unanue’s comments on Goya is unclear. But it has made clear just how mainstream the Hispanic community has become.

The size and importance of the Hispanic business community has been detailed on ROI-NJ many times.

No ethnic group starts as many businesses. And the Hispanic community, which today has a U.S. population of 60 million and generates $2.3 trillion in economic activity, is expected to be nearly one-third of the U.S. population by 2050.

Opportunities for this growing group is what spurs Unanue. He is business-first, he said. And he sees Trump policies as being pro-business, which can help the Hispanic community and all others.

When Ingraham asked him what he would say to the next generation of Hispanic entrepreneurs, he said this:

“Hispanic businesses are growing at three times the rates of any other business. And, so, the future is in our hands, and we have the opportunity to either do well or to destroy. And let’s do well.”

As for the uproar of his comments, Unanue chalked that up to a “cancel culture” that wants to shut things down rather than build things up.

When asked if he would apologize for standing next to the president, Unanue was very clear.