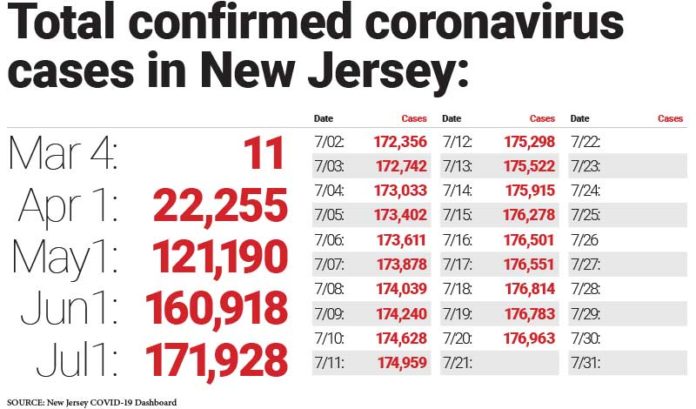 Gov. Phil Murphy said Monday he hoped he’ll have more specifics later in the week — but that parents of schoolchildren should expect to be given an option to have their kids get all-remote learning this fall.

“Later this week, the Department of Education will be releasing guidance allowing for parents to choose all-remote learning for their children,” he said. “The details will be coming out later this week, but we wanted everyone to know now that we will allow for this step.”

Murphy, speaking at his COVID-19 briefing, said the issues with schools is as complicated as any he has had to deal with.

“Having sat through another long meeting Friday afternoon, this has got a lot of moving parts,” he said. “This is as a complex a step as I think we’re going to take.”

While there certainly is a strong desire to get kids back in school for a number of reasons, there are some early signs of pushback from personnel.

Then there’s the increased costs associated with the return, which comes at a time when funding is depleted. Not to mention that having kids indoors, sedentary and in places that often have poor ventilation seemingly goes against the reasons Murphy has had for limiting other indoor activity.

Simply put, there are a lot of opinions on this — and no easy answers. 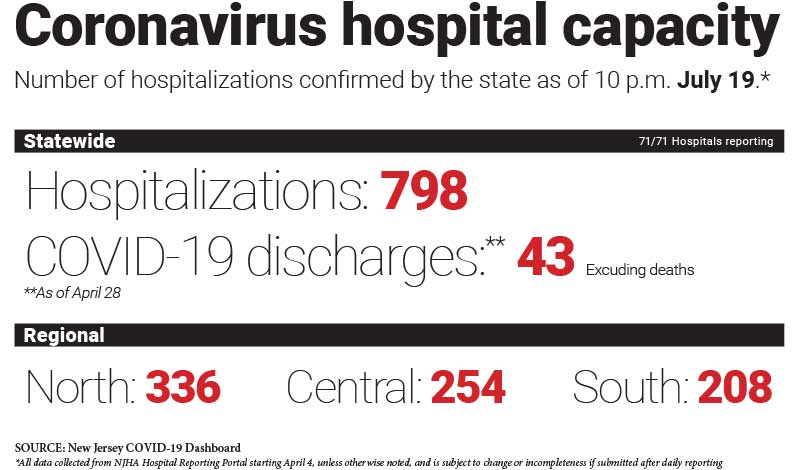 Health Commissioner Judith Persichilli gave more info on the fatalities, saying seven were in July and two in June. Also, only two of the fatalities came in the past 24 hours.

Here are the other hospital numbers, as of 10 p.m. Sunday:

Persichilli said the early feeling is that the voluntary quarantine requirement is going well — and that the state is hopeful it will continue to do so. As health commissioner, she has the ability to do things for enforcement but said she has not done so as of yet.

Traffic fatalities in the state have returned to pre-pandemic levels — despite the fact there are far fewer drivers on the road.

State Police Superintendent Col. Pat Callahan said the fewer drivers can create more problems, saying there are reports of cars and motorcycles being ticketed for speeds up to 145 mph.

That being said, Callahan said speed and driver inattention (read: cell phone use) usually are the two biggest contributors to crashes.

We’ve never been known for being up on modern slang, but we’re guessing there were a few groans and eyerolls from Murphy’s kids when he used an outdated term to describe a group of people at the Shore.

When you’re in line and you’re on top of people who are not in your family, or in the posse that you’ve been hanging with, that’s the concern I would have.”

Guessing he may hear about it at the crib tonight.