Home Politics My turn: Murphy jabs back at Christie for his criticism on small...
Facebook
Twitter
Linkedin 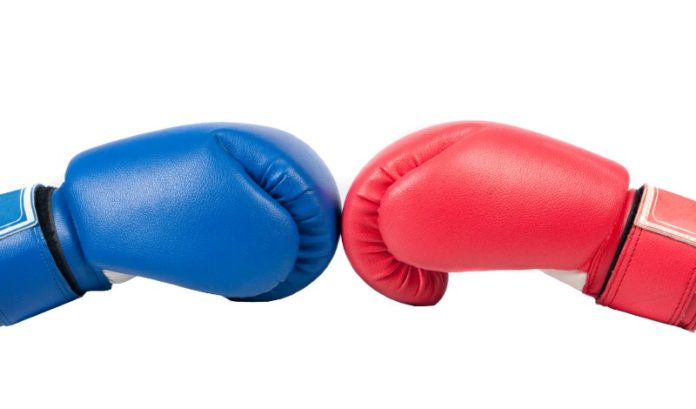 A day after former Gov. Chris Christie criticized Gov. Phil Murphy — saying Murphy’s COVID-19 precautions had hurt small business and that he favored public workers over everyone else — Murphy fired back.

And he did it in the Murphy way.

It wasn’t quick and loud and brash — as Christie often is. Rather, it was a compliment that simmered into an emotional response.

Then — after saying he wished Christie would have stopped there — he went on.

“We have strived from Day One to make the calls based on the science, on the data, on the facts — let’s just keep it at that,” he said. “And, frankly, I don’t know whether to laugh or to cry that he’s invoking the EDA, which was a piggy bank for special interests under his leadership: big companies, at the absolute expense of small companies.”

Murphy then defended his own version of the Economic Development Authority, which Christie said wasn’t doing enough.

“My math tells me that our EDA in this crisis has committed $100 million to help 20,000 small businesses — of which half of them already have the money,” he said. “So, we are in there every single day doing everything we can for small businesses.”

Murphy then questioned Christie for attacking him for supporting state employees. (A recent agreement Murphy has made guarantees all state workers will not be laid off and will get all of their raises, though some raises may be delayed.)

“Who thinks laying off middle-class workers, who are the very folks at the front lines providing the services that our residents so desperately need … who thinks that laying them off somehow benefits New Jersey’s families, when, in fact, the exact opposite is the case?” he said. “So, I’ll leave it there.”

But he didn’t. Murphy went on.

“I appreciate the fact that he’s helping out small business, but, c’mon, man, particularly given the train wreck that the EDA was under his leadership, all for the benefit of special interests at the expense of small business, especially how public-sector workers were crushed under him,” he said. “Give me a break.”

Murphy had a different take when talking about how Delaware Gov. John Carney was upset with New Jersey for being on the list of states from which New Jersey is requiring visitors quarantine. Carney has said the state is being punished for its small population.

“Let me say, unequivocally, I love John Carney,” Murphy said. “He’s a great governor, he was a congressman. He’s got a sense of the federal-state piece, which is really almost unique among governors. I will shamelessly promote his reelection in my personal capacity as chair of the Democratic Governors Association. He does a great job.”

Murphy said he understands why Carney is not happy — but said New Jersey’s decision is based on data, not his affection for him.

“Not everyone’s happy when you make the call based on the data and the science, and it is what it is,” Murphy said.

Murphy went on to say he hopes Delaware comes off the list.

Coming together on new economic incentive program must be priority