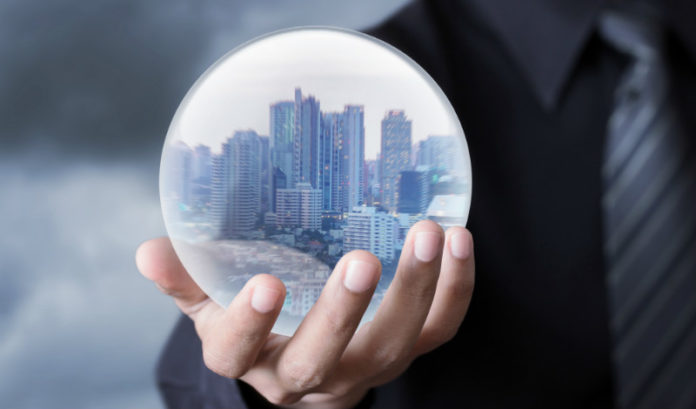 Jose Cruz is a realist. He knows he’ll be lucky to do half the volume of real estate deals in 2020 as he did in 2019. And he knows he’s in a race to close deals quickly — not only to beat the presidential election in November, but a feared second wave of COVID-19 that could come anytime in the fall.

But the senior managing partner and New Jersey office co-head at JLL is an optimist, too.

For all that’s going on the world, Cruz remains bullish on New Jersey. Now — and especially in the future.

“Let’s be honest,” he said. “From a business perspective, New Jersey will likely to be down this year in terms of transaction volume.”

Down, but not out. A lot of deals, Cruz said, are still out there.

“The deals that have stable cash flow, predictable income — like a Home Depot 10-year deal, multifamily, a 20-year grocery lease, a 10-year office — have real value for capital,” he said.

“The things that are going to be tough are things like multitenant and smaller tenant office buildings to finance. You don’t know who’s paying, who’s going to come back. When you have that inability to determine value, it’s hard.”

For now, it’s about timing. It’s why Cruz said he’s put $700 million to $800 million worth of product into the market this month. He wants to take bids in September to get nonrefundable deposits in October.

“The idea for us in 2020 is get as much as we can get done before the election and then see what happens,” he said. “The capital markets have gone quiet after past elections, when people try to figure out how the bond markets react, how the equity markets react, what’s the monetary policy and fiscal policy. It takes months.

“And then, God forbid, there’s a COVID resurgence right in the late fall, early winter.”

Cruz stops after that. He realizes a resurgence of COVID-19 — if it hits this region the way it currently is hitting seemingly everywhere else in the country — would be devastating.

But, if the region can avoid that — or if some type of vaccine or therapeutic is found — Cruz said he’s all in on New Jersey going forward for a number of reasons:

“I’m not getting a lot of pushback on the towers,” he said. “We’re going to come out with a bunch of new ones in Jersey City, including a few larger towers. I’m not worried about the deal size these days.”

2. The retail market: Whether employees go to work on a regular basis or not, more people in New Jersey means more need for retail.

“People think retail doesn’t have as much value; it does,” he said. “There’s real demand for standalone grocery and standalone drugstores, because you can bank on that income — that predictable, stable-credit cash flow has real value. And, more people in the suburbs means more need for retail.”

3. The New York market: The appeal of big cities — which have been hot for more than a decade — feels like it’s changing right now. The extent to which people will be eager to return to the suburbs to work (and live) is one of the great uncertainties.

“New Jersey would be in position to take advantage of that,” he said.

The only holdup, of course, is COVID-19.

“There just has to be some sense of safety — that, if you get this, you’re not going to die,” Cruz said. “That’s going to keep everything on the on the sidelines.

“But once we get past that, look out: I think New Jersey explodes in a good way.”

“There’s no doubt that I feel comfortable.”