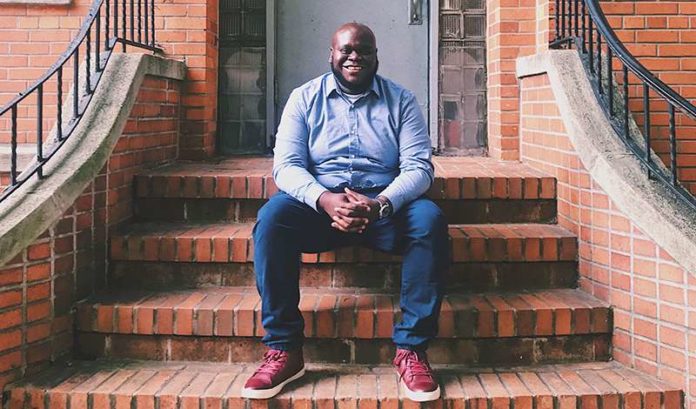 “You’re more likely to see a talking animal than a Black child on a cartoon,” he said.

This lack of representation has negative effects on diverse populations from an early age, he said.

Frasier, the founder of ABF Creative — a multicultural podcast network — is out to change that.

He said the lack of diverse voices and diverse characters gave him the inspiration to start ABF, which is part of the current cohort at Newark Venture Partners. And he feels the recent episodes of civil unrest and calls for racial justice prove the time is right.

One podcast, “African Folktales,” exposes children to diverse story traditions originating from Africa through bedtime stories. On Aug. 4, ABF will be adding an additional child-friendly program, “Akili and Me.”

“In ‘Akili and Me,’ it’s a Black girl as the main character,” he said. “And that’s almost unprecedented. Children get to hear a Black girl that sounds like them and looks like them if they see the animation.”

ABF originally started with content for millennial listeners. “Through Her Eyes,” its first podcast — released last year — gave a platform for mothers who lost their sons to gun violence. Continued momentum in the Black Lives Matter movement shows more can be done for the rising generation, Frasier said.

“There’s so much work to do as far as helping to shape the minds of young people and let them know they’re valid,” he said. “And that’s why we started to make children’s content — so they could see themselves and hear themselves.”

ABF Creative currently is a team of seven and has more than 100,000 listeners across all platforms available, including iTunes, Pandora, Spotify and Apple.

Being part of the current NVP program, the team is in the process of raising money and expanding its team and content pool, Frasier said. This could mean expanding beyond podcasts.

“We’re actually talking with book publishers and even television producers, because they’re interested in how we could grow this current state, from being just audio into other mediums as well,” Frasier said.

Frasier, after all, sees ABF Creative as more than a multicultural podcast network — he sees it as the intersection of technology and art. Because of this, he feels Newark is the right spot for his company.

“Being in a city like Newark, which is the artist city, there are so many different stories being told through different artists and mediums,” he said.

EDA helps Trenton salon renovate, so owner can use capital to...