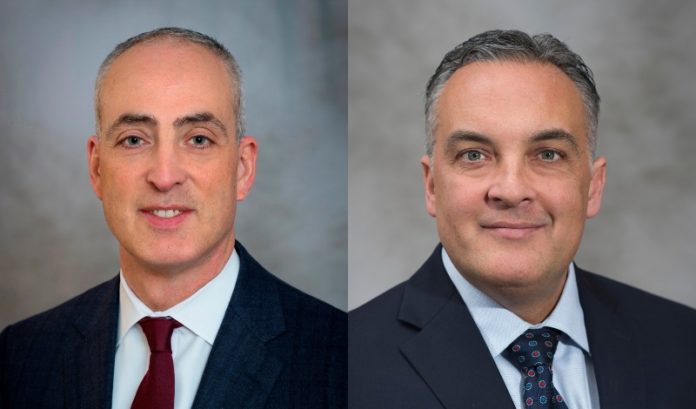 The health system announced that Philip Passes, vice president of practice integration, RWJBarnabas Health Southern Region, will take on the role of chief administrative officer for both MMC and MMCSC.

Both appointments are effective Sept. 1.

The company also reiterated that Frank J. Vozos, current chief executive of MMCSC, will be retiring by the end of this year.

“Eric and Dr. Passes have worked closely with Dr. Vozos for the past several years as part of our Southern Region team,” Bill Arnold, president of the RWJBarnabas Health Southern Region, said. “I’m confident that this new leadership structure will further strengthen Monmouth Medical Center and its Southern Campus and expand pathways to outstanding care for our patients.”

Carney, who joined MMC in 2016 as chief operating officer, was promoted to CEO and president in 2019. He began his career with RWJBarnabas Health more than 20 years ago as a respiratory therapist. In 1997, he was named the administrative director of respiratory care at Clara Maass Medical Center, served as assistance vice president of clinical operations at Union Hospital and vice president of operations at Saint Barnabas Medical Center.

In his new role, Passes will assist Carney in supporting care delivery, expanding various programs and services, and broadening academics to the southern region. Since 2018, he’s served as vice president of practice integration. Prior to RWJBarnabas, Passes was in private practice at an OB/GYN in Wall Township and was the founder and CEO of Women’s Comprehensive Healthcare of N.J. He also served as CEO of ESI Medical Services.

How does someone self-quarantine — especially now, when others have been...