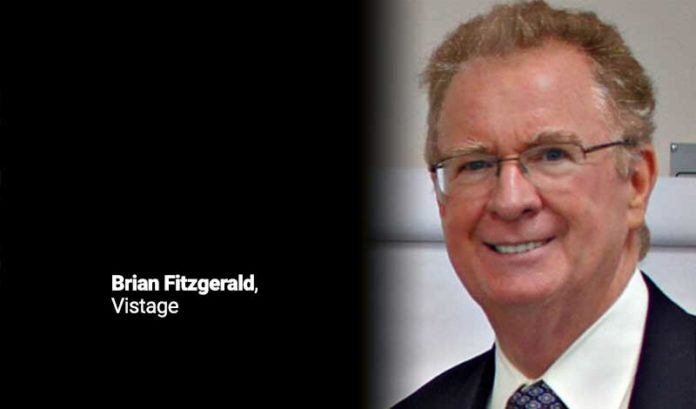 The Vistage Lifetime Achievement Award honors the accomplishments and ongoing commitment to learning and development of a longstanding Vistage member. These members draw from a deep well of experience and are generous in their support of fellow members. Their business achievements are inspirational and they have a track record of great decisions that benefit their companies, families and communities.

Fitzgerald has been a member of the Vistage CEO membership group since 1993. He has been with Easterseals for more than 40 years, starting his career as an intern in 1974. His drive and passion for the disability community has extended over multiple decades, in a variety of roles, and with tremendous contributions to this community. 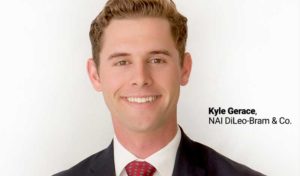 NAI DiLeo-Bram & Co., a leading full-service commercial brokerage firm, recently announced that Kyle Gerace has joined its team of professionals as an associate. In this new role, Kyle will be responsible for leasing and sales in central New Jersey. Kyle will be learning the market and building his database of owners and tenants initially while working with other professionals in the office on assignments.

“I was very impressed by Kyle from our first meeting. He is willing to put in the time and hard work required to learn the business. Kyle had been exposed to real estate previously and is eager to learn the commercial side of the business,” stated David A. Simon, chief operating officer.

Gerace received a B.S. in sports management from Rutgers University and had a distinguished record as a pitcher for the Rutgers University Baseball team. Previously, Gerace was employed as a referral agent with Balsley Losco Realty in Northfield, and is licensed New Jersey Real Estate Salesperson. 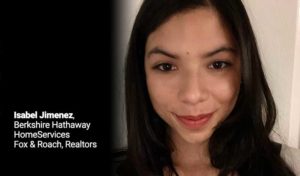 “I joined the company because of its mission statement, and long history of giving back to the community,” says Jimenez. She specializes in multifamily homes, first-time homebuyers, REO properties and asset management.

She is a member of the North Central Jersey Association of Realtors and she serves Essex and Ocean County. Jimenez resides in Matawan and speaks both Spanish and English. 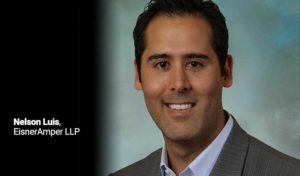 EisnerAmper LLP is pleased to announce that Nelson Luis has joined the firm as a principal in the Forensic, Litigation and Valuation Services Group and will serve as the forensics practice leader for the Pennsylvania office. 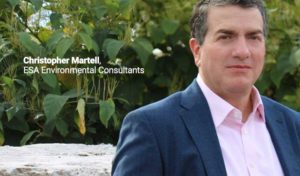 ESA Environmental Consultants reaches a significant milestone with the appointment of Christopher Martell as president of ESA.

Martell joined ESA in January of 2016 as a project manager. Within months, he was promoted to director of project management and, in 2017, he became vice president of technical services. Martell’s rapid rise in the ranks at the company is attributed to his unfaltering display of loyalty and competence as a leader.

His extraordinary handling of company staff and the day-to-day operations of the business during the coronavirus pandemic was the deciding factor for CEO Stephen Fauer in accelerating Martell’s ascension to president of the company. Throughout the crisis, Martell again proved himself to be highly competent, keeping the company fully staffed and operational with no interruptions to schedules nor decrease in quality of service to ESA’s clients. 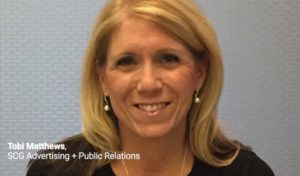 Stratford, Connecticut, resident Tobi Matthews has been appointed director of new business development by SCG Advertising + Public Relations, a full-service communications agency based in Parsippany. In her new role, Matthews is focused on developing client relationships, with an emphasis on consumer marketing.

Matthews joins SCG with more than two decades of advertising and promotional experience in the consumer packaged goods arena. In supporting a wide array of leading brands, she has been particularly active in branding and shopper marketing initiatives.

“Tobi’s background in cultivating new business relationships is an impressive one, and we’re excited she has joined our team,” says SCG Advertising + Public Relations Vice President/Creative Director Tom Marguccio. “As an agency, we pride ourselves in providing a wealth of different communication service to clients in many sectors, and I’m confident Tobi will help us to further broaden the range of clients we serve.” 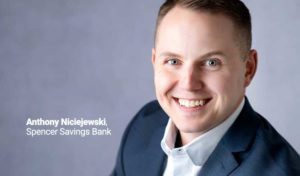 Spencer Savings Bank is pleased to announce the promotion of Anthony Niciejewski to the position of vice president, market manager. In his new role, Niciejewski will lead the overall success of the bank’s Essex and Morris county teams — specifically in the Lyndhurst, Nutley, North Caldwell and Parsippany locations.

He will continue to develop these high performing teams by coaching and supporting them, while also focusing on customer experience and creating long lasting, solid business partnerships in the community. Niciejewski will be responsible for the operational and financial goals of his market as well as managing the government banking relationship portfolio for the bank.

“I am excited to announce the promotion of Anthony Niciejewski to vice president and market manager. This promotion reflects the significant contributions Anthony has made to the bank and to the communities we serve over the past seven years,” stated George Celentano, senior vice president and director of retail banking. “I am excited to see Anthony’s career continue to grow and flourish here at Spencer and wish him continued success in his new position.”

Veteran cable telecommunications executive Josh Barstow has been promoted to the newly created position of chief revenue officer at OpenVault, the global provider of technology solutions and industry analytics for broadband operators announced.

Barstow will leverage more than 20 years of experience in the telecommunications sector to grow OpenVault’s global expansion, drive channel strategy and manage sales efforts and resources. A longtime executive with MetroCast Communications, Barstow most recently had been executive vice president of corporate strategy and business development for OpenVault.

At its June meeting, the Chemistry Council of New Jersey’s board of directors elected Michael Heltzer, head of state government affairs for BASF Corp., as the council’s new chairperson, succeeding Leslie Waller, director of chemistry, energy & environmental industry, Americas, for Messer Americas, who completed her term as chairperson, and will now serve as immediate past chairperson.

“It has been my pleasure to serve as chair for the last two years,” said Waller. “I know that the council will be in good hands under the new leadership team, and I look forward to working with them to continue the positive changes started during my tenure.”

AdvanSix announced the appointment of Kelly Slieter as senior vice president and chief human resources officer. In this role, Slieter will be responsible for leading the Company’s human resources organization, including talent management, leadership development and training, compensation and benefits, and communications. Slieter will report directly to Erin Kane, CEO and president of AdvanSix, and be a member of the Company’s executive leadership team.

“Kelly will help us continue to build an engaged, inclusive and high-performing culture at AdvanSix,” said Kane. “She brings tremendous experience after serving for over 20 years in various human resources leadership roles across multiple industries. Kelly has an impressive track record of success and will be a critical partner as we advance our broader strategic initiatives. We look forward to her joining the AdvanSix team and leading in an environment where talent and culture continue to be a driving factor in our collective success.”