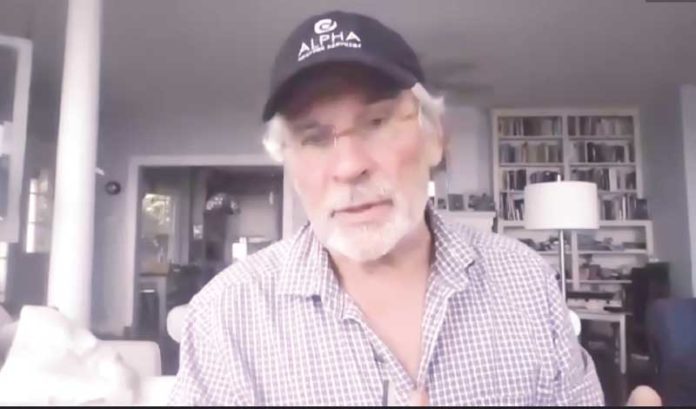 Both are venture capitalists who make New Jersey their home, and both are gung-ho on New Jersey as a place for startups to grow.

While the conversation was wide-ranging, both investors told Barrood that essential businesses will win the bulk of VC funding during the COVID-19 business slowdown, as these are the companies that will be able to secure customers and grow the fastest.

Alpha Venture Partners funds exclusively midstage growth rounds because its investors realize that firms are staying private longer and have excellent opportunities for growth at the middle stage.

“We work with about 500 early-stage VCs to be their opportunity fund,” Smiga said.

Bhatti’s BrandProject is an early-stage fund that invests mostly in startups specializing in brands or consumer packaged goods.

“We started this in 2013, when ‘direct to the consumer’ was about to take off,” and it was good to be in this business, he said.

Smiga added: “I think Jersey gets short shrift in the national news and in venture (capital). And I think Jersey’s biggest challenge is to attract great founders and entrepreneurs, because that’s what made us great in the first place.”

New Jersey had fallen behind, but “not now,” he said.

“Now, I think there is a great upcoming crop of founders and entrepreneurs, and an emerging class of investors like Jay, who are investing in the early stage in New Jersey,” he added.

He said that he thinks New Jersey is a phenomenal location for entrepreneurs born in the U.S., born outside the U.S. or even for foreign companies that want to set up shop in the U.S.

Barrood asked how the COVID-19 economic crisis has been affecting their investing. Smiga said that Alpha was very lucky. Its portfolio companies have a lot of ways to cope with a recessionary environment, such as reducing the workforce, cutting costs — whatever will take care of the business.

“Because we invest in growth-stage companies, 95% of the capital we have invested is in companies that have 18 months of cash runway. And, also, because we invested in counterrecessionary plays, they are all either getting an immediate COVID lift or will get a quick growth return (as) soon as we’re out of complete sheltering,” said Smiga.

That has been great, he added, because Alpha has been able to concentrate on its companies, not just on putting out fires.

“We’ve coined the term ‘the essential economy’ as what defines what we are investing in,” he said.

He noted that founders should ask themselves, “Are you building a product or a service that saves people so much time and money that it’s essential?”

Bhatti agreed. He advised founders that, even though there is a lot of uncertainty in the world and the markets, if they’re offering something about which people say, “I still need this product, this product is essential for me,” they will be in good shape.

He said that BrandProject got lucky because it had invested in a lot of companies that are considered essential in today’s environment, such as food and delivery companies. Still, some retail companies they invested in, in the nutrition and vitamin space, had to shut down for a little bit. Bhatti believes that those retailers will ultimately be OK because people consider them necessary.

BrandProject’s investment criteria prioritize companies that deliver what people need in an area where an existing player isn’t doing a great job delivering its solution or has let its brand or product age too much because it isn’t innovating.

Bhatti reminded founders that VCs may have raised their capital years ago, so they still have funds to deploy. Companies that pass the “essentiality” test are still getting funded, and VCs are putting their energy into them. But other companies that might have been funded a year ago with good valuations are having a very tough time, he added. As an example, he said that a next-generation luggage company would have problems getting financing in this environment.

According to Smiga, you could actually say that this is the best time to get funded if you are an essential company, whether at seed stage or at midstage, because 60% of the companies out there aren’t being invited to the table. He added that companies must get serious about their business models, their margins and how they make money.

Both VCs had advice for startup founders seeking funding now. They said that a company’s setup for holding Zoom meetings matters. Smiga said a founder’s ability to be heard and seen clearly was essential for telling the company story, so founders should invest in a professional camera and microphone.

Bhatti stated that, while it may be much easier for essential businesses to gain funding now, there’s never a good or a bad time to start a business.

“You should start when you’re ready to do it,” he said. “Some of the best businesses in the world, like Microsoft and Google, were created during very bad economic times.”

During times like these, startups can hire “rock star” engineers at more affordable prices, he noted, so startups can use this time to build great teams.

Smiga disagreed with that a bit. He said that, if you have an idea that’s right for the essential economy, now’s the time to start a business and develop that great team. But, “don’t do it if you are not a part of the essential economy.” Getting customers will be the biggest challenge during these times, so “I would focus on that.”

Smiga and Bhatti have both been instrumental in the movement to brand New Jersey as a place for startups. Smiga noted that he grew up in New Jersey and built a company there, but spent most of his career in New York and the Bay Area.

“Somehow, New Jersey needs to replicate the kind of collegiality and intense founder gatherings and meeting places that you have in San Francisco, Silicon Valley, New York, Austin and Boston,” he said. “New Jersey could, but we don’t yet, and I am not sure how to solve that problem.”

He added that the state needs to attract more capital: “There are very few VCs in New Jersey.”

He then said that the state has to address its brain drain. He observed that students go to the best STEM high schools in the country, which are here in New Jersey, but leave for Silicon Valley and other areas. He added that we need a way to wrangle our diaspora of tech talent and tech entrepreneurs and bring it home.

According to Bhatti, New Jersey has begun to show that it is pro-growth and pro-innovation. Also, it has reduced its focus on big companies, and is now concentrating on smaller companies, where growth happens. Gov. Phil Murphy’s administration has done a good job of putting an emphasis on creating programs to promote growth in younger companies, he said.

Bhatti suggested that any startups that are founded in New Jersey and stay here for five years should receive a capital gains tax exemption for their first 10 years, to follow on a federal IRS regulation that allows an exemption that provides 100% tax free gains for qualified stock held for more than five years.

“You’ll know what we’ll match at the state level,” so you’re not paying state or federal taxes on that first “capital gains victory,” he said.

Why N.J. is still eager to bring crypto market to state...