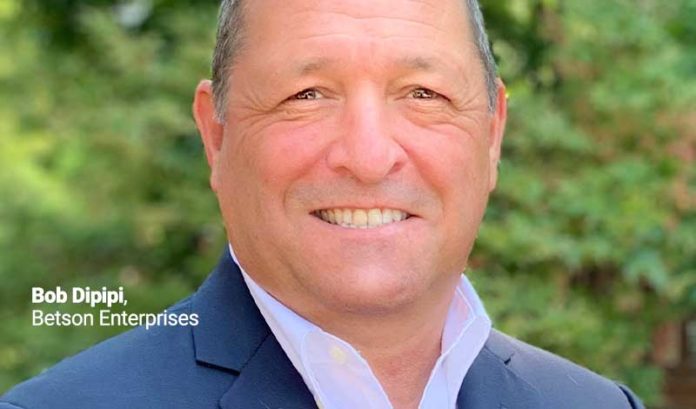 Betson Enterprises announces the promotion of Bob Dipipi to vice president of purchasing & sales. Dipipi will be responsible for all amusement and vending equipment purchasing, factory relationships and inventory management. Additionally, he will continue to help manage the sales organization and work with key accounts.

Dipipi joined Betson in 1995 and rose through the sales ranks, most recently as director of sales.

“Bob has worked in the industry for 28 years and Betson for 25 years,” said Jonathan Betti, senior vice president of sales and business development for Betson. “We are excited to see his career evolve to this level and proud that he’s a member of the Betson family.” 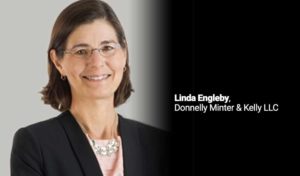 Engleby will continue in her practice of advising clients in all matters relating to estate and trust administration and probate litigation. Engleby also counsels clients relating to guardianship matters, having served as Guardian Ad Litem and Court Appointed Attorney on numerous occasions.

“Linda is an outstanding addition to our firm,” said Laura Ann Kelly, one of the firm’s founding partners. “Her ability to develop close client-attorney relationships, coupled with her talent for designing sophisticated estate planning documents tailored to address each client’s specific needs are the type of skills our clients value.” 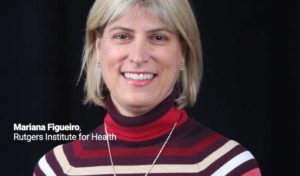 Figueiro, a professor of architecture and biological sciences at Rensselaer Polytechnic Institute, is a renowned researcher in the field of lighting and health and the director of the Lighting Research Center. On Sept. 1, she will take on her new roles at Rutgers as director of the new Center for Healthy Aging at the Institute for Health, and chief of the new Division of Sleep and Circadian Medicine in the Robert Wood Johnson Medical School Department of Medicine.

The new programs bridge Figueiro’s research focusing on the use of lighting in real-world environments to improve health and well-being, particularly through its effects on circadian rhythms and sleep, and in the treatment of conditions such as diabetes and dementia in older adults. 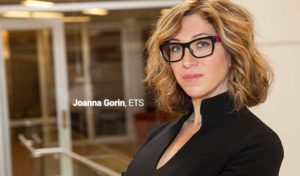 ETS CEO and President Walt MacDonald announced that Joanna Gorin has been named vice president of global language learning, teaching and assessment and chief operating officer of Global English Language Markets at the organization. She begins her new role Oct. 1.

Gorin takes on this newly established position as ETS moves to increase its prominence and influence within the global language learning and assessment ecosystem through inventing and accelerating solutions to market that best serve the learners of tomorrow. Under her leadership, a coherent strategy that meets the needs of a growing and evolving global English language market will integrate established brands and emerging ETS products and services.

“Joanna has established an outstanding reputation at ETS as both a leader and innovator and has played a key role in transforming our research unit over the past eight years,” said Dave Hunt, executive vice president and chief operating officer at ETS. “Her exceptional research background, product knowledge and demonstrated leadership attributes position her well for this role as we elevate and move our new strategy forward in order to best serve the global language learning community. ETS has always held a strong position in the global language field and I am confident that will only be strengthened under Joanna’s strategic direction.” 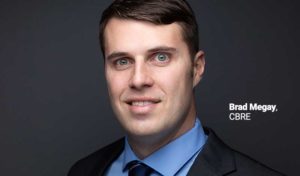 Brad graduated with a Bachelor of Arts in sociology from Princeton University in 2013, where he was a four-year member of the varsity football team. After graduation, he served in the Army for six years as an infantry officer with both the 101st Airborne Division and 1st Battalion, 75th Ranger Regiment. Megay deployed to Afghanistan twice for a total of 14 months and separated from the Army as a captain.

“We’re thrilled to have Brad join our team,” noted Spencer Yablon. “His experience as a student-athlete at Princeton and as an officer in the Army demonstrates tremendous leadership skills. Once we met with Brad, our team came to a quick consensus that we needed to bring him on board and we’re confident that he will hit the ground running.” 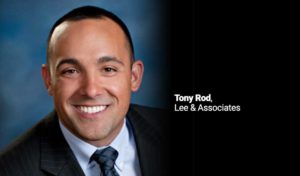 Lee & Associates, a national full-service commercial real estate firm, announces the addition of a new principal with a focus on the regional Philadelphia industrial market.

Tony Rod has joined the brokerage team in order to enhance Lee’s capabilities in the Philadelphia and southern New Jersey industrial submarkets and beyond. He will continue his successful practice in landlord and tenant representation as well as acquisitions and dispositions of industrial real estate.

“Tony brings a solid foundation and an exceptional work ethic to serve his clients here at Lee,” stated Joseph B. Hill Jr., principal of the firm. “His stellar reputation and history of success makes him a valuable member of the Lee team.” 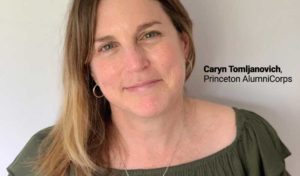 Princeton AlumniCorps is proud to announce the appointment of Caryn Tomljanovich to executive director. Tomljanovich was most recently the director of programs and strategy at AlumniCorps, and replaced Kef Kasdin, who has moved to San Francisco for personal reasons and will retain the volunteer role of president of AlumniCorps, to which she was appointed in 2016.

Kasdin shared: “I’m thrilled to pass the baton to Caryn Tomljanovich as executive director. She brings not only considerable experience, wisdom and commitment to the role, but also a deep knowledge of all AlumniCorps programs and extensive connections to the AlumniCorps network.”

Since 2013, Caryn has been a driving force behind AlumiCorps’ growth across the country. During her tenure, she expanded the number of projects in the ARC Innovators program as well as planned and implemented the first-ever Project 55 Fellows retreat in 2019. She has focused her work on deepening relationships with our Project 55 partner organizations and building a stronger civic engagement curriculum for Project 55 Fellows. She led the development of the Bold Idea and worked closely with Appleseed to create a network of individuals and organizations focused on immigration issues.

Corcoran Group LLC announced the appointment of Stephanie Anton, previously of Leading Real Estate Cos. of the World, to lead marketing and growth for the Corcoran Group as its senior vice president. Her appointment comes following the successful Corcoran franchise business that launched in February.

In her role, Anton will help to further expand Corcoran franchising with direct oversight of franchise marketing, servicing and development. For Corcoran to ensure partnership and support as the brand continues to develop its franchise business presence across the U.S. and around the world, Anton will build upon the world-class support services available to Corcoran affiliates, backed by Realogy. She will report directly to Pamela Liebman, CEO and president of the Corcoran Group.

Labyrinthe Holdings Corp. announced the addition of its new chief marketing officer, Carol Carrozza, to its team of leaders.

Carrozza is joining Labyrinthe Holdings Corp. coming from Ansell Healthcare Inc., where she served as vice president of marketing, global marketing and strategic marketing for several health and wellness brands such as LifeStyles, Contempo and SKYN. She was also beneficial in spearheading entry into China, which led to the expansion of LifeStyles overseas.

With over two decades of experience in the telecom/wireless industry, Hardwick will continue to effectively support SQUAN’s business expansion efforts by leveraging her wealth of professional understanding, deep technical, operational and strategic leadership. The promotion will allow Hardwick to bring much more to SQUAN’s development as wireline, fiber and wireless carriers continue to come together and increase pressure on operational excellence.

“Paul’s experience and service to our industry speaks for itself, and we are very excited to be able to add him to our already very strong and talented team. A&V continues to add people of technical and business-savvy to help our clients improve their business performance,” said Gillis.