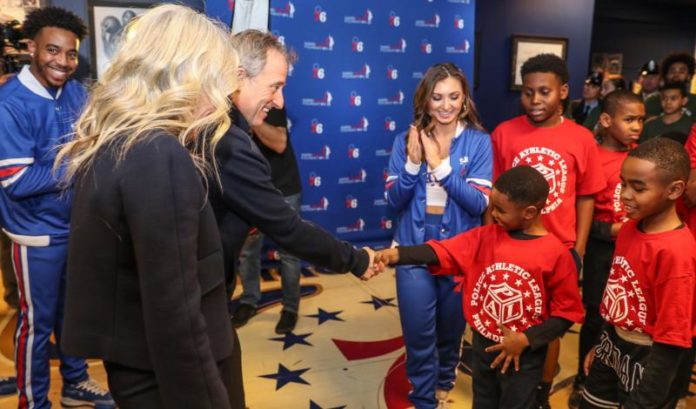 Harris Blitzer Sports & Entertainment, owner of the New Jersey Devils and the Prudential Center, announced Monday that it is launching a companywide plan to fight systemic racism, including two $10 million commitments to help meet the challenge.

The company has pledged $10 million over the next five years to drive action and invest in cities where its teams live, work, play and perform, it said in a news release. It has also contributed $10 million through the 76ers to the NBA’s new foundation to drive economic empowerment in Black communities.

“As leaders and stewards of community pillars, the eyes of the world are on us to do better, and they should be,” Harris said in a prepared statement. “While we will never be able to correct the past harm and injustice faced by Black Americans, it’s our duty to provide resources that enable tangible action and greater opportunities for equality. We are committing to a fundamental change in our business strategy by embedding our organization with Black communities through significant and sustained investment and support.

“We are deeply committed to fighting for a better, more inclusive future, and we pledge to be leaders in doing so.”

“It is crucial for us to take action in fighting against systemic racism and social injustices, which have persisted for far too long,” Blitzer said in a statement. “Moving forward, we are making a continued commitment to racial equality as a key focus of our business, advancing institutional and situational change where we live, work and play.

“We cannot and will not tolerate racism, injustice or hate, and take responsibility to be a part of the solution for the future of our industry, the cities we serve and our country as a whole.”

Subban, a Black Canadian acquired by the Devils in a trade before the COVID-shortened 2019-20 season, was recently named a finalist for the NHL’s King Clancy Memorial Trophy, presented “to the player who best exemplifies leadership qualities on and off the ice and has made a noteworthy humanitarian contribution in his community.”

The three-time NHL All-Star is well-known for his philanthropy, including his personal foundation’s “Blueline Buddies” program, which brings together local police and youth to attend NHL games, and his $10 million pledge to Montreal Children’s Hospital.