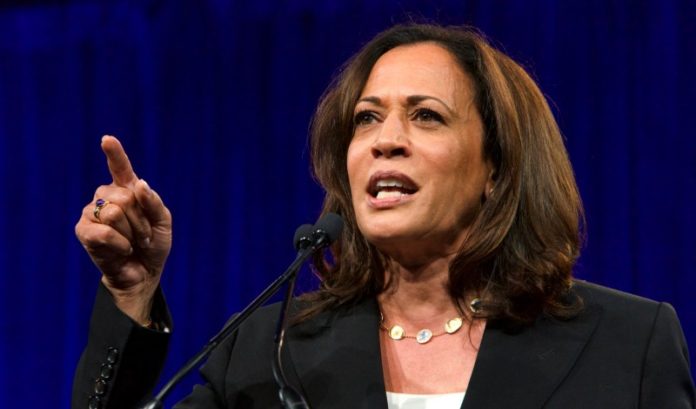 “There are a number of women who are qualified to be president tomorrow.”

This was Joe Biden’s response to a question during a debate of Democratic presidential hopefuls March 12. And, while women across the country were heartened by his acknowledgement, it was what Biden did with that acknowledgement that truly matters.

Biden, who will accept the party’s nomination for president Thursday, made history earlier this month with the selection of U.S. Sen. Kamala Harris (D-Calif.) as his vice presidential running mate. Harris is the first woman of color to be a major-party nominee for vice president. On Wednesday night, she will put a large crack in the glass ceiling as she formally accepts her party’s nomination.

As president of Executive Women of New Jersey, a leading nonprofit organization that seeks to increase the number of women on the boards and in the C-suite of public companies, I am not endorsing any particular candidate, nor is EWNJ, but rather highlighting this moment as an example of how intentionality and follow-through are needed to drive equity.

A woman on the national stage sets a precedent for taking a giant leap forward in the private sector. We have a shortage of women in powerful positions because of a lack of intention, ongoing gender bias and longstanding systemic barriers. Women comprise a very small percentage of Fortune 500 CEOs. In New Jersey, there are 17 Fortune 500 companies, and only one is led by a woman.

The data speaks for itself, and it could not be any louder.

Here in New Jersey, EWNJ’s 2019 Seat at the Table report illustrated that, of the 965 board seats at 100 companies, just 18.1% were held by women. This was only a 1-point increase over 2017, when women held only 17% of the board seats. This unacceptably slow pace belies the fact that many highly qualified women are well-equipped to lead these corporations.

It has been proven that companies with more women on their boards have stronger financial performance and fewer governance-related issues such as bribery, corruption, shareholder battles and fraud.

We also know that many corporate leaders, who clearly understand these benefits to their bottom line and their organizational culture, have implemented women’s leadership programs to cultivate a pipeline of women qualified to lead within their organizations. So, the intention to elevate women’s leadership is clearly alive and well across companies and industries. Still, women are relegated to tracks that do not lead to the CEO’s chair.

It is one thing to say, “We want more women in leadership positions.” And another thing to ensure that we create the spaces and opportunities to ensure that our actions follow our intent. We can look at Biden’s leadership as an example. Having said on the most public of stages that he intended to put a woman on his presidential ticket, Biden kept his word.

The historic nature of Harris’ nomination as a woman of both Black and Asian descent has been at the forefront of our national conversation since the announcement. However, her track record leading large organizations and her experience on the national stage, along with her ability to win elections in the largest, most diverse state in the country and her unmatched talent for debate, all illustrate that Harris brings a lot to the table. Whether she can continue her trailblazing leadership as vice president of the United States is up to the electorate. It is undeniable, however, that Harris’ significant accomplishments make her an excellent candidate for the role.

This is an important lesson beyond politics. In just one critical step, Biden has shown us what it takes to elevate women’s leadership: the recognition that there are women who are well-equipped to lead, and selection from within that pool of well-qualified women candidates. He has created an opportune moment to take a giant leap toward equity for women. This is a model for private and public companies and large and small businesses to follow when it comes to women’s leadership. Intention and follow-through.

After all, history has shown us that if there is to be equity, there must be intentionality, or there will be no change. Expecting women’s merit alone to win the day has not worked. Business, like politics, must be intentional to drive change.

Barbara Kauffman is the president of Executive Women of New Jersey and the executive vice president/chief operating officer of the Newark Regional Business Partnership.