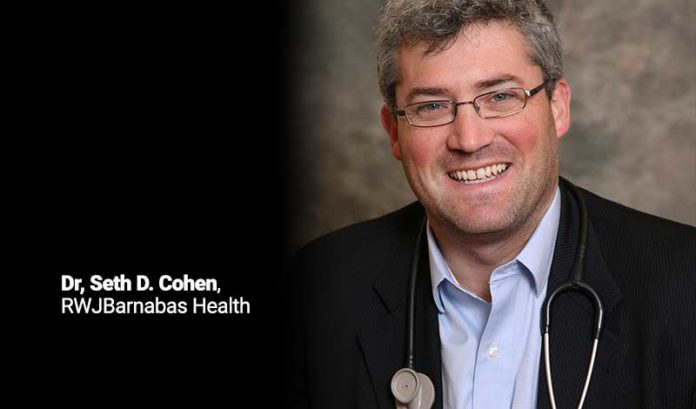 Board-certified internal medicine physician and medical oncologist Dr. Seth D. Cohen has been appointed to the newly created position of regional director of oncology services for the RWJBarnabas Health Southern Region. In this role, Cohen will provide leadership and direction to enhance the quality and future growth of cancer services across Monmouth and Ocean counties, including integrating services available at Monmouth Medical Center, Monmouth Medical Center Southern Campus and Community Medical Center. 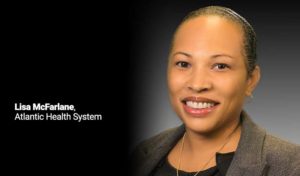 As the importance of testing continues to grow in the fight against the COVID-19 pandemic, Atlantic Health System, a leading provider of health care in New Jersey, has named board-certified clinical laboratory scientist Lisa McFarlane as its new director of laboratory services.

McFarlane takes the reins of Atlantic Health System’s laboratory services, which serves the organization’s seven hospitals, multiple ancillary sites and physician network of nearly 1,000 providers, all linked by a team of laboratory couriers, as well as phlebotomists who provide outreach services. The laboratory services include the Atlantic Consolidated Laboratory, which provides a robust array of services, processing more than 16,000 tests each day for a variety of conditions.

McFarlane is a member of the American Society of Clinical Pathology and comes to Atlantic Health System with 15 years of experience in both pathology and laboratory operations, most recently from Hackensack University Medical Center, where she served as the technical and operations director of the laboratory.

Indecomm Global Services, a leading provider of automation, outsourcing and compliance services and technology for the U.S. mortgage industry, announced that Narayan Bharadwaj has joined the company as senior vice president of automation.

In this role, Bharadwaj is responsible for automation strategy and execution with a goal of transforming the operations and technology landscape of the mortgage industry. He reports to Rajan Nair, CEO of Indecomm.

Phathom Pharmaceuticals Inc., a late clinical-stage biopharmaceutical company focused on developing and commercializing novel treatments for gastrointestinal diseases, announced that it has appointed Todd Branning as chief financial officer. Interim CFO David Socks will continue with the company as a strategic adviser and remain a member of the board of directors.

Branning was most recently with Amneal Pharmaceuticals Inc., where he served as senior vice president and chief financial officer. He brings a diverse global finance background consisting of over 25 years of experience in corporate finance and accounting, tax, financial planning and analysis, and investor relations.

Three area business leaders have been named to four-year terms on the Centenary University board of trustees, announced Wolfgang Gstattenbauer, board chair.

The new trustees are:

Dr. Czuczman was most recently therapeutic area head, vice president, clinical research and development, global lymphoma/CLL program at Celgene Corp. At Celgene, he was responsible for worldwide clinical development in Lymphoma/CLL and for the development of all compounds from Proof-of-Principle through registration globally.

Nisivoccia, a leading accounting and business advisory firm, is pleased to announce that Bud Jones has been named managing partner of the firm, succeeding Timothy Mehaffey. Jones becomes the fourth managing partner of Nisivoccia as the firm celebrates its 50-year anniversary.

“As managing partner, I look forward to overseeing the future growth of the firm, strengthening our unparalleled firm culture and working with our professionals to continue to exceed our clients’ expectations,” he said.

“Public safety professionals across the country are encountering uncommon challenges where increased situational awareness is critical to their success. Our company realizes the importance of supporting CRG clients and their use of our products in these times, and feel Rich is perfectly suited to lead that effort across the country,” said Phil Coyne, president of CRG. “His extensive background in emergency operations, training and policy development make him uniquely qualified to assume the role of director of implementation.”

The New Jersey Association of Ambulatory Surgery Centers has elected members to its board of directors. They are: Bonnie Brady Lavoie, West Morris Surgery; Joan McKibben,Ambulatory Surgical Center of Somerset; and Caroline Ivanovski-Hauser, Bergen-Passaic Eye Surgery Center, who will also serve as NJAASC’s treasurer.

“NJAASC has a very proactive and engaged board that has been committed to not only supporting our members, but all (centers) in New Jersey,” explained NJAASC President Jeff Shanton. “NJAASC has been extremely active since the COVID-19 pandemic hit New Jersey in helping to guide centers through the crisis, while serving as a liaison to the (Department of Health) and as an industry voice in the Governor’s Office. I know that these new board members will continue to serve the organization well, and we look forward to working with them.”

Much of Venezia’s career has been focused on pharmaceutical and health care technologies. A frequent speaker and trainer, he served as chief revenue officer of Signals Analytics. Prior to that, he worked in global sales at both Clarivate Analytics and Thomson Reuters, and served as vice president of sales at GlobalData plc.

Pandemic has shown how doing international business — particularly if it’s...