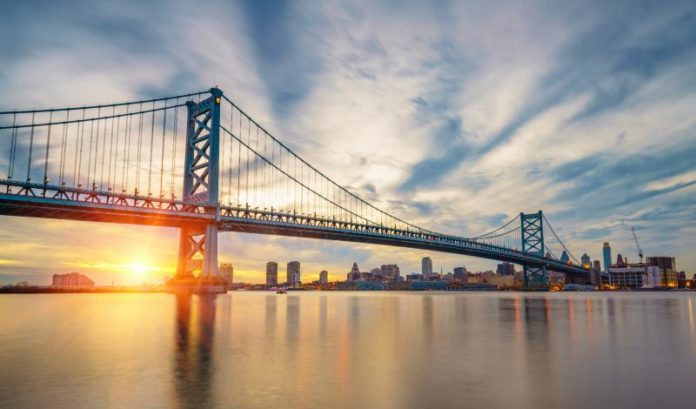 In the middle of the Assembly Commerce and Economic Development Committee’s Zoom meeting on whether the state should consider a regional approach to reopening more of the economy — one in which key members of the health community and key leaders of business organizations endlessly debated the merits with elected officials  — the decision suddenly was made.

By the city of Philadelphia.

Christina Renna, the head of the Chamber of Commerce Southern New Jersey, offered some breaking news to the group:

“Just now, while we’ve been in this committee meeting, Philadelphia just announced that indoor dining starts the day after Labor Day,” she said.

For anyone in South Jersey, it was an announcement of a regional opening of business — because everyone in the state already knows one thing: Business does not stop at the state border.

“You mean to tell me that people, the residents of New Jersey, aren’t going to drive across the bridge to have an indoor dining experience in Philadelphia?” Renna asked, and then answered. “They are going to do that.”

They have done that, Renna said.

“Before nail salons and hair salons opened, I knew numerous people who took road trips to Delaware to have that done,” she said.

The announcement also perhaps summed up the frustrations of business owners across the state, ones who feel as if they have been unfairly penalized while seeing neighboring states be more aggressive — including New York’s effort to reopen gyms.

Gov. Phil Murphy has turned over the decision to reopen schools — and to play high school sports — to the local experts, saying one size does not fit all. But he won’t do the same for business.

The business association heads Thursday said this needs to change. Something, they said, has to change.

Renna — whose group gave the governor a regional reopening plan for South Jersey as far back as May 12 — was willing to say a regional or a geographic approach may not be the best fit. And for good reason. Health metrics, she said, are now so specific that leaders can identify hot spots. And, simply put, one hot spot should not hold back an entire county.

“We need to look all throughout the state and pick and choose some pocket populations where we can test drive the economy and see if we can reopen the economy safely,” she said. “I think that’s very common sense and something worth considering.”

And they made it clear their groups feel the issue is much bigger than business.

“This isn’t about going out to eat,” Siekerka said.

That being said, a more business-centric approach could be necessary.

Bracken, who has run the state chamber for 10 years after decades in the banking industry, said putting decisions in the hands of local business leaders would be the business-school response.

Bracken noted that large companies are managed by divisions and small companies by departments.

Unlike Murphy’s current style of governing.

“Managing at an overall company level — with that kind of autocratic style — can create many inefficiencies,” Bracken said. “It will mask high-performance areas and it can prevent weaknesses from being identified due to lack of focus. The closer you can focus oversight over operating areas through empowering divisions, departments, etc., the better the overall performance.”

Murphy said the state needs to be run more like a company when it comes to reopening.

“Like high-performance companies, managing by region will yield the best results,” he said.

Which brings us back to Philadelphia.

Murphy, like all of the other Northeast region governors, applauded the announcement months ago when they said they would do their best to act cooperatively. At the time, they said it was to prevent people from jumping from one area to the next.

The business association heads Thursday applauded that way of thinking — back then.

Bracken said the state has no other choice.

“Things are getting no better,” he said. “We have no federal stimulus checks coming to our citizens. We have no federal unemployment assistance at the present time. There are no federal loans available to the small business community right now. A recent report listed New Jersey as the 48th-lowest state regarding economic growth and competitiveness.

“If this doesn’t get turned around, small businesses will continue to fail, the unemployment rate will go up. That’s a very bad downward spiral.”

All three said the data that Murphy so often points to no longer justifies his actions.

“We are jeopardizing and worsening our economic crisis right now by not opening more businesses,” Bracken said. “The medical data simply does not justify the current pause we are in.”

The question is: Will the reopening of restaurants in Philadelphia — or gyms in New York City — spur Murphy to act?