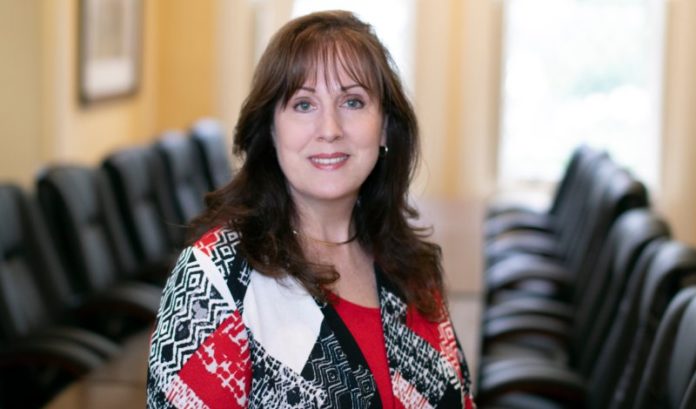 What does college enrollment look like in a pandemic? Depends on the students you’re asking about.

Donna Custard will tell you that, when it comes to students in New Jersey’s most underserved communities, the statistics are dire. It’s bad enough — even with the work of some local initiatives aimed at fixing disparities in student outcomes — that it’s hard for things to get worse.

Regardless, with the spread of COVID-19 knocking the whole education continuum off its axis, it just might.

The crux of the program — a local iteration of a national initiative — is the relationships developed between teacher-mentors and students, a group at high risk of dropping out of high school and never attending college.

“Because of the relationship that develops in the course of the academic year, some of the students have been telling me (during the pandemic), ‘My JAG teacher is the only one who checked in on me; they’re the only ones who care about me,’” she said.

JAG NJ students, who Custard said are expected to feel the effect of the pandemic the strongest, are about 90% economically disadvantaged and, in the same proportion, students of color. Custard calls this student population — at learning institutions in Newark, Vinewood and other New Jersey cities — a group with tremendous potential.

“However, the vast majority are low-income,” she said. “And that comes with a whole host of challenges for anyone low-income: access to food, housing, clothing and hygiene, medical attention.”

Long before schools were fretting about exposing students to COVID-19, the students JAG NJ served had significant challenges in attending and, as a result, succeeding in school thanks to their precarious living situations.

“Even when you take COVID-19 out of the equation, these students who are chronically absent tend to get relegated to the space where they fall through the cracks,” she said. “That’s where our program comes in. And, whether you pay for a program like this now, or let them fall through the cracks — our jails are filled with high school dropouts — we’ll have to pay for it in some form.”

Margaret Momber, another advocate for local underserved students, added that barriers go beyond getting individuals onto a campus. Without some advice and mentorship, students are just as likely to be lost and drop out after already being accepted into college.

And the whole collegiate picture is obscured quite a bit more during the constantly changing guidance for schools operating while a highly contagious virus is still in circulation.

“Undoubtedly, for all students — no matter the income level — this whole period is going to be damaging,” she said. “For people of color, it’ll be much more damaging, as the overall gap between student achievement is likely going to increase.”

Momber is executive director of the Student/Partner Alliance, which takes youth from lower-income areas who aren’t provided the same opportunities to pursue post-secondary education and pairs them with mentors and the tuition assistance that can increase their chances of making it into a college classroom.

The health crisis, in concert with the nation’s unemployment turmoil, has made it more evident than ever how important a college education can be, Momber said.

“And that’s not only to income, but health as well — in terms of having more of an opportunity to work from home and not in the front lines,” she explained.

As an example of what she’s observing, a pupil Momber mentors through the program continued driving for Uber to make necessary income while state officials were pleading for residents to stay indoors. That student was stricken with COVID-19 as a result.

She’s seeing this regularly — lower-income students and their families are forced to risk illness to make ends meet. At the same time, she’s scarcely heard of infections ravaging the wealthier families that make up the donor base of her organization and others.

Momber believes wealthier Jerseyans are sensitive to that. She’s seeing a big interest from donors in increasing support for Student/Partner Alliance when it’s needed most. Corporate sponsors have also stepped up support for financially insecure students and their families, Momber said.

But, when it comes to the philanthropic aid that organizations involved in this work receive, there’s no across-the-board truth.

For some, the shift in attention to what needs to be done to support frontline workers during the deadly pandemic has donations dwindling.

“A lot of corporations and private donors started helping with PPE, food banks and other organizations during the pandemic,” Custard said. “And, when it comes to foundations, there’s only a finite amount of money in those pools.”

The diversion of dollars to pandemic-related initiatives creates a funding gap for this program, even if support for the program has a provable effect on the state’s high school graduate rates and its economy, Custard said. She pointed to a Drexel University study demonstrating JAG students were more than twice as likely to secure employment than non-JAG students.

“And we have our own data that shows that we’re graduating students since 2012 at a rate of 92 to 100%,” Custard said. “And, in corresponding schools during that time period, it can be anywhere between 36 to 88%.”

New Jersey’s version of JAG is 100% privately funded. It’s the only organization in the 39-state network with zero state support, Custard said.

That’s making a bad situation worse for an organization trying to assist students facing their own unfavorable odds.

“We’re struggling, but we’ll make it through the year,” Custard said.

Google explains why it chose Princeton for its newest AI lab...