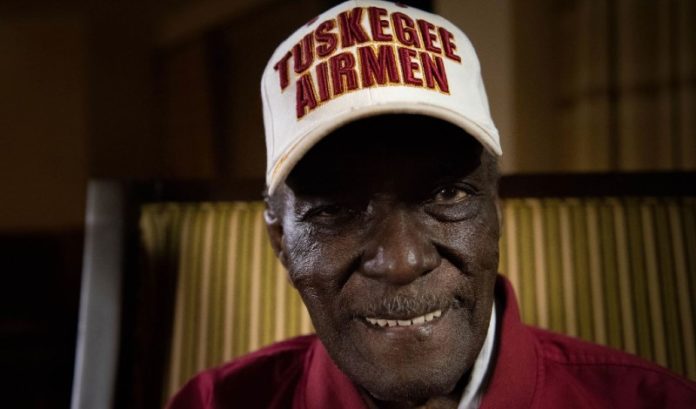 A flood of tributes came in this weekend for Willingboro resident James Cotten, a member of the fabled Tuskegee Airmen, 332nd Fighter Group, who died earlier this month at the age of 93.

Cotten, who was presented the Congressional Gold Medal for his service with the Tuskegee Airmen in 2012, was one of six veterans present when President Barack Obama paid tribute to the famed unit in 2013.

“James Cotten represented the best of New Jersey and our country,” U.S. Sen. Cory Booker (D-N.J.) said. “He not only defended this nation, but challenged it to live up to its highest ideals. Please join me in expressing gratitude for his service and sending our condolences to his loved ones.”

“James Cotten, like his fellow Tuskegee Airmen, is an American patriot who broke barriers to serve our nation in one of our greatest hours of need,” he said. “With 21 years of distinguished service in the U.S. Air Force, James was a trailblazer, and his contributions will forever be etched in our state and nation’s history. I extend my heartfelt condolences to his family during this difficult time.”

Sadly, Cotten almost was lost among a sea of other hidden figures of history. His death, on Aug. 14, drew little attention until David Wildstein of the New Jersey Globe reported it Saturday.

Wildstein told ROI-NJ he read about Cotten in a death notice that was published in the Burlington County Times — paid for by the family.

After the Globe put the story online Saturday afternoon, a flood of praises came in from top elected officials — including numerous representatives and state legislators, such as Assembly Speaker Craig Coughlin (D-Woodbridge).

“James Cotten epitomized true American heroism,” Coughlin said. “We all owe him our eternal gratitude for his faithful and brave service to his country. My prayers go out to the entire Cotten family and to the countless friends whose lives were made better by James. May he rest in peace.”

According to the Globe, Cotten spent 21 years in the Air Force before beginning a 45-year career as a contract administrator for the U.S. Department of Defense at Joint Base McGuire-Dix. He retired in 2012 at age 85.

Murphy reported Sunday that the state had 288 new positive COVID-19 cases, increasing the state total to 189,494. He also said the state had three more confirmed fatalities — one Aug. 15, another July 1 and a third May 11 — that increased the death toll to 14,117.

Murphy on longtime New Jersey Department of Children and Families employee Vernetta McCray, who was shot Friday night in front of her Trenton home in a random act of gun violence and died Saturday evening:

Vernetta McCray has worked for the Department of Children and Families for over a decade, gaining the respect of her colleagues and serving countless children and families in Mercer County. This tragedy is yet another reminder of the toll that senseless gun violence takes on our communities. Our prayers are with Vernetta, her family and her loved ones at this difficult time.”