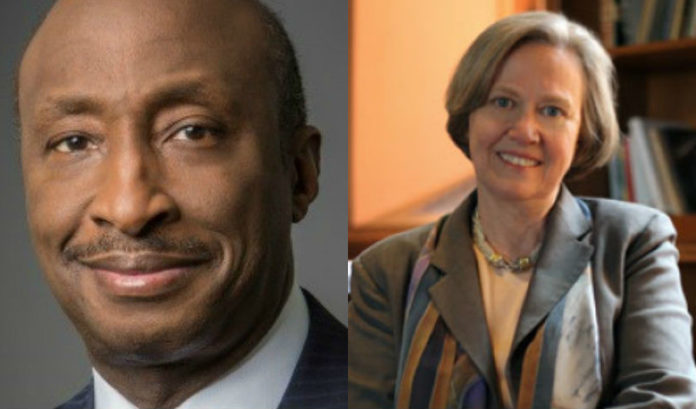 On April 28, Gov. Phil Murphy convened the Restart and Recovery Commission to help get an outside perspective on the state’s reopening plans. Now, almost four months later, the governor cites the commission as an invaluable part of New Jersey’s COVID-19 response.

“The ever-changing nature of this pandemic … brought to light the need for us to have a strong group of outside voices — experts in their own fields — to make sure we were leaving no stone unturned,” said Murphy.

The commission is made up of business leaders, educators and government officials from around the state. At Monday’s media briefing, Murphy was joined by the joint co-chairs of the commission, former Princeton University President Shirley Tilghman, and Chairman, CEO and President of Merck Ken Frazier.

Murphy continue to praise the commission, as he said it has given his team an outside perspective on the state’s recovery plans.

“As all of us in state government have been deeply engaged in fighting COVID-19, we have been keenly aware of the need to take a step back and survey the entire field,” Murphy said, “… whether it be for new opportunities or to see how our ongoing efforts have been impacting our state.”

Tilghman, who is also a professor of molecular biology and public policy, commended the Governor’s Office on emphasizing the importance of focusing on science when handling this virus.

“This is an administration that is driven by data, driven by science,” said Tilghman. “(The administration) understands that you will not have an economic recovery if you do not have a health recovery. That has been critical to everything this commission has done.”

Frazier agreed, and further elaborated on specific efforts the commission has made so far.

“Members of the commission have engaged with LabCorp to expand testing in New Jersey,” Frazier said. “We have worked with large employers in the state with an eye towards expanding local hiring and purchasing.”

He also cited the commission’s efforts, alongside the New Jersey Economic Development Authority, to create a marketplace for personal protective equipment. Commission members also have been studying the public transportation infrastructure and child care options to try and create an effective, staggered return-to-work schedule.

Frazier continued by speaking on how the commission is planning for the coming months.

“As we move forward, the commission will continue on its current course in advising the governor and advocating for an equitable and safe recovery,” Frazier said. “Our plan is to focus our efforts on economic and health planning to prepare us for the fall and winter.”

Murphy continued his praise for the commission.

“(The commission) has always been at the ready to provide that fuller picture, to sit and listen to other industry leaders to learn from their experiences, and to provide their own unique and expert guidance,” said Murphy. “(They’ve helped us to) make sure that every decision we have made was both fully informed and fully formed.”

Tilghman sent the praise right back to the governor and his team, commending them for their commitment to the goal of getting the state through this pandemic.

“We are well served by this governor and his extraordinary team,” explained Tilghman. “(They) are as dedicated as any individuals I have ever seen to getting New Jersey through this stronger and better than ever.”

BD exec worries about next variant, wonders about U.S. role in...