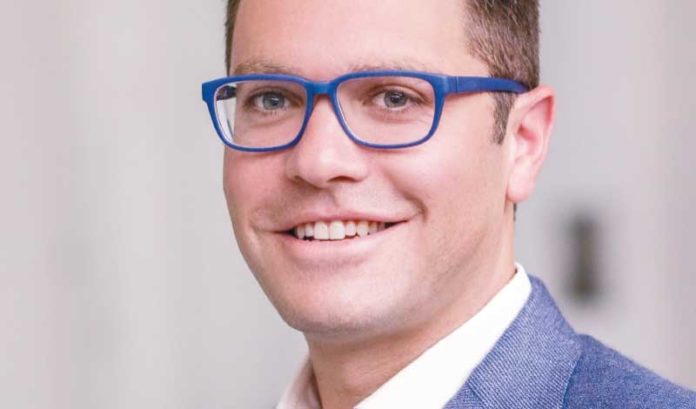 One of New Jersey’s startup success stories is OwnBackup, headquartered in Englewood Cliffs. The company, which also has a large presence in Israel and an office in Britain, recently raised $50 million in additional funds from existing investors in a Series D round and has been growing at a rate of 100% a year.

The Series D round was led by Insight Partners, based in New York, with participation from Salesforce Ventures and Vertex Ventures, both from California, less than one year after OwnBackup raised Series C financing. Existing investor Innovation Endeavors, also based in California, also participated in the follow-on round, which brought the company’s total funding to over $100 million.

Raising funds during a pandemic wasn’t so easy, Sam Gutmann, the CEO, told NJTechWeekly.com, even for a company with a compelling story, great team and outstanding record of achieving milestones. Gutmann’s difficulties arose from the uncertain financial environment, but it all turned out for the best, he said.

As Gutmann tells it, the team started conversations with its existing investors in late February/early March, “and then the pandemic really hit.” The portfolios of the existing investors were going up and down, and the founders got a little bit nervous. So, the OwnBackup leadership went on tour for a little while and had quite a few conversations with other investors. In the end, the round was oversubscribed, and was funded by the same group of investors that had backed the company before.

NJTechWeekly.com asked Gutmann what the company is doing with the funds it raised, and he said: “We’re growing 100% a year and we’re going to be hiring like crazy. We are approaching 250 team members today. We should be at about 300 by the end of the year. We’re hiring here in New Jersey for a number of top roles on the sales and go-to-market team, and for some back-office work. We are going to double the size of our R&D team in Tel Aviv, and maybe here, as well. And then we’re going to continue to expand.”

Gutmann noted that the company has space in its headquarters in Englewood Cliffs, to which it moved in September 2019, as well as in Tel Aviv and London.

“We’re going to be opening up offices in other geographic regions around the world in the next year or so,” he said. “It all comes down to, how do we continue to grow the business, and that comes down to great talent, and we’re hiring.”

The COVID-19 situation has made hiring a bit easier, he added, as there is more experienced talent out there and available.

NJTechWeekly.com asked Gutmann for his elevator pitch. He told us OwnBackup has a backup and recovery platform for Salesforce or anything else built on the Force.com platform.

“We exist not necessarily because Salesforce is going to go down,” he said. “They have an amazingly redundant and reliable platform. We exist for what we call ‘user-inflicted data loss,’ which is anything as simple as a sales rep deciding, ‘Hey, I’m going to delete all my accounts the day before I quit,’ though a more likely scenario would be some integration or customization going wrong and corrupting a subset of the data.”

Most people, he said, assume that their data is safe and sound. It’s in the cloud and it’s with Salesforce. It’s someone else’s problem. But that simply isn’t the case. Data will have the same vulnerabilities, whether it’s in the cloud or on a server under your desk, he said. It’s critical for a business to have its own backup and business-continuity strategy, and to have control over its data.

OwnBackup has a unique solution that has caught the attention of many customers. Gutmann explained that, to understand that solution, you have to think about backups in their simplest forms.

“You want to surgically understand what exactly was affected in the database. So, for example, if I delete 100 accounts in my database, but I have a million accounts, and all of those accounts are linked to leads and opportunities and emails, it could actually affect thousands of records in your database. You don’t want to roll back to the way the database was three weeks ago. Yes, you’ll fix the problem you deleted, but you’ll overwrite all the legitimate updates and work that was done to the rest of the million accounts.”

“Our tools allow you to very easily compare any two points in time, and then restore just the affected data.”

Gutmann talked a bit about the company’s vision, noting that its mission is to be “what we call the ‘single pane of glass’ for an enterprise to back up, protect and manage all of their (Software-as-a-Service) data. So, to date, we’ve been exclusively focused within the Salesforce ecosystem, which is huge. But, as we realize the vision and look at other clouds, we really see an IPO-sized entity ahead of us.”

Gutmann said that he will “double down on engineering” and build a number of additional products that will expand the company’s scope significantly over the next 12 to 24 months.

He added that he’s been involved with startups for 20 years, both on the operating and venture sides, and told us: “My mantra is that most startups fail because they fail to focus. So, we decided to exclusively focus, and it’s made phenomenal growth and results (possible).”

With this new funding, he said, OwnBackup will have the capital and resources to dedicate to other ecosystems, without the risk of becoming unfocused or sacrificing the growth that it is continuing to achieve.