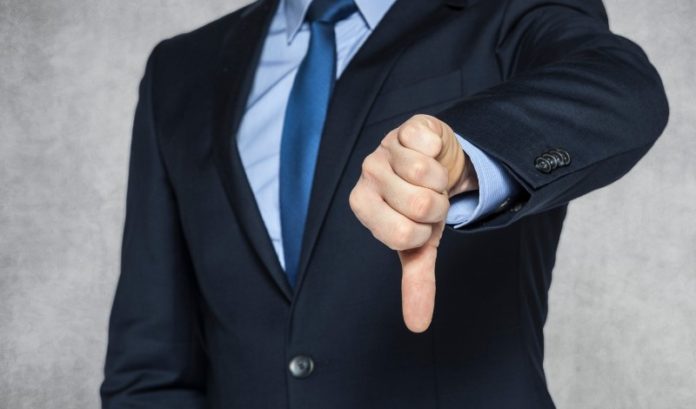 As Gov. Phil Murphy went on and on, discussing how the state was in position to rebuild the economy, correct all of its inequities, meet its pension obligations — and somehow come up with a more than $2 billion surplus — one was left to wonder: What world have we been living in the past six months?

Is it the one that has slowed our economy almost to a halt — creating an economic crisis Murphy himself said is matched only by the Civil War and the Great Depression?

Is it the one that has forced business owners and heads of households to explain to those they are responsible for about tightening their belts and sacrifice?

Or is it one where taxing businesses and the rich solves all problem?

Murphy proposed to spend $1.4 billion more than last year. The business community wasn’t having it.

Tom Bracken, the head of the New Jersey Chamber of Commerce, perhaps summed it up for all: “That was fantasyland,” he told ROI-NJ.

“It doesn’t even address the problem that created this budget: The lack of revenue because of the business shutdown because of COVID.

“That’s the problem. So, what are the solutions? There’s was nothing proposed to help businesses. It’s all spending on programs. I do applaud him for trying to help people. But none of that’s going to work unless we have a strong business community and a strong economy.”

Other business leaders shared the same sentiment. Michele Siekerka, the head of the New Jersey Business & Industry Association, said the budget does not reflect the reality of our times.

“Instead of keeping expenses low for our taxpayers, Gov. Murphy is raising taxes to make New Jersey businesses less competitive,” she said. “Instead of holding the line on spending, Gov. Murphy has proposed spending $1.4 billion, or 3.6%, more than the prior year and $5.4 billion, or 15.6%, more than the budget three years ago before he took office.

“And, instead of taking the opportunity to pursue the structural reforms that are so desperately needed to right-size our state budget and make New Jersey more affordable, this governor offers more of the same tax-and-spend policies that have brought us here to the edge of the fiscal cliff in the first place.”

Tony Russo, the head of the Commerce and Industry Association of New Jersey, said his group was disappointed there were not more reductions in state spending.

“In these uncertain and unprecedented times, the Commerce and Industry Association of New Jersey was disappointed that the governor’s proposed nine-month (fiscal year 2021) budget includes new taxes, extensive borrowing and limited reductions in state spending,” he said.

“New Jersey has never been in a more dire economic situation, with nearly a million and half New Jerseyans filing for unemployment and businesses suffering significant losses. With the future of New Jersey at stake, we urge the governor and the Legislature to kick-start our economic recovery by further reducing and controlling state spending and helping businesses by not further burdening them with new taxes.

“If approved, this budget will further impede our economic recovery and will place businesses in an untenable position resulting in additional job losses and businesses closing their doors permanently.”

The reaction to the budget was sharp — and came from all corners of the state.

Christina Renna, the head of the Chamber of Commerce Southern New Jersey, said tax increases on businesses will be devasting.

“So much has changed for the struggling business community and the workers they employ since the start of the pandemic; however, today made clear that Gov. Murphy does not see it that way,” she said. “Tax increases are rarely a good idea, but they are particularly unwise when imposed during tough economic times.

“Specifically, tax increases, such as the so-called ‘millionaire’s tax,’ have widespread implications for the economy given those individuals tend to be investors, entrepreneurs, microbusinesses and sole proprietors — the exact individuals driving the ‘Innovation Economy’ the governor has long touted as a cornerstone of his administration.

“The CCSNJ looks forward to vigorously weighing in on the proposed budget and working to identify more responsible options outside of tax increases that can help balance the state’s budget in the coming weeks.”

Speaking against the governor — especially after his signature address of the year — is never an easy thing for the business community to do. Such unanimous condemnation of the budget speech shows what they are feeling. And it also reveals what they feel is the only hope: the Legislature.

“NJBIA calls on our Legislature to fix this irresponsible budget,” Siekerka said.

Regina Egea, the head of Garden State Initiative, made the same plea.

“Luckily for New Jersey, our state constitution requires a budget be enacted by the vote of duly elected members in our local state Assembly and Senate districts,” she said. “Those legislators will have the uncomfortable obligation to look homeowners, families and small business owners in the eye and explain why borrowing $4 billion and raising taxes in order to spend more than last year is a plan that voters should admire.”