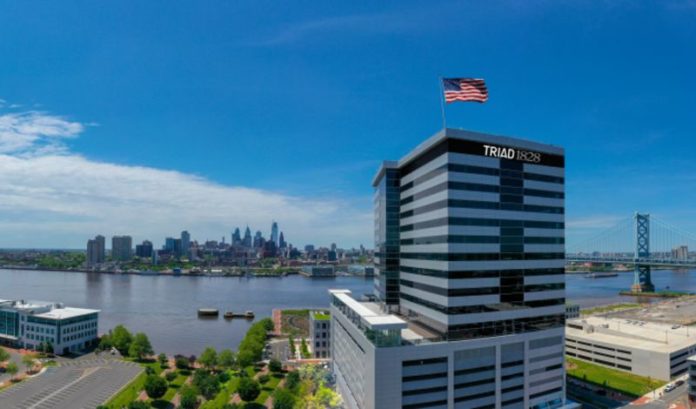 While Gov. Phil Murphy and members of the EDA Task Force he created were involved in a war of words with George Norcross and others over perceived abuses of the state’s tax incentive programs this summer, something else was quietly taking place: Conner Strong & Buckelew, the South Jersey insurance brokerage firm Norcross heads, took a step closer to an $86 million Grow New Jersey tax incentive by signing the agreement with the Economic Development Authority that sets the terms of the incentive.

The agreement, which is a procedural step in the incentive process, was signed by both sides May 5. It is based on the incentive that was originally approved by the EDA in March 2017 in connection with the $245 million headquarters Conner Strong & Buckelew built on the Camden waterfront with co-tenants NFI and the Michaels Organization.

Officials with Conner Strong & Buckelew, who have until March 2021 to provide the documentation that will used by the EDA in the incentive certification process, told ROI-NJ that the firm intends to do so by the end of September.

The EDA generally takes 4-6 weeks to review such documentation.

Conner Strong & Buckelew spokesperson Dan Fee said the company is pleased to be moving forward in the process.

“We are gratified that, at each step of the EDA’s approval process, CSB has met or exceeded its commitments,” he said. “We will submit final certification information, including the number of new and retained jobs, in the coming weeks, and the final audit by EDA will confirm that CSB has exceeded its jobs commitment by more than 10% and has brought nearly 100 new jobs from Philadelphia into New Jersey, in addition to further employment expansion.

“CSB is proud to be a member of the growing Camden community and thanks the EDA for being a partner in the city’s renaissance.”

EDA spokesperson Virginia Pellerin said: “This agreement is a procedural step forward in the process.”

The fact that Conner Strong & Buckelew is a step closer to certification may be surprising to anyone who read the three reports of the EDA Task Force, which — among other things — was critical of many companies connected to Camden.

The final task force report, issued in July, listed the incentive approved for Conner Strong & Buckelew as one that should receive more scrutiny — part of a group of incentives the task force said could result in $600 million of savings to the state if not awarded.

Where the certification process goes from here — and how it could be impacted by any investigations that are a result of the task force — remains to be seen.

Officials at Conner Strong & Buckelew said they are confident they have met the requirements spelled out in the May 5 agreement, which — among other things — stipulated that the company relocate and/or maintain 157 retained full-time jobs, while creating 111 full-time jobs.

The firm’s new headquarters, which opened in June 2019, now serves as home for employees who previously worked in Marlton or Philadelphia. The employees are now working remotely, but the EDA relaxed rules on doing so at the start of the pandemic.

The potential EDA tax incentive, $86.24 million over 10 years, accounts for approximately one-third of the cost of opening the headquarters. NFI and the Michaels Organization also have been approved for Grow New Jersey awards of a similar size as that approved for Conner Strong & Buckelew. The EDA did not provide information on the status of their applications.

Murphy has been highly critical of the state’s tax incentive programs since he was a candidate for governor, saying they were designed to benefit bigger companies that were not likely to leave and came at a per-job saving cost that was much higher than the standard. He also questioned if the awards were based on favoritism rather than the facts — and whether the promised jobs came to be.

Murphy, in one of the first executive orders he signed after taking office, ordered a review from the state comptroller. That report — which said there were significant “oversight” problems — led to the creation of the task force in January 2019.

The task force took a sharp look at projects in Camden — a move some felt was a personal attack by Murphy on Norcross, which the Murphy administration consistently has denied.

Norcross fought back against the task force, testifying before the state Senate in November 2019 that “misstatements, mischaracterizations and outright mistruths” regarding the incentives Camden companies had received were having a negative impact on the city.

Norcross filed a lawsuit in May 2019, attempting to block the release of the first report, saying Murphy did not have the authority to form the task force.

That effort was denied by courts twice, including in July of this year, when an appeals court ruled the EDA did not improperly target Camden companies.

The task force’s final report, issued three days later, did not focus on Norcross. Instead, task force Chair Ronald Chen criticized the culture of the EDA.

“In administering the tax incentive programs, the EDA has fostered a permissive culture of getting to yes with applicant companies, which resulted in a predisposition of EDA personnel to approval of tax incentives, and at higher amounts when possible,” he said.

The task force said such a culture helped the EDA miss obvious red flags, including 15 different companies applying for tax breaks while saying they all were considering moving to the same office complex in New York state, just a few miles across the border.

“I ordered this review 18 months ago based on the troubling findings in a report issued by our independent state comptroller,” he said at the time. “I knew then that our system of corporate tax incentives was not producing the promised jobs, but I had no idea of the ugly reality waiting to be uncovered.

“This administration will not tolerate fraud or self-dealing and we will ensure that every dollar of taxpayer money is spent wisely and effectively. Moving forward, any incentives offered must produce the number of promised jobs for our state.”

That’s a requirement Conner Strong & Buckelew is confident it has achieved.