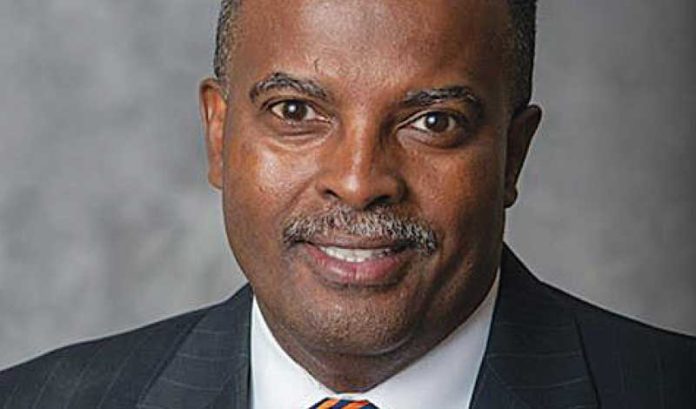 John Harmon, the founder and CEO of the African American Chamber of Commerce of New Jersey, isn’t afraid to speak up about causes that impact his community. So, it’s no surprise he spoke passionately about the recent police shooting of Jacob Blake — seven times in the back — in Wisconsin.

Harmon fears the feel-good statements and protests that followed the murder of George Floyd will be just that — feel-good moments that don’t produce much-needed action.

“After the murder of George Floyd and the sustained global protest and the outpouring of corporations and philanthropists declaring their commitment to address the injustices and economic inequities of Blacks in America, we could have easily concluded that America was transitioning into a country that we all envisioned,” he said. “However, with the recent shooting of Jacob Blake, which resulted in him being paralyzed from the waist down, what should we conclude?

“It would be inconsequential at this point to say that Black people have had enough.”

Harmon, who has long advocated for more leadership from the corporate world, said he was encouraged by the actions of professional athletes.

“It is extremely encouraging to see professional athletes throughout the United States take a stand on the continued injustices imposed on Black people, and to forfeit compensation and personal accomplishments to support their people,” he said. “This is a true demonstration of the ideal of being ‘my brother’s keeper.’”

“Notwithstanding the statements and pledges of support that have been made to improve conditions for Blacks, there is no formal agenda or legislation action that has been codified,” he said.

“Yes, there is a formal campaign to change the leadership in Washington, D.C.; however, neither party has declared a definitive Black Agenda that would substantially improve health, safety, education, economic opportunities both for individuals and business owners.

“Yes, there have been a few initiatives to address many of these areas; however, things appear to be reverting to a past that many hoped we were moving away from.”

Harmon is especially bothered by what he sees in the cities.

“In most urban cities, wherein the power is controlled by party bosses, Blacks are not a priority in any of the areas mentioned above, which is unfortunate, given how the Black vote has placed many of these leaders in positions of power,” he said.

It is time, Harmon said, for leaders to lead.

“The late Maya Angelou declared that, when people show you who they are, believe them. … It is difficult to determine who is truly committed to the interest of Blacks in America; it appears that we are being played by both sides politically, and, in spite of our collective best efforts, there still remains uncertainty at every turn,” he said.

“However, we cannot lose faith, because that has always been our source of true optimism.”