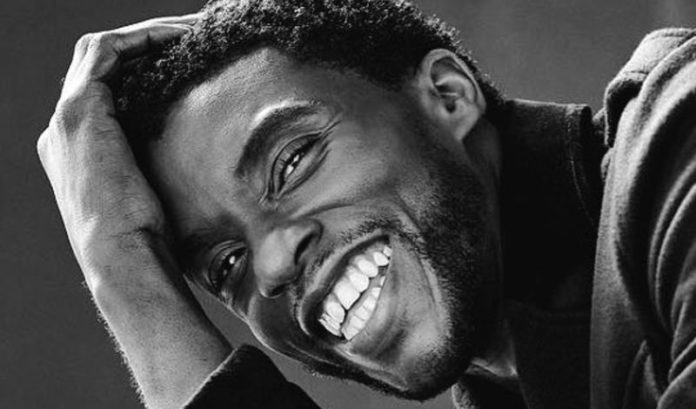 The impact of the passing of actor Chadwick Boseman this weekend cannot be overstated.

Boseman was more than an actor who was a literal superhero, one who starred in the colossal 2018 hit “Black Panther,” which proved movies with a Black superhero lead could be a box-office bonanza.

His on-screen success revealed the possibilities of the present to an international film industry while his roles reintroduced Civil Rights icons — Thurgood Marshall, Jackie Robinson and James Brown — to the next generation of African Americans.

And, perhaps most of all, Boseman was a person who showed grace and dignity until the end — someone who few knew had colon cancer, a battle he fought privately until his death Friday at age 43. It’s why his death was mourned by millions, including former President Barack Obama and Oprah Winfrey.

Boseman’s legacy, however, may only be getting started.

His death could represent the impetus to change how health care is delivered in minority communities. It is an opportunity that should not be missed.

Perhaps overshadowed in recent months by the equally important calls for racial justice is this: People of color — due to structural and systematic racism and, often, due to a lack of access to health care, especially preventative measures — are impacted by illnesses and afflictions at a far greater rate than the white population.

COVID-19 has shown this in dramatic fashion. Gov. Phil Murphy and Health Commissioner Judith Persichilli have repeatedly said as much while revealing the state’s heath metrics.

Boseman’s death should amplify it.

The fact that Boseman was diagnosed with colon cancer at age 39 — a disease where the average age of diagnosis is 68 — proves the point.

Shereef Elnahal, the CEO of University Hospital in Newark and the former state health commissioner, said he hopes Boseman’s passing will shed a light on the need for more screenings and preventive care on the most vulnerable populations.

“As we all celebrate the legacy of Chadwick Boseman, let this time also serve as a reminder of the importance of outreach around the need to engage in colon cancer screening,” he said. “Health care systems must ally with institutions of trust in vulnerable communities to get as many people as possible into preventative and primary care.”

Michellene Davis, an executive vice president at RWJBarnabas Health — and someone who has lost two family members to colon cancer — agreed. She said the numbers are overwhelming.

Colorectal cancer is the third-most-common cancer in both men and women in the U.S. and the second-most-common cause of cancer-related death, she said. And African Americans, she said, bear a disproportionate burden, with an incidence of CRC that is more than 20% higher than in whites and an even larger difference in mortality.

“African Americans are more often diagnosed with CRC at an earlier age and with more advanced disease,” she said.

This is where change can come.

Medical guidelines have long established screening at an age based on the majority culture. However, clearly the incidence and mortality rates require screening at an earlier age than 45 or 50 for the Black community, Davis said.

“African Americans are often found to have advanced tumors and advanced cancer when screened at the CDC recommended age range,” she said. “Health care must change this. This disease progresses rapidly in our system and, too often, physicians who are ignorant to this disparity fail to diagnose and treat us early enough.”

Davis said members of the African American community — particularly those with a family history — should demand screening far earlier, as soon their late 30s and early 40s.

“It is my hope that that we will take Mr. Boseman’s passing as a mandate to engage in self-care as a revolutionary act and encourage our insistence on being screened,” she said. “Health care disparities continue to highlight the failures of a health system which has not been designed to address the rich uniqueness of different demographics.”

John Harmon, the founder and head of the African American Chamber of Commerce in New Jersey, was distressed that someone so important in the Black community was lost so soon.

Harmon praised Boseman for his persevering for four years with the disease — even filming “Black Panther” while undergoing treatment. Harmon feels Boseman represents a toughness in the Black community some may not understand.

“The spirit and resolve of Mr. Boseman is reflected in the personalities of most Blacks in America,” he said. “Our inherent ability to exemplify our best, notwithstanding our circumstances and internal turmoil that we, our family or brothers and sisters are experiencing daily, is what we are about.”

The ability to overcome that — and make such a difference — is something Boseman should be remembered for, Harmon said.

“Mr. Boseman’s early departure from this world underscores the significance of life and why we as a collective must be more focused on having a purposeful existence,” he said. “His body of work, including his volunteerism and making time to share words of inspiration to future leaders during commencement programs and social interactions will never be forgotten.

“The dash between Mr. Boseman’s birth and departure from this world speaks to a legacy that will serve as motivation for some to believe that the perceived impossibilities are attainable.”

That Boseman passed so young — and from a disease that possible could have been treated had it been caught earlier — speaks to the bigger point. One Harmon is quick to make.

“Today’s environment has exposed a host of inequities, particularly those that adversely impact the lives of Black people; health, wealth, education, opportunity and relevance as a meaningful demographic in New Jersey and the United States,” he said.

Changing that could be the ultimate legacy of Chadwick Boseman.