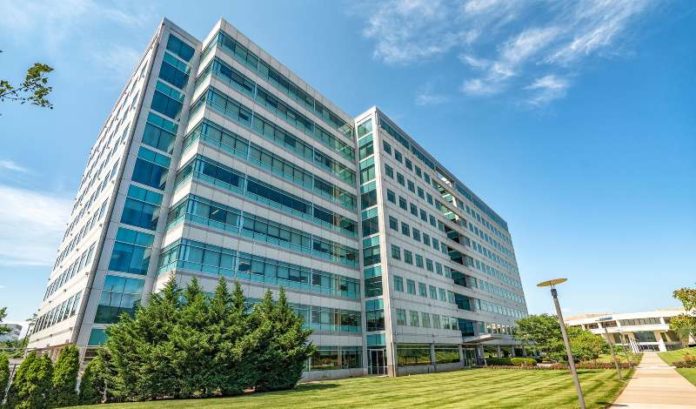 A Class A office property in Metropark has sold for $140 million, according to real estate services firm Cushman & Wakefield.

The 470,692-square-foot building at 194 Wood Ave. S. in Iselin was sold by the owner, insurance company AIG, to Opal Holdings, C&W said in a news release. The deal represents a price of approximately $297 per square foot.

“SJP has done an excellent job operating and maintaining this asset in recent years alongside AIG, preserving its trophy quality and elite status within the submarket,” Gabriel said in a prepared statement.

SJP Properties was the original developer and still serves as property manager.

The nine-story property is 100% leased to seven tenants, with IBM serving as anchor tenant. C&W said investment-grade companies make up nearly 90% of the tenant roster.

“SJP has a reputation for building exceptional product that withstands the test of time, and this asset is a prime example,” DiTommaso said. “Opal Holdings recognized the rare opportunity to own a premier building in Metropark, which has remained one of the dominant submarkets in the New York metropolitan area year after year.”