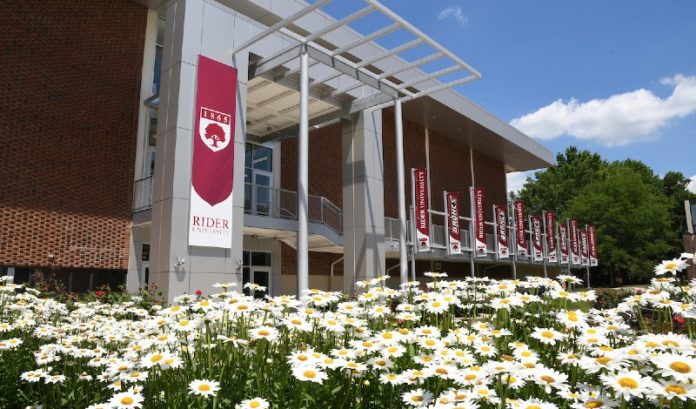 In a move that figures to make a lot of New Jersey families happy, Rider University announced Wednesday it is dropping the cost of an undergraduate education by 22%.

School officials said the reduction is one of a series of new measures intended to strengthen the overall value of a Rider education.

The new initiative, called Lifting Barriers, is designed to help students break through significant obstacles they face in obtaining a college education and a successful career, including understanding the true cost of college and the ability to adapt, both socially and academically, in a college environment and beyond, Rider President Gregory Dell’Omo said.

“These new measures continue our bold action to provide an exceptional educational value for our students,” he said. “Because a college education remains one of the most important investments individuals can make in their lifetimes, our goal is to help lift any barrier that prevents a student from thriving at Rider University, including those who assume a private education is out of reach based solely on the sticker price.”

Like many universities, Rider currently follows a complex pricing model that provides substantial discounts through scholarships and financial aid. Drew Aromando, vice president of enrollment management, said the school wants to simplify this.

“While we’re very proud of our ongoing commitment to providing financial aid, which will not change, the current model creates a significant hurdle for students and families who believe the sticker price immediately puts a Rider education financially out of reach,” he said.

“The new tuition rate also aims to keep more New Jersey students from leaving the state to attend public or private institutions at out-of-state tuition rates that are similar. After careful analysis, we determined that providing more immediate clarity to the actual final cost of a Rider education would serve prospective students, the institution and the state of New Jersey better.”

Under the new tuition model, Rider officials said the school will continue to generously award financial aid and scholarships. Ninety-nine percent of all students currently receive Rider-funded scholarships and financial aid — a percentage that is not expected to change under the new model. But for new students who receive the new, lower advertised tuition, the need for financial aid also will be lower. Rider will adjust these awards according to the reduced need, which means out-of-pocket costs to students will remain similar.

“This strategy reduces the trajectory of Rider’s high-tuition, high-discount pricing model, which was ballooning to unrealistic levels, but it does not change our commitment to generously awarding financial aid and scholarships,” Aromando said.

“We’re committed to full transparency in comparing how the two models would affect every individual and will work one-on-one with them until they share our confidence that they are receiving the best and most fair deal,” Aromando said.

Along with changes to tuition, Rider officials also announced adjustments to its Engaged Learning Program. The changes are designed to bolster the university’s already strong record of preparing students for successful careers, school officials said.

Rider has set a new target that 95% of all students, beginning with the Class of 2025, will participate in enriched career preparation experiences such as internships, guided research and fieldwork across all disciplines, including the arts, sciences, business and more.

Although the current Engaged Learning Program, which launched in 2017, already requires students to participate in meaningful cocurricular experiences in order to graduate, the new measures double down on those experiences most likely to lead to career success.

Kim Barberich, the executive director of Rider’s Office of Career Development and Success, said this is another way the school can show the value of a higher ed diploma.

“More than ever, students want to know that their education will directly lead to a positive outcome upon graduation,” she said. “Launching our Engaged Learning Program confirmed that experiences like internships are directly correlated with career preparedness.

“Our priority is to build on this knowledge so that we are doing everything within our power to help ensure Rider students are prepared to succeed professionally immediately following graduation.”

To make this possible, Rider is investing heavily in Career Development and Success with new staff, enhanced technologies and other additional resources so students have the support they need to develop on-the-job skills, build their resumes and make valuable connections.

In July, Rider launched the new Student Navigation Office, which is designed to provide students with a proactive approach to success coaching that consists of a robust support system connecting them to their academic, social, career-oriented needs and resources.

This September, Rider is scheduled to open the new space for its Center for Diversity and Inclusion, a cornerstone in promoting a safe and welcoming physical environment and campus climate that garners a sense of belonging for the university’s diverse community.

According to the school, Rider students complete more than 1,400 internships, co-ops and field placements. Within one year of graduation, 92% of bachelor’s degree recipients and 96% of master’s degree recipients from Rider’s Class of 2019 were employed, pursuing graduate study, volunteering or in the military, according to a survey conducted by Rider’s Office of Career Development and Success.

“Taken as a whole, these changes should send a clear message that Rider stands very competitively alongside our peers, including public colleges and universities,” Dell’Omo said. “I’m extremely confident in the unique strengths Rider possesses to support students on their journey of achieving their personal and professional goals.”

Freshman year for free: Why N.J. would be wise to partner...