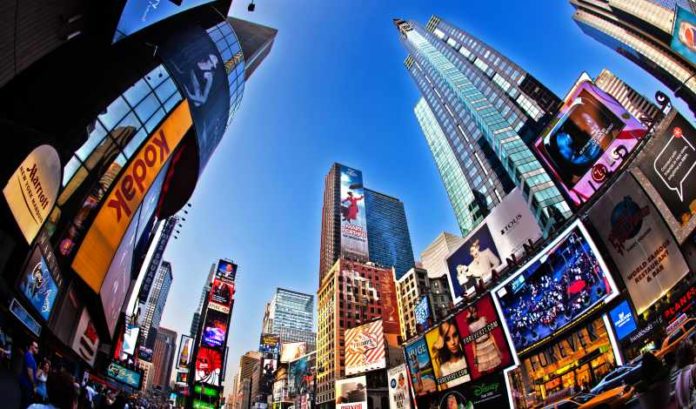 It’s not so surprising that Chiesa Shahinian & Giantomasi is expanding during 2020. After all, the West Orange-based firm added 30 attorneys in 2019 and has grown 13% since 2018.

But the fact that the firm is growing its physical space and doing so in New York City — doubling down on an expansion plan that started before the COVID-19 pandemic shut down much of the work world in Manhattan — might be cause for a pause.

The firm announced in August that it has expanded its presence at 11 Times Square, upgrading a 5,500-square-foot office that already was filled with seven employees to an 8,500-square-foot space that can comfortably hold more than a dozen.

And CSG did so at a time when all of these employees spend the vast majority of their time working from home — a policy the firm’s leaders feel will be in place for some time.

Mitch Berkey, chair of the firm’s real estate practice and a member of the firm’s management committee, knows the issues of the day. But he also knows New York City.

Berkey, who worked in the city for nearly two decades before coming to the firm in 2003, said the firm is bullish on the city — and is comfortable waiting for its reopening.

“I am so firmly convinced of the resiliency of New York and the future of our New York office and the importance of the New York office to CSG’s future growth that we are 100% bullish on the city,” Berkey said. “Our New York office is at the forefront of our strategic plan going forward. It has been something that we have planned very seriously.”

The plan started to take shape in the summer of 2016, when the firm took the original space — and did so without a merger or the beginnings of a new practice group, the usual impetus for such a move.

“The thinking was that we had a real critical mass of New York-based work, and to best serve that clientele, we wanted boots on the ground and a physical presence,” Berkey said.

“We originally took the space with an eye toward it being a place where the CSG attorneys who work in the New York market could come in meet with clients and service our clients. But the goal was always to have it as an independent self-sustaining office with resident partners and other returnees there.

“Our game plan was to soon fill the offices that we had. So, when we opened up that space and we were very selective when it came to filling that space with people who would be resident in that office.”

It has since added Amrita Chadha as a law clerk with the immigration group, as well as Philip Chronakis (litigation) and Adelina Sklyar (real estate).

Berkey said bringing in all that talent that will help the firm grow in New York City. It’s just not doing it now.

He said the adjustment — like all others in the time of COVID-19 — has been interesting. He said he misses the office, but he’s grateful that he can be home helping with his wife and young children during these trying times. Jaffe is especially grateful, he said, that he isn’t being pressured to return to the city space.

“I’m torn, because I’m really excited about getting back into our New York office — especially now that we’ve expanded and we have this beautiful space,” he said. “But there’s also obviously some anxiety that comes with having to commute back into the city and what child care will look like.

“Quite frankly, (the leaders) have said, ‘We’re not going to push you back into that office until you feel comfortable being able to do so.’ It’s been very reassuring to know the firm is not going to push us back to the office right away.”

Berkey said the firm has been adamant about one thing since the start of the pandemic: The health and safety of its staff is the utmost importance. He said the management committee understands that some members have young children, others care for older relatives and some have preexisting conditions.

“We have a very special environment here at CSG,” he said. “We have a phrase we like to use — and in some contexts, it might sound corny — but it’s something we take to heart: We’re a family.

“We immediately made the decision not to furlough and not to reduce compensation. And, going beyond that, we are very mindful that, in this brave new world and the new abnormal, there are different stresses that different attorneys and staff members may have.”

The bigger and better New York City office can wait.

And, when the firm is able to make it more of a full-time work destination, it knows the situation is going to be different. The big conference room for depositions may or may not be needed as much. It depends on how the post-pandemic world operates. One thing that’s certain: More attorneys will be added.

Jaffe, the longtime New York City lawyer, said he is content to wait it out.

“I think that we’re set in our ways, particularly New York lawyers. And, so, ultimately it may change how we do some things, but I don’t think it’s the death of the office.”

“I see this as taking advantage of the situation that we’re in and looking at things for the long term — not just in the next six months, but in the next two, three, four, five years,” he said. “I think it’s a testament to sort of the mindset that the firm has. It’s not stagnant. It’s very forward-thinking, but in a very deliberate, thoughtful and comprehensive manner. It’s one of the key factors that drew me to the firm.”

Berkey said CSG only is betting on one thing: New York City.

“We have a positive view, long term, of the city,” he said. “We’re focused on where we’re going to be. That’s why, even with the current environment, we never hesitated. It was always full speed ahead.”

Attorneys: Companies should modify their PTO policies because of paid sick-leave...

Levine: Firms can’t be too ready for cyber breach