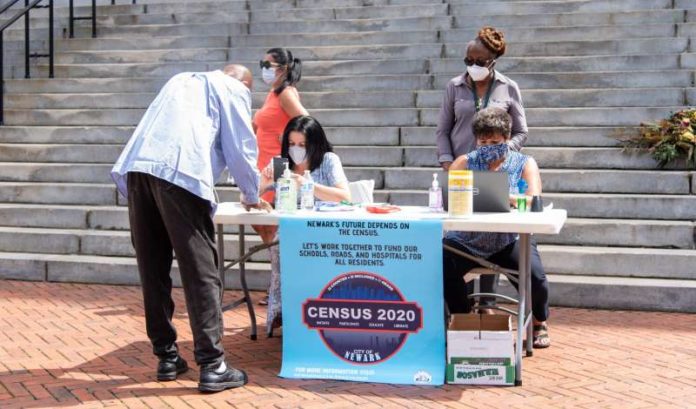 State and local leaders have been pushing for New Jersey residents to fill out a census form all summer. Now, with less than a month to go before the count is finished, officials in Newark are adding an extra incentive to do so: a $50 ShopRite gift card.

Thanks to a donation, residents of Newark who have not previously signed up to be counted will get the ShopRite gift card if they complete a census form at the Newark Public Library between 11 a.m. and 2:30 p.m. Mondays, Wednesdays and Fridays.

People who receive one-on-one assistance to complete the census online will receive a gift card. City officials said the incentive is for Newark residents (identification required), and one gift card per family will be given while supplies last.

The program started Thursday at City Hall, when the 150 Newark residents who filled out census forms receive a $50 gift card.

State officials said the use of things such as giveaways or raffles for gathering census information is not illegal. In fact, it is quite common.

A look at the numbers in Newark shows why there may be a need.

While 60% of Essex County residents have self-responded to the census, the number drops to 47.7% for Newark residents, according to a spokesperson for the secretary of state. The statewide response rate currently is at 67.3%.

Residents throughout the state can fill out their census forms at 2020Census.gov.

Mayor Ras Baraka said there is far more at stake for Newark residents to complete the census than just to maintain bragging rights as the state’s largest city.

“We are at a time in history where it is more important than ever for Newark’s population to be accurately counted, so that our city and its residents can receive their fair share of federal aid and support, and that we are properly represented in the U.S. Congress and state Legislature,” he said. “I urge our residents to make sure they stand up and get counted by Sept. 30 in the census, as well as at the ballot box when it’s time to vote.”

On Monday, Gov. Phil Murphy made his latest plea for state residents to fill out the census.

Murphy said the state is on track to exceed our response rate from 2010. He noted, however, that just surpassing that percentage would still cost the state.

“We know that we were undercounted in the last census,” he said. “Because of that, we’ve lost out on literally billions of dollars of federal aid and assistance over the past decade — money for schools and public health, transportation and food security, and even COVID-19 relief.”

The U.S. census is mandated by the U.S. Constitution and conducted by the Department of Commerce every 10 years. It determines how Congressional districts are drawn and how federal funds are appropriated. These funds touch nearly every aspect of life in states and municipalities, including education, housing, health care and all other federal aid.

Wisniewski named to NJSBDC advisory board

Menendez in the lead for Senate over Hugin, but by a...