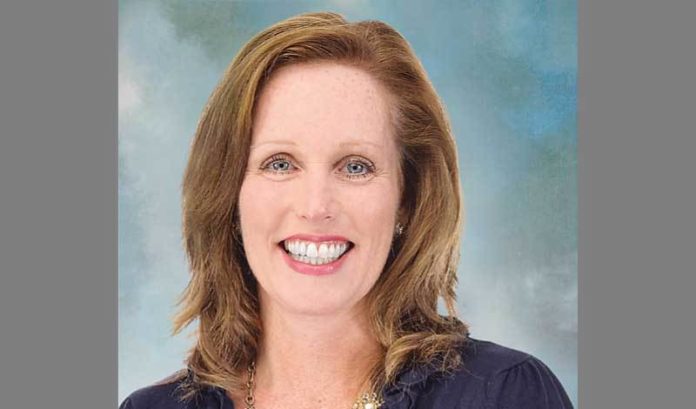 Diane Wasser, partner-in-charge of accounting firm EisnerAmper LLP‘s New Jersey footprint, knows it sounds odd, but, when it comes to new accountants in today’s remote work environment, there’s no way to fake it until you make it. There’s no hiding.

“You always had a crutch at work, such as the ability to ask someone a quick question or ask several people the same question if you’re having trouble understanding it,” she said.

The takeaway — one of many for soon-graduating students diving head-first into a vastly changed landscape for accounting — is that problem-solving is different now. It’s more deliberate and independent. A lot is different now.

Wasser said the pandemic has brought with it a need for an entirely new skillset for the accounting apprentice, as well as accelerated a movement toward technology-focused skills. Even if, in some ways, a recent revision to the CPA exam already made it apparent that was expected of the industry’s recruits.

Philip Sookram, assistant professor of accountancy at Saint Peter’s University, said the profession is evolving quickly. And it usually falls on colleges to provide graduates with the most up-to-date skillset.

“So, the way we have to approach that from the academic space is to keep in touch with the industry — corporate partners and alumni at firms — to hear about what trends they’re seeing and what skillsets they would want from incoming staff, our students.”

Those existing classrooms and entering companies today might have been inherently more tech-savvy than previous generations, but firms also want someone who can guide clients on cybersecurity and more advanced digital services that require some instruction.

At the same time, the tech platforms that are in use professionally right now might not be the same ones students are regularly utilizing. TikTok, in other words, isn’t included.

“In business, we’re conducting Zoom everything now,” Sookram said. “But our students aren’t necessarily using it as often. So, it’s actually become important to incorporate a skillset focused on using something like Zoom. We want to make it so, when students get to the workplace in a situation like this, it won’t be their first rodeo.”

Jeff Agranoff, chief human resources officer at Grassi & Co., said his firm has been working closely with large schools in the region, giving students some insight into what’s important to be prepared for entering today’s accounting world.

“And, so, we’re talking about how to work remotely, how to conduct yourselves on Zoom or other online platforms, how to write professional emails,” he said. “These have all been important, but now they’re huge topics.”

As everyone in the industry says, digital skills were already trending toward being in high demand at accounting firms. Now there’s little doubt it’s a must-have.

“The (pandemic) has just pushed even more the importance firms placed on college students having good skills with technology and knowing how it can impact solutions for clients,” he said.

Agranoff added that students will still have to come with all the traditional skills that will guide them through in-person scenarios. Meeting with clients, presumably, isn’t taking a permanent hiatus.

Sookram generally agrees. While there might be some new items to add to the curriculum, there’s no replacement for some of the basic skills accountants need once they enter industry.

“While having digital skills is important, the reality is, the role of CPA is what we say it is: We’re the trusted adviser,” Sookram said. “So, what’s going to continue to be important is not only being accurate, but advising people on what the best move is.”

From outside the industry, accounting professor Philip Sookram will tell you what some firms sometimes won’t — that accounting has had a job turnover problem for years.

“I’ve heard from those at firms that it’s up to a nine-digit cost for that turnover,” he said. “So, firms are spending millions of dollars in hiring and training, retraining. It just begs the question: As CPAs, shouldn’t we be looking for a solution that’s less expensive?”

He’ll also tell you what he believes the main issue is: The industry is not the most diverse place.

“And, actually, that’s really an understatement,” he said. “The AICPA has a trends report it comes out with … and it’ll tell you that partners are 91% white. And 87% of partners don’t expect that to change, according to a survey they did.”

How are those two trends connected? Sookram said firms haven’t done enough to retain diverse talent. Mostly because young accountants look at who’s at the top — almost all white individuals — and it doesn’t take much to figure out that it’ll be difficult to rise to those ranks themselves.

“We’ve had racial injustices going on for 200-plus years, if we can all agree on that,” Sookram said. “CPA firms have been around for more than 100 years, and there’s a set of people at the top holding the line. I know, from working in these firms, there are minority senior managers who still haven’t become partners after four, five or six years. Ultimately, they jump into another firm, and try to do the same thing there.”

As much as accounting firms don’t like to admit it, minority talent just hasn’t been embraced at the top wings of leadership, Sookram said. And that means more than just lacking people of color at conference tables, he added. It means lacking differing mindsets and cultural knowledge.

Before being hired for his current tenure-track faculty position at Saint Peter’s University, Sookram said he was surprised to find himself released from a position at an accounting firm. Firms should be developing minority talent, he argues — not pushing them out the door.

Lori Reiner, EisnerAmper’s chief people officer, a role that oversees talent acquisition and professional development, said she’s been busy at her firm undergoing a two-month diversity and inclusion review process to make sure of that.

“We recognize that this has been a profession for many, many years that has remained traditionally white,” she said, adding that, “For our firm, recruiting diverse talent and retaining them is very important. We want to create a situation that’s not just good for us at EisnerAmper, but the professional themselves.”

Accounting firms find some high-wealth clients will come out ahead despite...