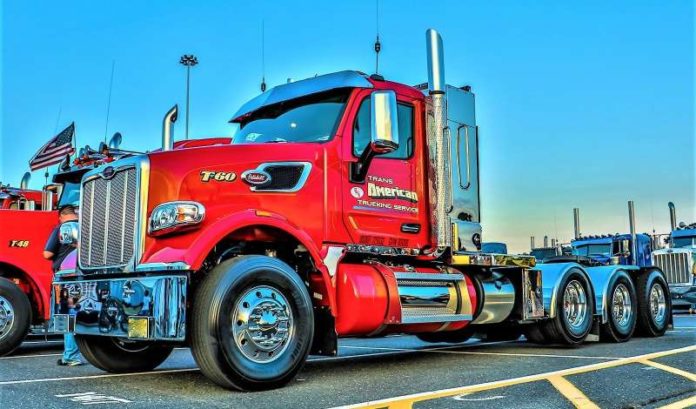 Steve Quadrel is a third-generation trucker. And his daughter is an entomologist, studying insects for a living.

That’s one way of saying that the next generation of truckers isn’t guaranteed … for him or anyone else.

“Years ago, if your father was a truck driver — more than likely, you’d become one, too,” he said. “Today, unfortunately, some of the schools no longer offer students a path toward that trade. And being a truck driver is not seen as the glamour job it was years ago.”

Quadrel, president of Lakewood-based All Chemical Transport Corp., has people driving for him that are 75 years old. There’s no one lining up to fill their seat, even as the pandemic — and, until recently, a smooth-sailing economy — has heightened the amount of freight that needs to be hauled across the country.

“There’s just not a lot of younger people who want to come into this profession and work weekends, work away from home and work 10- or 12-hour days,” he said. “Because of that, the average driver is around 60 years old now.”

If you’re wondering if it’s getting worse than it was said to be in recent years — when labor data still painted a blurry picture of how many truckers were actually absent in the sector — Quadrel, being in the driver’s seat, can tell you it is.

And the pandemic certainly isn’t steering the trend in a different direction.

For Craig McGraw, vice president of sales and marketing at South Plainfield-based Trans American Trucking & Warehouse, it’s not just a trend — it’s something that keeps you up at night. As the average age of the industry’s crucial workers is driven higher each year, he’s wondering how the sector can function without replacements.

Now the industry is being asked to make a case for more young people to enter a profession that’s offering none of the flexibility that workers in other sectors have had the luxury of enjoying during shelter-in-place recommendations.

“I think, for a lot of younger people, they’re finding the idea of working remotely attractive, and that’s not something truck drivers are at all able to do,” McGraw said. “The opportunity to work in New York and live somewhere on the West Coast could deter people from getting involved in this field.”

Computer-oriented jobs, by most measures, prevail over something like trucking in terms of popularity for those entering the working world. Regardless, there has been enough of a trickle of new entrants into the field to fuel the labor requirements of trucking companies until now.

“So, as of now, we can still cover everything,” McGraw said. “But, in another five or so years, we’ll get to a point of real scarcity.”

McGraw said most of the industry’s workers are about that many years from retirement, providing only a short window of time for new truckers to spend the needed hours under the wing of the more veteran, near-retirement truckers.

McGraw, like Quadrel, once saw that influx of new truckers coming mostly from young men and women following in the footsteps of parents that were in the profession.

Quadrel, who does have a son who only recently expressed interest in starting off in the business, understands the reluctance to subject one’s kids to the toils of trucking today.

“Generally, you’re trying to do the right thing for your kid, and make their life easier than yours,” Quadrel said. “It’s just that the industry is very fragile. We all need truckers. With the economy revved up, that gets worse, because we’re all competing for the same truckers.”

There’s also the (robotic) elephant in the room: Will the anticipated autonomous vehicle revolution spare the industry from this dilemma altogether?

“Maybe if you’re moving coffee beans from point A to point B,” Quadrel answers. “But, in trucking businesses such as ours, moving chemicals, I just can’t see that happening.”

It’s unknown exactly when the use of self-driving trucks might take off — or if it’ll be in time to make up for shortages in the industry.

Marc Lebovitz, president at Westfield-based Romark Logistics, added that — regardless of the particular segment of the trucking industry a company is dealing with — the physical component of the job has made recruitment especially difficult during the pandemic.

“On top of there being a shortage of people who want to be out on the road and away from family, truckers are also putting themselves at extra risk (from COVID-19) during times like this,” he said. “Truck drivers, by design, are traveling around and going places that they just have to trust are safe and secure.”

There’s another, more positive side of the coin — at least for truckers. The lack of them is leaving companies few other choices but to look more appealing to recruits by offering higher pay.

And there are a few bright spots to be found for the companies, as well, during the pandemic. Business for this industry is still rolling, even with other sectors coming to a stop, which is a selling point for anyone in need of reliable employment.

“So, hopefully, there’s an opportunity in recruiting in the fact that we’re an industry that kept steady during these challenging times,” Lebovitz said.

ROI-NJ presents ‘The Interview Issue,’ our annual Q&As with some of...